Alternet Systems (OTC Other: ALYI) is making a year-end push to drive shareholder value higher. And investors should take notice. Better still, take action. Coming off revised higher guidance to deliver $2 million in revenues this year, ALYI announced its expectation to close two deals to substantially strengthen its operating position in Africa. The strategic acquisitions should create new revenues streams and enhance the ones already in place. And with management expecting to post at least $2 million this year, that’s excellent news.

Its new deals, which could close as early as November, intend to better position ALYI to leverage the value of its EV and EV Ecosystem assets. Particularly, the deals should help ALYI penetrate the East African markets by strategically integrating its assets into the motorcycle taxi market in Kenya. But that’s just the starting point. Kenya is planned as the first of several markets developed in 2022.

Even better news is that ALYI expects to earn profits sooner rather than later. That’s made possible by a series of partnerships and working agreements designed to enhance margins and simultaneously penetrate markets with its best-in-class ReVolt EV motorcycle. In fact, ALYI expects to double-dip into the taxi operations by selling and servicing its innovative EV motorcycle and its innovative battery designs into a burgeoning market.

And that’s just one part of the plan. ALYI is also planning to capitalize on untapped potential by acquiring a second business to accelerate its mission to bring to the market an annual brand name EV race accompanied by an industry-wide symposium expected to attract the biggest names in the industry. Better still, they plan to attract even the smallest brands in the sector, potentially leading to additional partnerships. As ALYI is proving, combining several smaller companies’ expertise can lead to rapid and possibly exponential growth.

That’s already happening. ALYI recently announced it expects to generate upwards of $2 million this year from sales of its first electric motorcycles into the African motorcycle market. And that’s just the start. While its ReVolt EV motorcycle is attracting substantial attention, it’s just one part of an entire EV Ecosystem addressing the massive adoption of electric power worldwide.

ALYI is also targeting substantial revenue-generating opportunities beyond its innovative vehicles, including the required mechanical and digital systems that go into designing and building a state-of-the-art electric vehicle. That means that partnerships with companies like iQSTEL, Inc. (OTC:IQST) can be a powerful contributor to its planned offerings to support the charging and maintenance infrastructure needed for consumer and commercial vehicles. Moreover, it’s not all about its own products. ALYI is advancing a strategy to support an entire market, with its innovative battery designs, for instance, helping to usher global markets move from combustion engines to electric-powered vehicles.

Thus, consider ALYI much more than a single product company. And while its ReVolt can deliver significant near-term revenues, the longer-term opportunities can be exponentially larger. Moreover, with its open arms approach to developing markets through collaborative efforts, reaching lofty targets can happen sooner rather than later. As they like to call it, it’s democratized participation. And with security token RevoltTOKEN financing a significant part of its mission, future boosts to revenue are likely.

Delivering on Promises Made

And that comes after a challenging year for all businesses. Obviously, it’s no secret that the ongoing pandemic brought a near halt to global commerce. And what did make it through the logistical channels had more to do with survival than with general trade. But, the climate is returning to some sense of normalcy. That’s excellent news for ALYI and its investors.

In fact, despite some ongoing global supply chain issues, ALYI can again focus on building its EV Ecosystem, ReVolt EV included. That means the agreements and partnerships made over the past eighteen months can now be monetized. Better still, ALYI can prove that the pieces assembled will be well worth the patience gave by investors. What is also apparent is that deals made have transformed ALYI from a company with a single ReVolt EV motorcycle into one capitalizing on multiple revenue-generating market opportunities.

And its stock’s recent move higher suggests that investors are returning to the ALYI opportunity. In fact, its more than 47% jump since the start of October could be a precursor of better things to come. Rightfully so. ALYI is better positioned today than they were when share prices were at the $0.20 level at the start of the year. Hence, ALYI and its investors have every reason to expect returning to those levels, which, by the way, would be a more than 1170% surge from today’s price.

Indeed, the sum of its parts positions ALYI to touch those levels faster than many may believe. Normalizing markets, an EV sector growing at a furious pace, and their attention toward under-served markets can expedite the return to those levels.

Driving Into An Untapped Africa Market

Moreover, ALYI’s doubling of revenue guidance shows they are on track to deliver. Of course, they know more than investors. And the optimism comes after announcing its plan to build a sustainable electricity production facility in Africa. That facility is expected to streamline revenues, cut redundant overhead, and provide additional resources to tap into other EV markets.

One to keep in mind is the EV battery sector, which is booming. This vertical is mentioned because ALYI has an ongoing development partnership with iQSTEL, Inc. to deliver state-of-the-art battery technology that can change the market landscape. IQST, by the way, is a $60 million company entrenched in the telecom, FinTech, and technology sector. Hence, they are good to have on the ALYI team. News on that program could be imminent.

Remember, too, ALYI’s strategy is to target markets considered substantial in its eyes but yet too small for EV pioneers like Tesla (NASDAQ: TSLA) to entertain. Even General Motors (NYSE: GM), which is pumping billions into the sector with a primary focus on EV car production, has its eyes elsewhere. Thus, while Africa indeed presents a billion-dollar market opportunity, those players demand multiples of that before investing in specific geographic areas. Of course, that’s excellent news for ALYI.

And that’s the plan. More importantly to that proposition is that ALYI is relatively unchallenged in its targeted markets. Thus, reaching its goal to increase the number of vehicles per 1,000 inhabitants from 44 to 100 could happen sooner than later. While more than doubling the per capita rate sounds ambitious, its ecosystem strategy provides a head start to reaching that goal.

Here’s the better news. ALYI is getting help. UBER (NYSE: UBER) announced extending its reach into the Africa market, establishing a presence in the ride-share business there, too. For ALYI, UBER’s entry into the market can expedite its own plans. Remember, UBER develops the service side and doesn’t supply the vehicles. Thus, ALYI can capitalize on filling the needs on the product side. Remember, an UBER market without enough service vehicles simply doesn’t work.

Therefore, with ALYI’s ReVolt EV motorcycle an efficient, easy to operate, and cost-effective means for thousands of people to enter the boda-boda business, they are better positioned than most to ride the coattails of UBER’s development strategy.

A Surge In Progress

Hence, a near-perfect storm of opportunity is forming. In fact, while investors can’t overlook the catalyst that UBER can usher in, there’s plenty more to like. ALYI has the strongest balance sheet in its history, is collaborating and partnering with EV industry experts, and has a financing partner in RevoltTOKEN to accelerate each of its revenue-generating initiatives.

Moreover, revised guidance to $2 million expected in the next two months, the planned delivery of its ReVolt EV motorcycles into Kenya, and its accelerated plan to introduce a global EV symposium and race in Africa is value not reflected in its share price. But, the excellent news for current and considering investors is that ALYI stock is moving higher. That means investors are responding in kind to its strategy to deliver shareholder value in the coming days, weeks, and quarters.

Indeed, indicators suggest that now isn’t the time to look away from Alternet Systems. Instead, they show that the time is ripe for investor consideration, especially ahead of a company-changing revenue report. And with that catalyst coming in fewer than 75 days, positioning ahead of that release may be wise. Obviously, buying pressure is sending ALYI stock higher. Following the herd mentality may benefit investors at these levels.

Disclaimers: Hawk Point Media is responsible for the production and distribution of this content. Hawk Point Media is not operated by a licensed broker, a dealer, or a registered investment adviser. It should be expressly understood that under no circumstances does any information published herein represent a recommendation to buy or sell a security. Our reports/releases are a commercial advertisement and are for general information purposes ONLY. We are engaged in the business of marketing and advertising companies for monetary compensation. Never invest in any stock featured on our site or emails unless you can afford to lose your entire investment. The information made available by Hawk Point Media is not intended to be, nor does it constitute, investment advice or recommendations. The contributors may buy and sell securities before and after any particular article, report and publication. In no event shall Hawk Point Media be liable to any member, guest or third party for any damages of any kind arising out of the use of any content or other material published or made available by Hawk Point Media, including, without limitation, any investment losses, lost profits, lost opportunity, special, incidental, indirect, consequential or punitive damages. Past performance is a poor indicator of future performance. The information in this video, article, and in its related newsletters, is not intended to be, nor does it constitute, investment advice or recommendations. Hawk Point Media strongly urges you conduct a complete and independent investigation of the respective companies and consideration of all pertinent risks. Hawk Point Media was compensated up to five-thousand-dollars by a third-party to research, prepare, and syndicate written and visual content about Gourmet Provisions International Corp. Readers are advised to review SEC periodic reports: Forms 10-Q, 10K, Form 8-K, insider reports, Forms 3, 4, 5 Schedule 13D. For some content, Hawk Point Media, its authors, contributors, or its agents, may be compensated for preparing research, video graphics, and editorial content. Hawk Point Media LLC has been compensated up to four-thousand-dollars in cash via wire transfer by a third party to prepare and syndicate content for Alternet Systems. 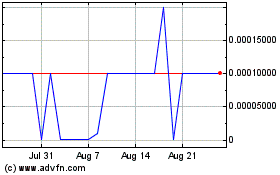 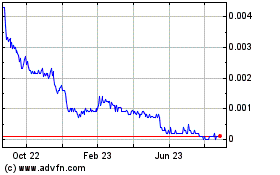 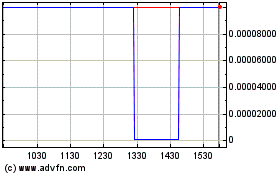