The purpose of the metallurgical work (the "Program") is to further investigate the best recovery process for La Negra mineralization.  Results from the Program will be used by the Company to advance La Negra along the path towards an initial mineral resource estimate and a preliminary economic assessment (PEA).
Work will include:

The above tests will help determine the preferred process for recovery of La Negra silver mineralization, whether it be whole ore leaching, leaching of a floatation concentrate or the production and sale of a lead concentrate.

The McClelland Laboratories work indicated leach recoveries in bottle roll tests ranging from 78 to 96.5%, averaging 86.7%, and that mineralization is amenable to whole ore milling/cyanidation treatment at 80% passing a feed size of 75 micrometers. Head grades of samples used ranged from 73 to 247 gpt silver.

The Company looks forward to Blue Coast beginning their evaluation of La Negra to further elucidate the potential that this property holds.

La Negra, situated 7 kilometers north of the Promontorio Resource, is a high-grade silver discovery which the Company believes has the potential to become a low strip, open pit mining operation. To date, 95 drill holes totaling approximately 17,000 meters have been completed with most intercepts returning widespread silver mineralization from surface to a vertical depth of over 300 meters.

The Kootenay technical information in this news release has been prepared in accordance with the Canadian regulatory requirements set out in National Instrument 43-101 (Standards of Disclosure for Mineral Projects) and reviewed and approved on behalf of Kootenay by James McDonald, P.Geo, President, CEO & Director for Kootenay, a Qualified Person.

Kootenay Silver Inc. is an exploration company actively engaged in the discovery and development of mineral projects in the Sierra Madre Region of Mexico and in British Columbia, Canada. Supported by one of the largest junior portfolios of silver assets in Mexico, Kootenay continues to provide its shareholders with significant leverage to silver prices. The Company remains focused on the expansion of its current silver resources, new discoveries and the near-term economic development of its priority silver projects located in prolific mining districts in Sonora, State and Chihuahua, State, Mexico, respectively.

Forward-looking statements are necessarily based upon a number of factors and assumptions that, while considered reasonable by Kootenay as of the date of such statements, are inherently subject to significant business, economic and competitive uncertainties and contingencies.  Many factors, known and unknown, could cause actual results to be materially different from those expressed or implied by such forward-looking statements.  Readers are cautioned not to place undue reliance on these forward-looking statements, which speak only as of the date made.  Except as otherwise required by law, Kootenay expressly disclaims any obligation or undertaking to release publicly any updates or revisions to any such statements to reflect any change in Kootenay's expectations or any change in events, conditions or circumstances on which any such statement is based.

Cautionary Note to US Investors: This news release may contain information about adjacent properties on which we have no right to explore or mine. We advise U.S. investors that the SEC's mining guidelines strictly prohibit information of this type in documents filed with the SEC. U.S. investors are cautioned that mineral deposits on adjacent properties are not indicative of mineral deposits on our properties. This news release may contain forward-looking statements including but not limited to comments regarding the timing and content of upcoming work programs, geological interpretations, receipt of property titles, potential mineral recovery processes, etc. Forward-looking statements address future events and conditions and therefore involve inherent risks and uncertainties. Actual results may differ materially from those currently anticipated in such statements. 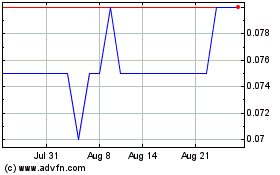 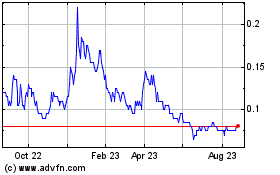 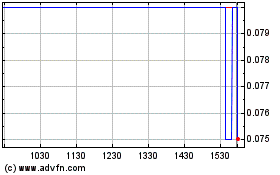