Kutcho Copper Corp. (TSXV: KC, OTC: KCCFF) (“Kutcho Copper” or the “Company”) is pleased to provide an updated mineral resource estimate that is currently being utilized in its Feasibility Study on its 100% owned Kutcho high grade copper-zinc project located in British Columbia (“Kutcho Project”). The mineral resource estimate was prepared under the direction of Robert Sim, P.Geo, of SIM Geological Inc. (SGI).

“We are pleased to announce an updated mineral resource estimate for the Kutcho Project that incorporates the substantial work completed over the past few years, and most notably since the previous resource estimate, incorporating the improved metallurgical recoveries achieved in 2020. The updated estimate of mineral resources includes an 8% increase in Measured and Indicated tonnes and a 24% increase in Inferred tonnes compared to the 2019 resource estimate (see Company’s press release dated March 4, 2019). This updated mineral resource is currently being used as the foundation for the Feasibility Study, which remains on track to be completed this June. In addition, there remains significant exploration potential between, below and along strike from the existing mineral resources, providing further upside opportunities to grow the size of the project.,” stated Vince Sorace, President & CEO of Kutcho Copper.

Four priority targets exist on the Kutcho project that are located between, below or along strike from existing mineral resources (Figure 1). These targets represent high probability drill areas that could result in significant accretive value to the Kutcho project;

The mineral resources are estimated in conformity with generally accepted CIM Estimation of Mineral Resources and Mineral Reserves Best Practices Guidelines (November 29, 2019) and are reported in accordance with NI 43-101. Drill core samples used to estimate mineral resources were collected in accordance with industry standards and were submitted to the ALS sample preparation laboratory in Whitehorse, Yukon Territory, Canada, and then transferred to ALS' laboratory in Vancouver, British Columbia, Canada for fire assay and ICP analysis. The precision and accuracy of the assays were monitored through the systematic inclusion of standards, blanks and check assays. Mineral resource estimates are generated using a total of 362 drill holes at the Main deposit, 118 drill holes at the Esso deposit, and 29 drill holes in the vicinity of the Sumac deposit. Drill holes are collared from surface and extend to depths of 700m below surface in some areas. Mineral resource estimates are derived from three-dimensional block models with nominal block sizes measuring 5 x 2.5 x 5m (LxWxH). Resource estimates are generated using drill hole sample assay results and the interpretation of geological models which relate to the spatial distribution of copper, zinc, gold and silver in the deposits. Interpolation characteristics are defined based on the geology, drill hole spacing, and geostatistical analysis of the data. The effects of potentially anomalous high-grade sample data, composited to 1 metre intervals, are controlled using both traditional top-cutting as well as limiting the distance of influence during block grade interpolation. Block grades are estimated using ordinary kriging and have been validated using a combination of visual and statistical methods to ensure they are appropriate representations of the underlying sample data. Resources in the Measured category are delineated with drill holes on a regular 25m pattern. Resources in the Indicated category are delineated with holes on a nominal 50m pattern and resources in the Inferred category occur within a maximum distance of 100m from a drill hole. The deposits form consistent zones of mineralization, above the base case cut-off grades, that are considered to exhibit reasonable prospects for eventual economic extraction using underground extraction methods.

Robert Sim, P.Geo., a Qualified Person as defined by NI 43-101, is responsible for the estimate of mineral resources presented in this news release and has reviewed, verified and approved the contents of this news release as they relate to the mineral resource estimate, including the sampling, analytical, and test data underlying the mineral resource estimate. Mr. Sim is independent from Kutcho Copper and confirms there were no limitations from the company in verifying the drilling and sample data with site visit observations and monitoring of the QAQC program. Kutcho's additional disclosure of a technical or scientific nature in this press release has been reviewed and approved by Mr. Rory Kutluoglu, B.Sc, P.Geo., Kutcho's Exploration Manager, who serves as a Qualified Person under the definition of National Instrument 43-101.

Kutcho Copper Corp. is a Canadian resource development company focused on expanding and developing the Kutcho high grade copper-zinc project in northern British Columbia. Committed to social responsibility and the highest environmental standards, the Company intends to progress the Kutcho Project through feasibility and permitting to a positive construction decision.

For further information regarding Kutcho Copper Corp, please email info@kutcho.ca or visit our website at www.kutcho.ca.

This news release contains certain statements that may be deemed “forward-looking statements” with respect to the Company within the meaning of applicable securities laws. Forward-looking statements are statements that are not historical facts and are generally, but not always, identified by the words “expects”, “plans”, “anticipates”, “believes”, “intends”, “estimates”, “projects”, “potential”, “indicates”, “opportunity”, “possible” and similar expressions, or that events or conditions “will”, “would”, “may”, “could” or “should” occur. Although Kutcho Copper believes the expectations expressed in such forward-looking statements are based on reasonable assumptions, such statements are not guarantees of future performance, are subject to risks and uncertainties, and actual results or realities may differ materially from those in the forward-looking statements. Such material risks and uncertainties include, but are not limited to, the Company’s ability to raise sufficient capital to fund its obligations under its property agreements going forward, to maintain its mineral tenures and concessions in good standing, to explore and develop the Kutcho project or its other projects, to repay its debt and for general working capital purposes; changes in economic conditions or financial markets; the inherent hazards associates with mineral exploration and mining operations, future prices of copper and other metals, changes in general economic conditions, accuracy of mineral resource and reserve estimates, the potential for new discoveries, the potential to convert inferred resources to indicated or measured resources, the potential to optimize the mine plan, the ability of the Company to obtain the necessary permits and consents required to explore, drill and develop the Kutcho project and if obtained, to obtain such permits and consents in a timely fashion relative to the Company’s plans and business objectives for the projects; the general ability of the Company to monetize its mineral resources; and changes in environmental and other laws or regulations that could have an impact on the Company’s operations, compliance with environmental laws and regulations, aboriginal title claims and rights to consultation and accommodation, dependence on key management personnel and general competition in the mining industry. Forward-looking statements are based on the reasonable beliefs, estimates and opinions of the Company’s management on the date the statements are made. Except as required by law, the Company undertakes no obligation to update these forward-looking statements in the event that management’s beliefs, estimates or opinions, or other factors, should change.

Statements concerning mineral resource and mineral reserve estimates may also be deemed to constitute Forward-Looking Statements to the extent that they involve estimates of the mineralization that may be encountered if the Kutcho Project is developed.

A photo accompanying this announcement is available at https://www.globenewswire.com/NewsRoom/AttachmentNg/95c7845c-27e3-4893-9a2d-8bab3c329a02 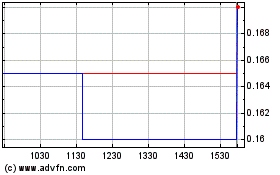