Torex Gold Resources Inc. (the “Company” or “Torex”) (TSX: TXG) announces that three of its founding Directors – Andrew Adams, Michael Murphy (co-founder), and Fred Stanford – will not stand for reelection at the Company’s annual shareholder meeting (the “AGM”) in June 2021. At the same time, Fred Stanford will resign from his executive role with the Company. Richard Howes, currently Lead Independent Director, will stand for nomination as Chair at the upcoming AGM.

“At recent AGMs, investor voting has indicated a preference that Directors with more than ten years of service stand aside to allow for a “Board refresh”. We respect that, and the process of Board refresh started last year with the appointment of four new Directors. This year, there are many excellent Director candidates willing to put themselves forward for election, so Andrew, Michael, and I will stand aside to make room for them.

“As expected, both Jody Kuzenko and Rick Howes have transitioned quickly into their new roles. My role as Executive Chair was always meant to be transitory as they settled in. With both of them performing very effectively in role, I will resign as a Torex Director and executive. Looking to the future, I plan to pursue my interest in commercializing Muckahi technology and building Muckahi mines.

“Looking to the past, I have had a front row seat since the founding of the Company. Andrew and Michael have been there for the entire journey as well. As the business grew and developed in a challenging jurisdiction, it has not always been smooth sailing. Collectively, we found a path through social and technical challenges and have created a very healthy business with a solid social, technical, and financial foundation; one that a great many people inside and outside of the Company are proud to be associated with. On behalf of so many, I would like to thank Andrew and Michael for their contributions over more than a decade. Both have provided thoughtful perspectives, commitment, judgement, and steady hands throughout. It has been a pleasure to build a company with them.

“Since this is my final official comment on behalf of Torex, I would like to make a few other acknowledgments. First to Terry MacGibbon (co-founder), who talked me into taking on the CEO role. Building a successful values-based company has been a tremendous experience. Terry has been a wonderful mentor throughout and makes a difference wherever he goes. Second to our Directors, investors, and the sell-side teams, whose support, advice, and coaching has been more than helpful and very much appreciated. Finally, I must acknowledge our internal and external team members. In our value-based approach, we tried to create a work experience that led to team members willingly giving their best. Their best has been amazing, and I know that they will continue to routinely achieve the impossible. It has been an honour to be a part of what the team has accomplished, and I look forward to our paths crossing again.”

“It is with tremendous gratitude to Fred, Michael and Andrew that we announce these changes, which will take effect at the next AGM in June. All three individuals have been instrumental over the past decade in building the Company from the ground up, and in so doing, have set a solid foundation for future growth and value generation. On behalf of our entire team, I thank them and wish them all the best as they move on to their future endeavours. I’m honoured to stand as nominee as Chair of the Board and look forward to continuing the excellent work they started as we look to the future.

“I especially want to acknowledge Fred for his formative work in defining the character of our organization, including the strong spirit of innovation that now exists within the Company’s DNA. The Company will continue to assess whether the Muckahi Mining System will be deployed at Media Luna and/or elsewhere as we actively pursue growth opportunities both within our Morelos property and in other jurisdictions.

“The refresh of our Board of Directors is ongoing, and the new slate of Directors that will stand for nomination will be announced along with the Proxy Circular that will be publicly released in May.”

ABOUT TOREX GOLD RESOURCES INC.Torex is an intermediate gold producer based in Canada, engaged in the exploration, development, and operation of its 100% owned Morelos Gold Property, an area of 29,000 hectares in the highly prospective Guerrero Gold Belt located 180 kilometers southwest of Mexico City. The Company’s principal assets are the El Limón Guajes mining complex (“ELG” or the “ELG Mine Complex”) comprising the El Limón, Guajes and El Limón Sur open pits, the El Limón Guajes underground mine including zones referred to as Sub-Sill and El Limón Deep (“ELD”), and the processing plant and related infrastructure, which commenced commercial production as of April 1, 2016, and the Media Luna deposit, which is an advanced stage development project, and for which the Company issued an updated preliminary economic assessment in September 2018. The property remains 75% unexplored. 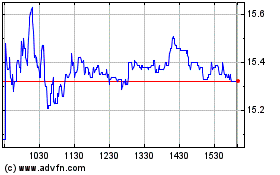