TORONTO, Jan. 31, 2022 /CNW/ - Loncor Gold Inc. ("Loncor" or the "Company") (TSX: LN) (OTCQX: LONCF) (FSE: LO51) is pleased to announce that it has filed on SEDAR a National Instrument 43-101 technical report relating to the Preliminary Economic Assessment ("PEA") of the Company's proposed open pit Adumbi gold deposit within its 84.68%-owned Imbo Project in the Democratic Republic of the Congo (the "DRC")  Results of the Adumbi PEA were reported in the Company's December 15, 2021 press release.

A copy of the Adumbi PEA technical report can be obtained from SEDAR at www.sedar.com under Loncor's issuer profile.

In addition, the Company reports that it has been in preliminary discussions with potential strategic partners with respect to further development of the Company's Adumbi and Makapela gold deposits (see below for information in respect of Makapela).

Based on the positive results of the Adumbi PEA, further work is warranted at Adumbi to advance the project up the value curve by completing follow up feasibility studies on the project.  A number of potential opportunities have been identified for increasing mineral resources and enhancing the economics and financial returns at Adumbi that include the following:

Cautionary Statement:
The Adumbi PEA is preliminary in nature and includes Inferred Mineral Resources in the open pit outlines that are considered too speculative geologically to have the economic considerations applied to them that would enable them to be categorized as Mineral Reserves.  There is no certainty that all the conclusions reached in the Adumbi PEA will be realized.  Mineral Resources that are not Mineral Reserves do not have demonstrated economic viability.

Qualified Persons
Mr. Philemon Bundo, Senior Vice President of Process at New SENET (Pty) Ltd, and Mr. Daniel Bansah, Chairman and Managing Director of Minecon Resources and Services Limited, are the "qualified persons" (as such term is defined in National Instrument 43-101) who are responsible for the technical information disclosed in this press release.  Mr. Bansah and Mr. Bundo have reviewed and approved the contents of this press release.

Technical Reports
Additional information with respect to the Company's Adumbi deposit (and other properties of the Company within its Imbo Project) is contained in the technical report of New SENET (Pty) Ltd and Minecon Resources and Services Limited dated December 15, 2021 and entitled "NI 43-101 Preliminary Economic Assessment of the Adumbi Deposit in the Democratic Republic of the Congo".  A copy of the said report can be obtained from SEDAR at www.sedar.com.

Information with respect to the Company's Makapela Project, and certain other properties of the Company in the Ngayu gold belt, is contained in the technical report of Venmyn Rand (Pty) Ltd dated May 29, 2012 and entitled "Updated National Instrument 43-101 Independent Technical Report on the Ngayu Gold Project, Orientale Province, Democratic Republic of the Congo".  A copy of the said report can be obtained from SEDAR at www.sedar.com and EDGAR at www.sec.gov.

Additional information with respect to Loncor and its projects can be found on Loncor's website at www.loncor.com

Cautionary Note to U.S. Investors
National Instrument 43-101 - Standards of Disclosure for Mineral Projects ("NI 43-101") is a rule of the Canadian Securities Administrators which establishes standards for all public disclosure an issuer makes of scientific and technical information concerning mineral projects.  Unless otherwise indicated, all resource estimates contained in this press release have been prepared in accordance with NI 43-101 and the Canadian Institute of Mining, Metallurgy and Petroleum Classification System.  These standards differ from the requirements of the U.S. Securities and Exchange Commission, and resource information contained in this press release may not be comparable to similar information disclosed by U.S. companies.

Cautionary Note Concerning Forward-Looking Information
This press release contains forward-looking information.  All statements, other than statements of historical fact, that address activities, events or developments that the Company believes, expects or anticipates will or may occur in the future (including, without limitation, statements regarding estimates and/or assumptions in respect of production, revenue, cash flow and costs, estimated project economics, net present values, Adumbi project opportunities, mineral resource estimates, potential underground mineral resources, potential mineralization, potential gold discoveries, drill targets, potential mineral resource increases, exploration results, and future exploration and development plans) are forward-looking information.  This forward-looking information reflects the current expectations or beliefs of the Company based on information currently available to the Company.  Forward-looking information is subject to a number of risks and uncertainties that may cause the actual results of the Company to differ materially from those discussed in the forward-looking information, and even if such actual results are realized or substantially realized, there can be no assurance that they will have the expected consequences to, or effects on the Company.  Factors that could cause actual results or events to differ materially from current expectations include, among other things, uncertainty of estimates of capital and operating costs, production estimates and estimated economic return, the possibility that actual circumstances will differ from the estimates and assumptions used in the Adumbi PEA, the possibility that future exploration (including drilling) or development results will not be consistent with the Company's expectations, the possibility that drilling or development programs will be delayed, activities of the Company may be adversely impacted by the continued spread of the widespread outbreak of respiratory illness caused by a novel strain of the coronavirus ("COVID-19"), including the ability of the Company to secure additional financing, risks related to the exploration stage of the Company's properties, uncertainties relating to the availability and costs of financing needed in the future, failure to establish estimated mineral resources (the Company's mineral resource figures are estimates and no assurances can be given that the indicated levels of gold will be produced), changes in world gold markets or equity markets, political developments in the DRC, gold recoveries being less than those indicated by the metallurgical testwork carried out to date (there can be no assurance that gold recoveries in small scale laboratory tests will be duplicated in large tests under on-site conditions or during production), fluctuations in currency exchange rates, inflation, changes to regulations affecting the Company's activities, delays in obtaining or failure to obtain required project approvals, the uncertainties involved in interpreting drilling results and other geological data and the other risks disclosed under the heading "Risk Factors" and elsewhere in the Company's annual report on Form 20-F dated March 31, 2021 filed on SEDAR at www.sedar.com and EDGAR at www.sec.gov.  Forward-looking information speaks only as of the date on which it is provided and, except as may be required by applicable securities laws, the Company disclaims any intent or obligation to update any forward-looking information, whether as a result of new information, future events or results or otherwise.  Although the Company believes that the assumptions inherent in the forward-looking information are reasonable, forward-looking information is not a guarantee of future performance and accordingly undue reliance should not be put on such information due to the inherent uncertainty therein.

Cautionary Note Concerning Mineral Resource Estimates
The mineral resource figures referred to in this press release are estimates and no assurances can be given that the indicated levels of gold will be produced. Such estimates are expressions of judgment based on knowledge, mining experience, analysis of drilling results and industry practices.  Valid estimates made at a given time may significantly change when new information becomes available.  While the Company believes that the mineral resource estimates included in this press release are well established, by their nature mineral resource estimates are imprecise and depend, to a certain extent, upon statistical inferences which may ultimately prove unreliable.  If such estimates are inaccurate or are reduced in the future, this could have a material adverse impact on the Company.

Cautionary Note Concerning Non-GAAP Measures
This press release includes certain terms or performance measures commonly used in the mining industry that are not defined under International Financial Reporting Standards ("IFRS"), including cash costs and AISC (all-in sustaining costs) per payable ounce of gold sold.  Non-GAAP measures do not have any standardized meaning prescribed under IFRS and, therefore, they may not be comparable to similar measures employed by other companies.  The Company believes that, in addition to conventional measures prepared in accordance with IFRS, certain investors use this information to evaluate performance.  The data presented is intended to provide additional information and should not be considered in isolation or as a substitute for measures of performance prepared in accordance with IFRS. 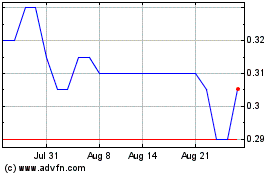 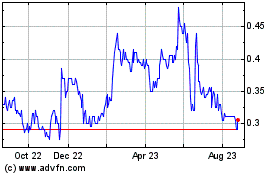 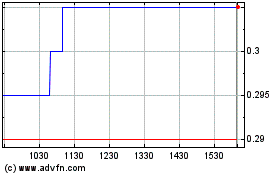