TORONTO, March 2, 2021 /CNW/ - Fire & Flower Holdings Corp. ("Fire & Flower" or the "Company") (TSX: FAF) (OTCQX: FFLWF), today announced plans to convert all of the Company's approximately $28.5 million outstanding principal amount of 8.0% secured convertible debentures issued in April 2020 (the "April 2020 Debentures") as well as the conversion of approximately $23.6 million principal amount of 8.0% unsecured convertible debentures issued to 2707031 Ontario Inc.,  as a wholly-owned indirect subsidiary of Alimentation Couche-Tard Inc. (collectively "ACT"), the owners of Circle K, in July 2019  (the "ACT Debentures"). Post conversion, the Company will have converted a total of approximately $52 million principal amount of debt (plus the accrued and unpaid interest thereon) to equity and ACT will hold 19.9% of the issued and outstanding shares of Fire & Flower.

Shawn Dym, Director and Founder of Green Acre Capital LP, commented, "We, along with other holders of the April 2020 Debentures, voluntarily agreed to amend the debentures to allow for the conversion well in advance of their maturity as we felt it was consistent with our support of the Company as shareholders rather than creditors. As management continues to execute on its growth plans and build shareholder value, we are supportive of de-levering the balance sheet to aid the Company's expansion into new high-growth markets.  The Company has sufficient resources to grow its store count in Canada and expand its leading position in Canadian cannabis retail. Furthermore, we believe it is important to show the strength in its financial position as it pursues a listing on the Nasdaq and sets out for US brand expansion through its recently announced licensing deal with American Acres."

"These conversions will significantly improve our balance sheet, reduce interest costs and support enhanced access to non-dilutive financing with our banking partner, ATB Financial," remarked Trevor Fencott, Chief Executive Officer of Fire & Flower.  "We are very pleased with the support of our partners and welcome ACTs increased 19.9% ownership stake. We look forward to continuing to aggressively pursue our growth strategy in both Canada and the United States," concluded Fencott.

The Company and Computershare Trust Company of Canada (the "Trustee") entered into a supplemental indenture (the "Supplemental Indenture") to the debenture indenture entered into between the Company and the Trustee dated April 28, 2020, as supplemented on July 23, 2020 (collectively, the "Indenture"), which governs the April 2020 Debentures. A copy of the Supplemental Indenture will be made available on the Company's SEDAR profile at www.sedar.com.

The Supplemental Indenture amends the Indenture such that the Company may elect to force the conversion of all, but not less than all, of the April 2020 Debentures at any time provided that there is no event of default under the Indenture and the ten (10) day volume weighted average daily trading price ("VWAP") per common share of the Company (the "Common Shares") on the Toronto Stock Exchange (the "Exchange") is greater than $1.25 (the "Forced Conversion").  If the Forced Conversion occurs prior to July 1, 2021, an amount equal to the interest that would have accrued on the principal amount of such outstanding April 2020 Debentures from the date of the Forced Conversion (the "Conversion Date") up to June 30, 2021 (the "Accelerated Interest") shall accrue and be converted into Common Shares on the Conversion Date.

Upon entering into of the Supplemental Indenture, the Company exercised the Forced Conversion with a Conversion Date of March 3, 2021.  On the Conversion Date, the Company will issue an aggregate of approximately 59,231,328  Common Shares in respect of the conversion of the remaining $28.5 million principal amount of April 2020 Debentures and all accrued and unpaid interest thereon (including the Accelerated Interest).

About Fire & Flower
Fire & Flower is a leading purpose-built, independent adult-use cannabis retailer focused on the Canadian market and international expansion opportunities. The Company guides consumers through the complex world of cannabis through education-focused, best-in-class retailing while the HifyreTM digital platform connects consumers with cannabis products. The Company's leadership team combines extensive experience in the cannabis industry with strong capabilities in retail operations.

Through the strategic investment of Alimentation Couche-Tard Inc. (owner of Circle K convenience stores), the Company has set its sights on the global expansion as new cannabis markets emerge.

Forward-looking statements are based on the opinions and estimates of management of Fire & Flower at the date the statements are made based on information then available to the Fire & Flower. Various factors and assumptions are applied in drawing conclusions or making the forecasts or projections set out in forward-looking statements, including with respect to the conversion of the April 2020 Debentures and ACT Debentures. Forward-looking statements are subject to and involve a number of known and unknown, variables, risks and uncertainties, many of which are beyond the control of Fire & Flower, which may cause Fire & Flower's actual performance and results to differ materially from any projections of future performance or results expressed or implied by such forward-looking statements. Such factors, among other things, include: final regulatory and other approvals or consents; fluctuations in general macroeconomic conditions; fluctuations in securities markets; the trading price of the Common Shares, the impact of the COVID-19 pandemic; the ability of the Company to successfully achieve its business objectives and political and social uncertainties.

No stock exchange, securities commission or other regulatory authority has approved or disapproved the information contained herein. 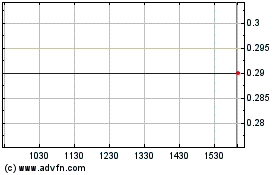