Whilst this is a setback in the processes to reinstate the Ilovica 6 concession, Euromax will continue to request that the Government of North Macedonia engage meaningfully to resolve the issue. The Company notes that, despite numerous attempts on its part to do so, including through the formal notification of a potential international arbitration case in March 2020, the Government of North Macedonia has failed to enter into discussions on the outstanding issues. Euromax will continue to pursue all legal rights within North Macedonia, and maintains the option of pursuing its case by way of international arbitration under the Swiss-Macedonian Bilateral Investment Treaty.

Tim Morgan-Wynne, Euromax's Executive Chairman, stated: "The decision by the State Commission to ignore the Administrative Court's final ruling is a disappointing setback to our legal process of reinstating the Ilovica 6 concession. In particular, we note that both the Minister of Economy and the Minister of Justice stated publicly in interviews that they saw no reason to change the original negative decision, despite both admitting that they had neither seen nor analysed the Court's verdict."

Nicolas Treand, Euromax's President and Executive Director, commented: "In the current desperate economic situation, where lack of jobs is forcing many Macedonian individuals and families to leave Macedonia permanently, the Government is actively frustrating what could be the largest investment into the country. Euromax wishes to develop a world class mine to the highest safety and environmental standards that provides a fantastic opportunity to offset the terrible impact of the current pandemic and revitalise the region."

Euromax has a major development project in North Macedonia and is focused on building and operating the Ilovica-Shtuka gold-copper project.

Forward-Looking Information
This news release contains statements that are forward-looking, such as those relating to the Company's potential courses of action in response to recent decisions by agencies of the government of North Macedonia, including potential legal appeals to other courts of applicable jurisdiction in North Macedonia or the pursuit of international arbitration processes; the results of any such appeals or legal processes that may be pursued by the Company, if any; any future decisions, whether by way of appeal or otherwise, of any agency of the government of North Macedonia or of any court of applicable jurisdiction; whether or not any decision of any agency of the government of North Macedonia or of any court of applicable jurisdiction would be favourable to the Company's interests; whether or not any decision of an agency of the government of North Macedonia or of any court of applicable jurisdiction that was favourable to the Company's interests would be implemented by applicable government authorities or could otherwise be enforced by the Company; potential investments in the Ilovica-Shtuka Project, with or without the support of any of the Company's current or future third-party investors; the potential impact of any investment by the Company or any third-party investor on the development of the Ilovica-Shtuka Project; the effect of the development of the Ilovica-Shtuka Project on the economy of North Macedonia, including the number of jobs which may be produced in connection therewith; the results of operations and financial condition of the Company; permitting and licensing matters related to the Ilovica-Shtuka Project; capital spending by the Company; financing sources available to the Company, including from any current or future third-party investors in the Company; commodity prices; mineral resources; and property evaluation plans and programmes. Forward-looking statements are frequently characterised by words such as "plan", "expect", "project", "intend", "believe", "anticipate" and other similar words, or statements that certain events or conditions "may" or "will" occur. Forward-looking statements are based on the opinions and estimates of management at the dates the statements are made, and are subject to a variety of risks and uncertainties and other factors that could cause actual events or results to differ materially from those projected in the forward-looking statements. This information is qualified in its entirety by cautionary statements and risk factor disclosure contained in filings made by the Company, including its annual information form for the year ended December 31, 2019 and financial statements and related MD&A for the financial years ended December 31, 2019 and 2018, and the three months ended September 30, 2020, filed with the securities regulatory authorities in certain provinces of Canada and available on SEDAR.  The forward-looking statements contained in this document are as of the date of this document, and are subject to change after this date. Readers are cautioned that the assumptions used in the preparation of such information, although considered reasonable at the time of preparation, may prove to be imprecise and, as such, undue reliance should not be placed on forward-looking statements. Euromax disclaims any intention or obligation to update or revise any forward-looking statements, whether as a result of new information, future events or otherwise, except as otherwise required by applicable law. 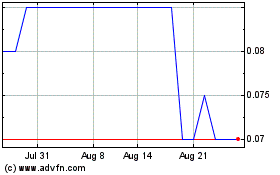 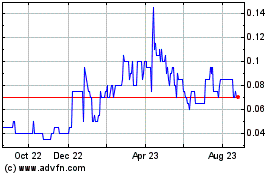 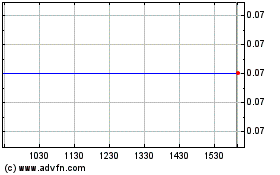