OTTAWA -- Canada asked a U.S. federal court in Michigan on Tuesday to stop Gov. Gretchen Whitmer from shutting down this week a vital cross-border oil and gas pipeline because such a move would contravene a U.S.-Canada treaty.

Lawyers on behalf of the Canadian government filed a brief in support of Enbridge Inc., which is contesting Gov. Whitmer's plan to revoke the company's permit to operate the Line 5 pipeline that runs along the bottom of the Straits of Mackinac, between Lake Michigan and Lake Huron. Citing environmental concerns, she gave the company until Wednesday to shut down the pipeline, which carries about 540,000 barrels per day of western Canadian oil and natural gas liquids to refineries in central Canada and the northern United States.

Enbridge, based in Calgary, Alberta, has sued Michigan in federal court to stop the revocation, arguing the state has no authority to do so, and said it won't shut the pipeline down unless ordered by a court.

Canada, in its brief in support of Enbridge, said there should be no shutdown until the U.S. and Canadian officials work to resolve the matter, as allowed under the terms of a 1977 treaty between the North American countries. The brief said Canada has initiated discussions with the U.S. to resolve this matter.

That treaty prohibits authorities in either country from blocking pipelines that ship oil and gas across the border unless there is an emergency. Canada's lawyers added the treaty came about because of U.S. efforts to transport oil-and-gas products from Alaska through Canada to the lower 48 U.S. states.

"It is essential to the continued success of the U.S.-Canada relationship that both countries can trust that their reciprocal legal commitments will be fully honored and implemented, notwithstanding initiatives at the state, provincial or local government level," the Canadian brief said.

"Canada is seeking a mutually agreeable solution that also respects environmental and safety concerns. But neither this court nor any state court should act in a way that bypasses and undermines the treaty."

In a statement, Canada's Natural Resources Minister, Seamus O'Regan, said the government supports the continued mediation between Enbridge and the state of Michigan, under the supervision of the U.S. District Court of the Western District of Michigan. "We remain confident this will lead to a solution," the minister said. 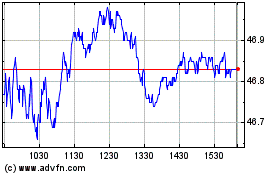