CN (TSX: CNR, NYSE: CNI) today responded to the numerous misleading claims and inconsistencies in recent disclosures by CIFF Capital and TCI (collectively “TCI”), which, in addition to being a shareholder of CN is the largest shareholder of Canadian Pacific ("CP"), CN’s direct competitor and Canada’s second-largest Class 1 railroad.

As CN highlights below, these erroneous claims include:

“CN has announced an ambitious strategic plan to deliver immediate and long-term shareholder value, while retaining our commitment to safety, customer service and the communities we serve. This plan builds on the investments we have made in technology and capacity over the past three years to drive long-term sustainable growth in total revenues and operating margins. CN maintains an open and constructive dialogue with its shareholders, including discussions about areas where we can improve our business performance, but we will not indulge unfounded and bad-faith arguments that serve the interests of one shareholder over others – or of one of our competitors over CN. CN’s Board and senior management team are intently focused on putting forward ideas, initiatives and people that drive us forward to where CN and the railroad industry are going, not where it’s been.”— JJ Ruest, President and Chief Executive Officer of CN

CN remains fully committed to a long-term, sustainable growth strategy, with a focus on operational excellence, a customer-first culture, innovation and ESG leadership. On September 17, 2021, CN announced a comprehensive strategic plan with specific and measurable targets, including a target of approximately $700 million of additional operating income and a 57% OR for 2022, alongside plans to complete the remaining C$1.1 billion of its C$1.5 billion share repurchase plan, previously authorized by CN’s Board of Directors in January 2021, and embark on a new share repurchase plan of approximately $5 billion in 2022.

TCI, which has a glaring conflict of interest as CP’s largest shareholder, is trying to assert effective control over CN without presenting a credible plan to create superior or sustainable value

As we will demonstrate more fully in due course, TCI’s critiques of the Company and its performance are largely false or misleading. This includes portraying CN’s adjusted operating income, adjusted earnings per share and free cash flow as lower in the second quarter of 2021 than they were in the second quarter of 2018. In fact, each of these metrics increased measurably when calculated on a trailing 12-month basis ending in such periods, which is much more meaningful to demonstrate trends in underlying performance. TCI also mischaracterizes both executive compensation and OR at CN. TCI also omits the fact that much of CN’s capital spending during this period was needed to invest in technology to enhance safety and reliability, renew CN’s locomotive fleet and build network capacity and resiliency to lay the foundations for growth in total revenues and operating margins.

TCI is a recent 5% shareholder seeking to install its hand-picked CEO and elect five directors (including the CEO) to a board of 11, but it has yet to put forward a differentiated or credible plan for creating sustainable value for CN’s customers, shareholders and communities. Material published this week by TCI contains only one paragraph about its plans for CN, and what they say sounds remarkably similar to what CN is already doing.

TCI’s motives are highly suspect. Earlier this year, TCI worked constructively with CN, encouraging it to be a leader and present its Climate Action Plan to its shareholders for approval. By all accounts, it appears TCI then voted in favour of CN’s directors, say-on-pay and Climate Action Plan at the company’s Annual General Meeting on April 27, 2021. So did the overwhelming majority of CN shareholders. At the AGM, all directors received greater than 95% of votes in favour, and the Company’s say on pay resolution passed with 97.7% support.

Notably — this expression of overwhelming support was one week after CN announced its first proposal to buy KCS. Nothing of substance has changed since then, except for our increased bid for KCS, which secured an agreed transaction with KCS, and the pro-competition commitments we made in our submissions to the Surface Transportation Board, which while demonstrably positive for CN, have been costly and may yet be problematic for CP. It was only after this that TCI increased its stake in CN and began attacking the company publicly.

Contrary to the false narrative TCI is propagating, CN’s bid for KCS was the right strategic move for CN, and it resulted in multiple benefits for CN. CN’s Board and management team ran a thoughtful engagement and scenario planning process leading up to the executed merger agreement to buy a strategic asset and to protect long-term shareholder interests. All claims by TCI of CN facing US$2 billion losses have been proven to be blatantly false; in fact, CN gained US$700 million in break-up fees.

CN shareholders should question TCI’s motives of endorsing CN’s closest competitor to pursue the transaction, while ignoring the equally compelling rationale of CN’s interest of pursuing the same transaction. CN believes the critical difference is that CP has limited long-term growth opportunities without KCS, while CN’s future as a standalone business is bright. On this point, CN agrees with TCI: CN has indeed built, “a unique asset – the best rail network in North America.”

CN’s Board and management team share a singular focus to execute on opportunities that are in the best interest of CN stakeholders.

CN has a strong and diverse Board of Directors that includes three new independent directors elected for the first time in April 2021. CN’s Board is confident that CN’s management team has the capabilities to deliver on the goals set out in its strategic plan and lead the Company into the exciting next phase of CN’s growth and industry leadership. With significant railroad industry experience, including four new senior leaders appointed over the past few years, and a focus on customer value, operational excellence, safety, environmental sustainability and social inclusion, CN’s management team is ready to win for the future and to continue building the premier railway of the 21st century.

Chairman Robert Pace will be retiring from the Board and a new Chair will be appointed by the Board in due course. All appointments by the Board will be done with the best interests of all shareholders and members of CN’s stakeholder community in mind.

Mr. Pace’s retirement was disclosed in March 2021 as Mr. Pace has reached the tenure limit under the governance practices clearly set out in CN’s 2021 Proxy Circular. The fact that TCI continues to beat its chest about seeking the removal of Mr. Pace is empty posturing.

About CNCN is a world-class transportation leader and trade-enabler. Essential to the economy, to the customers, and to the communities it serves, CN safely transports more than 300 million tons of natural resources, manufactured products, and finished goods throughout North America every year. As the only railroad connecting Canada’s Eastern and Western coasts with the U.S. South through a 19,500-mile rail network, CN, and its affiliates have been contributing to community prosperity and sustainable trade since 1919. CN is committed to programs supporting social responsibility and environmental stewardship.

Forward-looking statements are not guarantees of future performance and involve risks, uncertainties and other factors which may cause actual results, performance or achievements of CN to be materially different from the outlook or any future results, performance or achievements implied by such statements. Accordingly, readers are advised not to place undue reliance on forward-looking statements. Important risk factors that could affect the forward-looking statements in this news release include, but are not limited to: the duration and effects of the COVID-19 pandemic, general economic and business conditions, particularly in the context of the COVID-19 pandemic; industry competition; inflation, currency and interest rate fluctuations; changes in fuel prices; legislative and/or regulatory developments; compliance with environmental laws and regulations; actions by regulators; increases in maintenance and operating costs; security threats; reliance on technology and related cybersecurity risk; trade restrictions or other changes to international trade arrangements; transportation of hazardous materials; various events which could disrupt operations, including illegal blockades of rail networks, and natural events such as severe weather, droughts, fires, floods and earthquakes; climate change; labor negotiations and disruptions; environmental claims; uncertainties of investigations, proceedings or other types of claims and litigation; risks and liabilities arising from derailments; timing and completion of capital programs; and other risks detailed from time to time in reports filed by CN with securities regulators in Canada and the United States. Reference should also be made to Management’s Discussion and Analysis in CN’s annual and interim reports, Annual Information Form and Form 40-F, filed with Canadian and U.S. securities regulators and available on CN’s website, for a description of major risk factors relating to CN.

2021 Key Assumptions CN has made a number of economic and market assumptions in preparing its 2021 outlook. The Company assumes that North American industrial production for the year will increase in the high single-digit range and assumes U.S. housing starts of approximately 1.45 million units and U.S. motor vehicle sales of approximately 16 million units. For the 2020/2021 crop year, the grain crop in Canada was above its three-year average and the U.S. grain crop was in line with its three-year average. The Company now assumes that the 2021/2022 grain crops in both Canada and the U.S. will be below their respective three-year averages (compared to its July 20, 2021 assumption that both would be in line with their respective three-year averages). CN now assumes total RTMs in 2021 will increase in the mid single-digit range versus 2020 (compared to its July 20, 2021 assumption of an increase in the high single-digit range). CN assumes continued pricing above rail inflation. CN assumes that in 2021, the value of the Canadian dollar in U.S. currency will be approximately $0.80, and that in 2021 the average price of crude oil (West Texas Intermediate) will be approximately US$60 per barrel.

2022 Key Assumptions CN has made a number of economic and market assumptions in preparing its 2022 targets. The Company assumes that North American industrial production for 2022 will increase in the mid single-digit range in 2022 and assumes U.S. housing starts of approximately 1.57 million units and U.S. motor vehicle sales of approximately 16.9 million units. The Company assumes that the 2021/2022 grain crops in both Canada and the U.S. will be below their respective three-year averages. CN assumes the RTMs in 2022 will increase in the low single-digit range versus 2021. CN assumes continued pricing above rail inflation. CN assumes that in 2022, the value of the Canadian dollar in U.S. currency will be approximately $0.80, and that in 2022 the average price of crude oil (West Texas Intermediate) will be approximately US$65 per barrel.

Non-GAAP MeasuresCN reports its financial results in accordance with United States generally accepted accounting principles (GAAP). CN also uses non-GAAP measures in this news release that do not have any standardized meaning prescribed by GAAP, such as adjusted performance measures. These non-GAAP measures may not be comparable to similar measures presented by other companies. For further details of these non-GAAP measures, including a reconciliation to the most directly comparable GAAP financial measures, refer to the attached supplementary schedule, Non-GAAP Measures.

CN's full-year 2021 adjusted diluted EPS outlook excludes the expected impact of certain income and expense items. However, management cannot individually quantify on a forward-looking basis the impact of these items on its EPS because these items, which could be significant, are difficult to predict and may be highly variable. As a result, CN does not provide a corresponding GAAP measure for, or reconciliation to, its adjusted diluted EPS outlook. 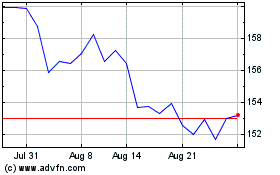 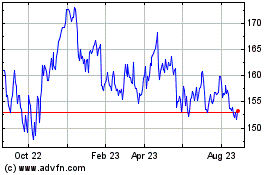 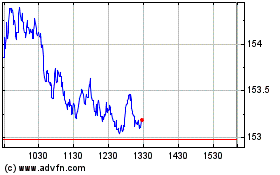