- Ended year with US$98.3 million in cash, cash equivalents and short-term investments; current cash position expected to be sufficient to fund operating plan until end of 2022 -

BELLUS Health Inc. (Nasdaq:BLU; TSX:BLU) (“BELLUS Health” or the “Company”), a clinical-stage biopharmaceutical company developing novel therapeutics for the treatment of chronic cough and other hypersensitization-related disorders, today reported its financial and operating results for the year ending December 31, 2020.

“Over the past 12 months, we have made significant progress with our corporate strategy, financial position, and clinical development of BLU-5937 – laying the groundwork for what we anticipate will be a transformative year ahead,” commented Roberto Bellini, President and Chief Executive Officer of BELLUS Health. “Building off the proof-of-concept RELIEF Phase 2 data announced last summer, we have advanced BLU-5937 into our recently initiated Phase 2b SOOTHE trial in refractory chronic cough, with topline results anticipated to read out in the fourth quarter of this year. We believe BLU-5937 has the potential to treat a wide range of hypersensitization-related conditions and have begun to explore this potential through the initiation of our Phase 2 BLUEPRINT trial in chronic pruritus associated with atopic dermatitis, with topline data expected in the fourth quarter of 2021.”

Initiated the Phase 2b SOOTHE clinical trial of BLU-5937 in patients with refractory chronic cough (“RCC”) in December 2020.

Initiated the Phase 2 BLUEPRINT clinical trial of BLU-5937 in patients with chronic pruritus associated with atopic dermatitis (“AD”) in December 2020.

Announced topline results from the Phase 2 RELIEF clinical trial of BLU-5937 in patients with RCC in July 2020.

Cash Position: As of December 31, 2020, the Company had available cash, cash equivalents and short-term investments totaling US$98.3 million, compared to US$90.0 million at December 31, 2019. The increase is primarily attributable to US$37.6 million in net proceeds from the October 2020 offering, offset by funds used to finance its operating activities, mainly research and development activities associated with its product candidate BLU-5937. Current cash, cash equivalents and short-term investments are projected to be sufficient to fund the Company’s operating plan until the end of 2022.

Research and Development Expenses: Research and development expenses, net of research tax credits, amounted to US$23.2 million for the year ended December 31, 2020, compared to US$19.2 million for the same period in 2019, a US$4.0 million or 21% year on year increase to support the development of BLU-5937. The increase is primarily attributable to the Company’s increased workforce in 2020 as well as to higher stock-based compensation expense in relation to BELLUS Health’s stock option plan.

General and Administrative Expenses: General and administrative expenses amounted to US$9.7 million for the year ended December 31, 2020, compared to US$6.6 million for the same period in 2019, a US$3.1 million or 48% year on year increase. The increase is mainly due to costs related to the Company’s public listing on the NASDAQ, which occurred in September 2019, as well as to higher stock-based compensation expense in relation to the Company’s stock option plan.

Net Finance Income (Costs): Net finance income amounted to US$1.2 million for the year ended December 31, 2020, compared to net finance costs of US$0.3 million for the same period in 2019. The increase in net finance income is mainly attributable to a foreign exchange gain that arose from the translation of the Company’s net monetary assets denominated in Canadian dollars during the year. In 2019, prior to the change in functional currency effective January 1, 2020, the Company incurred a foreign exchange loss from the translation of its net monetary assets denominated in US dollars during the year.

Net loss for the year

The Company’s full audited consolidated financial statements and accompanying management’s discussion and analysis for the year ended December 31, 2020 will be available shortly on SEDAR at www.sedar.com and on EDGAR at www.sec.gov/edgar.

BLU-5937, a highly selective P2X3 antagonist - (>1500 fold) - is in development for chronic cough, chronic pruritus and other hypersensitization-related disorders.

The P2X3 receptor, which is implicated in cough reflex hypersensitization, is a rational target for treating chronic cough, and it has been evaluated in multiple clinical trials with different P2X3 antagonists. The Company believes that its highly selective P2X3 antagonist has the potential to reduce coughing in patients with RCC while limiting taste disturbance adverse events.

In addition to chronic cough and chronic pruritus, BLU-5937 may also have broad applicability across other afferent hypersensitization-related disorders, enabling the Company to consider developing a pipeline of therapies using its P2X3 platform. BELLUS Health is exploring how P2X3 activation can contribute to irritation and pain, and whether inhibition of P2X3 receptors can help treat these afferent hypersensitization-related disorders.

Chronic cough, the lead indication for BLU-5937, is a cough lasting more than eight weeks and is associated with significant adverse physical, social and psychosocial effects on health and quality of life. It is estimated that approximately 26 million adults in the United States suffer from chronic cough, of which approximately 9 million patients are identified as having RCC. There is no specific therapy approved for RCC and current treatment options are limited.

Chronic pruritus, the second indication for BLU-5937, is commonly known as chronic itch and is an irritating sensation that leads to scratching and persists for longer than six weeks, which can be debilitating and can significantly impact quality of life. It is a hallmark of many inflammatory skin diseases, including AD. It is estimated that AD afflicts approximately 5% of adults in the United States. Despite currently available treatments targeting AD, there continues to be a lack of options targeting the burden of pruritus in AD patients.

Certain statements contained in this news release, other than statements of fact that are independently verifiable at the date hereof, may constitute "forward-looking statements" within the meaning of Canadian securities legislation and regulations, the U.S. Private Securities Litigation Reform Act of 1995, as amended, and other applicable securities laws. Forward-looking statements are frequently, but not always, identified by words such as “expects,” “anticipates,” “believes,” “intends,” “estimates,” “potential,” “possible,” “projects,” “plans,” and similar expressions. Such statements, based as they are on the current expectations of management, inherently involve numerous important risks, uncertainties and assumptions, known and unknown, many of which are beyond BELLUS Health's control. Such statements include, but are not limited to, the potential of BLU-5937 to successfully treat chronic cough, chronic pruritus and other hypersensitization-related disorders, BELLUS Health’s expectations related to its preclinical studies and clinical trials, including the design and timing of its Phase 2b clinical trial of BLU-5937 in RCC and its Phase 2 clinical trial of BLU-5937 in chronic pruritus associated with AD, including the timing and outcome of interactions with regulatory agencies, the potential activity and tolerability profile, selectivity, potency and other characteristics of BLU-5937, including as compared to other competitor candidates, the commercial potential of BLU-5937, including with respect to patient population, pricing and labeling, BELLUS Health’s financial position, and the potential applicability of BLU-5937 and BELLUS Health’s P2X3 platform to treat other disorders. Risk factors that may affect BELLUS Health’s future results include but are not limited to: the benefits and impact on label of its enrichment strategy, estimates and projections regarding the size and opportunity of the addressable RCC market for BLU-5937, the ability to expand and develop its project pipeline, the ability to obtain adequate financing, the ability of BELLUS Health to maintain its rights to intellectual property and obtain adequate protection of future products through such intellectual property, the impact of general economic conditions, general conditions in the pharmaceutical industry, the impact of the COVID-19 pandemic on BELLUS Health’s operations, plans and prospects, including to the initiation and completion of clinical trials in a timely manner or at all, changes in the regulatory environment in the jurisdictions in which BELLUS Health does business, stock market volatility, fluctuations in costs, changes to the competitive environment due to consolidation, achievement of forecasted burn rate, potential payments/outcomes in relation to indemnity agreements and contingent value rights, achievement of forecasted preclinical study and clinical trial milestones, reliance on third parties to conduct preclinical studies and clinical trials for BLU-5937 and that actual results may vary once the final and quality-controlled verification of data and analyses has been completed. In addition, the length of BELLUS Health’s product candidate’s development process and its market size and commercial value are dependent upon a number of factors. Moreover, BELLUS Health’s growth and future prospects are mainly dependent on the successful development, patient tolerability, regulatory approval, commercialization and market acceptance of its product candidate BLU-5937 and other products. Consequently, actual future results and events may differ materially from the anticipated results and events expressed in the forward-looking statements. BELLUS Health believes that expectations represented by forward-looking statements are reasonable, yet there can be no assurance that such expectations will prove to be correct. The reader should not place undue reliance, if any, on any forward-looking statements included in this news release. These forward-looking statements speak only as of the date made, and BELLUS Health is under no obligation and disavows any intention to update publicly or revise such statements as a result of any new information, future event, circumstances or otherwise, unless required by applicable legislation or regulation. Please see BELLUS Health's public filings with the Canadian securities regulatory authorities, including, but not limited to, its Annual Information Form, and the United States Securities and Exchange Commission, including, but not limited to, its Annual Report on Form 40-F, for further risk factors that might affect BELLUS Health and its business. 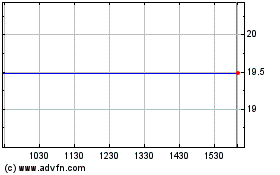