Add the maker of LaCroix sparkling water to the list of public companies with wild share swings this week. National Beverage Corp. shares jumped 30% on Wednesday to nearly $200, touching all-time highs on heavy volumes before settling down a bit to about $160 in recent trading.

The stock, traded under the symbol FIZZ, is among those that some users on Reddit say they are buying because of its large short interest, or shares bet on a decline in the stock price. A company spokesman declined to comment.

National Beverage has a relatively small percentage of its shares available to trade. Chairman and CEO Nick Caporella held 73% of the 46.6 million shares that were outstanding on Aug. 17, according to SEC filings. Mr. Caporella has waged his own public campaign against critics of the company.

FIZZ shares have nearly doubled so far this year. The increase has boosted its market value above $7 billion.

This item is part of a Wall Street Journal live coverage event. The full stream can be found by searching P/WSJL (WSJ Live Coverage). 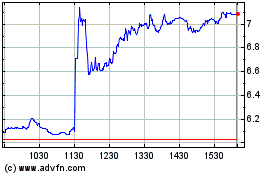