TORONTO, June 9, 2021 /PRNewswire/ - AcuityAds Holdings Inc. (TSX: AT) (OTCQX: ACUIF) ("AcuityAds" or the "Company"), today announced the pricing of its previously-announced marketed public offering of common shares in the United States and Canada. The underwriters have agreed to purchase, at a price of US$10.15 per share, an aggregate of 4,926,109 common shares (the "Common Shares") from the Company for aggregate gross proceeds of US$50,000,006.

The offering is being conducted through a syndicate of underwriters led by Canaccord Genuity and Needham & Company, who are acting as joint lead book-running managers and representatives of the underwriters for the offering. RBC Capital Markets and TD Securities Inc. are also acting as book-running managers for the proposed offering, and with Lake Street Capital Markets, LLC, Roth Canada, ULC, Eight Capital, Desjardins Securities Inc., Echelon Wealth Partners Inc. and Paradigm Capital Inc. as co-managers (collectively, the "Underwriters").

AcuityAds has also granted the Underwriters an over-allotment option, exercisable for a period of 30 days from the date of the closing of the offering, to purchase up to 738,916 additional common shares, representing in the aggregate 15% of the total number of common shares to be sold pursuant to the offering.

AcuityAds currently expects that the net proceeds of the offering will be used primarily to strengthen the Company's financial position and allow the Company to pursue its growth strategies.

Prospective investors should read the base shelf prospectus and the preliminary prospectus supplement as well as the registration statement before making an investment decision.

The Company is also pleased to announce the termination of the automatic securities disposition plans (each a "Plan") of Tal Hayek, Joe Ontman, and Rachel Kapcan (collectively, the "Co-Founders") which initially became effective on September 19, 2020. Under each of the Plans, an independent broker engaged by each Co-Founder could sell, on behalf of the Co-Founder, up to 15,000 common shares of AcuityAds on the open market per month over a period of twelve months at prevailing market prices (subject to certain minimum price thresholds). The Co-Founders have advised the Company that, following the announcement of the offering, they are not aware of, or in possession of, any material non-public information regarding the Company or its subsidiaries, or any securities of the Company, as at the date hereof.

No securities regulatory authority has either approved or disapproved the contents of this press release. This press release shall not constitute an offer to sell or the solicitation of an offer to buy nor shall there by any sale of the common shares in any province, state or jurisdiction in which such offer, solicitation, or sale would be unlawful prior to the registration or qualification under the securities laws of any such province, state or jurisdiction.

AcuityAds is a leading technology company that provides marketers a one-stop solution for omnichannel digital advertising with best-of-category return on advising spend. Its journey automation technology, illumin™, offers planning, buying and real-time intelligence from one platform. With proprietary Artificial Intelligence, illumin™ brings unique programmatic capabilities to close the gap between advertising planning and execution. The Company brings an integrated ecosystem of privacy-protected data, inventory, brand safety and fraud prevention partners, offering trusted solutions with proven, above benchmark outcomes for the most demanding marketers. AcuityAds is headquartered in Toronto with offices throughout Canada, the U.S., Europe and Latin America. For more information, visit AcuityAds.com.

Disclaimer in Regards to Forward-Looking Statements

Certain statements included herein constitute "forward-looking statements" within the meaning of applicable securities laws, including, without limitation, statements regarding the conduct of the offering; the intended listing of the common shares on Nasdaq; the granting of the underwriters' over-allotment option; and the anticipated use of proceeds from the offering. Words such as "may", "will", "expect", "intend" and similar expressions have been used to identify these forward looking statements, and include statements regarding the expected use of proceeds of the offering and the expected timing for closing of the offering. These statements reflect current beliefs and are based on information currently available to management of AcuityAds. Forward looking statements necessarily involve known and unknown risks and uncertainties and are based upon a number of estimates and assumptions that, while considered reasonable by management at this time, are inherently subject to significant business, economic and competitive uncertainties and contingencies. A number of factors, including those risks discussed under "Risk Factors" in AcuityAds' Annual Information Form for the year ended December 31, 2020 could cause actual results, performance, achievements, prospects or opportunities to differ materially from those set out in the forward-looking statements. Investors are cautioned not to put undue reliance on forward-looking statements. Except as required by law, AcuityAds does not intend, and undertakes no obligation, to update any forward-looking statements to reflect, in particular, new information or future events. 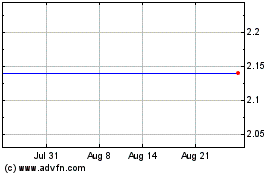 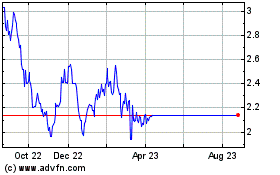 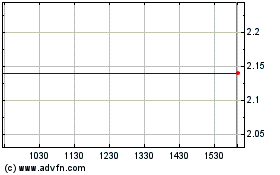