Africa Oil President and CEO Keith Hill commented: "I am pleased to announce another robust quarter that has led to further strengthening of our now debt-free balance sheet with a cash balance of $191 million. Our shareholders can look forward to a busy second half of the year of catalysts including the expected license extension in Nigeria and refinancing of Prime's RBL debt facility; the two-well Venus appraisal program; the Gazania-1 exploration well; and the potential farm-out of Project Oil Kenya."

The Company ended first quarter 2022 with cash of $191.0 million in comparison to cash of $58.9 million at the end of 2021. The Company has no outstanding debt. During second quarter 2022, Prime paid two dividends for aggregate distribution of $125.0 million with net payment to Africa Oil of $62.5 million, related to its 50% shareholding interest. Since the acquisition of a 50% shareholding in Prime in January 2020 for $519.5 million, the Company has received 13 dividends from Prime for a total amount of $562.5 million, representing 108% of the closing purchase price.

On February 28, 2022, the Company announced that its Board of Directors had declared an initial aggregate annual dividend of $0.05 per share (approximately $24.0 million) to be paid semi-annually, with the first payment payable on March 31, 2022, to shareholders of record at the close of business on March 17, 2022.

The debt outstanding has decreased slightly following gross repayments on the RBL Facility of $164.8 million which net off a drawdown on the PXF Facility of $150.0 million. Net to the Company's 50% shareholding, the overall debt has reduced by $7.4 million during H1 2022. The next repayment under the RBL facility will not occur until September 2022. The PXF repayments will also begin in September 2022.

At June 30, 2022, Prime has a Net Debt of $340.8 million (at December 31, 2021 – Net Debt of $498.9 million) and a Net Debt/EBITDAX of 0.3x for the twelve months ended June 30, 2022, (0.4x for the twelve months ended December 31, 2021). The strength of this ratio demonstrates the low leverage within Prime compared with industry peers. This strong Net Debt/EBITDAX ratio, combined with the full repayment of the Company's Corporate Facility in 2021 means the Company and Prime are well placed to raise more debt in the future if required. Net Debt/EBITDAX is a non-GAAP measure and a reconciliation is performed on page 13 of the MD&A.

Prime's Supervisory Board have approved a new hedging strategy with a 50% - 70% coverage target for the next 12-month scheduled cargoes on a rolling basis. Under this new strategy, Prime gives an irrevocable instruction to an offtaker to fix the Dated Brent component of a cargo when the forward curve price goes below a trigger of circa 80% of the Brent forward curve (at the time when the instruction was given) for the month of the expected lifting. Otherwise, the cargo is sold on a spot basis. For instance, the most recent forward sale (in Aug-22) was set with a trigger of $85.0/bbl. This means that if the forward curve drops to $85.0/bbl for the month of the forecast cargo, the forward sale price would be locked in. If the forward curve does not drop to $85.0/bbl up to 31 days before the cargo is lifted, then Prime would sell on a spot basis. This policy allows Prime to retain price upside, while securing a minimum oil price for 50% to 70% of its oil entitlement.

The Company is committed to a sustainable dividend policy over the future years. The second dividend distribution for 2022 of $0.025 per share is payable on September 30, 2022, to shareholders of record at the close of business on September 9, 2022. This dividend qualifies as an 'eligible dividend' for Canadian income tax purposes.

Dividends on shares traded on TSX will be paid in Canadian dollars on September 30, 2022. Dividends on shares traded on Nasdaq Stockholm will be paid in Swedish kroner in accordance with Euroclear principles on October 4, 2022. To execute the payment of the dividend, a temporary administrative cross-border transfer closure will be applied by Euroclear from September 8, 2022, up to and including September 9, 2022 during which period shares of the Company cannot be transferred between the TSX and Nasdaq Stockholm.

The Company's debt-free balance sheet, its share of Prime's cash flows and access to debt funding on competitive terms, supports a range of opportunities for the Company to achieve accretive growth and create shareholder value. The Company's valuation is underpinned by its 50% shareholding in Prime, which accounts for all of the Company's reserves and production interests.

The Company will work to maximize Prime's dividends by distributing its excess cash, whilst maintaining a prudent treasury management policy at Prime. The near-term priority is to extend Prime's debt tenor with the primary objective of refinancing Prime's RBL facility, possibly facilitated by the early conversion of Prime's licenses in Nigeria to the new Petroleum Industry Act ("PIA") terms. The Company's management will also work with Prime to assess other financing options that could extend Prime's debt maturity profile on competitive costs, such as the PXF Facility that was arranged by Prime in 2021.

Prime and its upstream partners are currently working on the early renewal of OML 127 and OML 130 licenses and consequent conversions to the PIA terms. It is expected that OML 130 conversion and renewal, which accounts for most of the reserves, production and value in Prime's portfolio can be delivered by end of 2022, although a successful outcome on this timeline can't be guaranteed. It is further expected that a successful early conversion and renewal of OML 130 could provide the basis for concurrent refinancing of Prime's RBL debt.

Furthermore, a conversion and renewal of OML 130 could facilitate the final investment decision for the Preowei oil discovery. Preowei oil field is to the north of Egina FPSO and is a low-risk development opportunity through a satellite subsea tie-back project to the Egina FPSO.

Fast track processing of the data from the 4D seismic survey completed over Egina in Q4 2021 is now complete and infill drilling targets have been confirmed. Infill drilling was initially expected to commence mid-year 2022, however this has been delayed until late in Q4 2022 due to the late arrival of the rig. First production from the infill drilling campaign is now not expected until Q1 2023. To offset the impact of the delayed drilling campaign, the operator has identified 4 well intervention opportunities in OML130 which are expected to be executed during Q3 2022.

In Q1 2022, the Company's investee company, Impact, made a major light oil discovery with the Venus 1-X exploration well on Block 2913B, offshore Namibia.

The Venus discovery is a light oil and associated gas field, sitting approximately 290 kms off the Namibian coast. The Venus-1X discovery well was drilled by TotalEnergies on behalf of the joint venture group comprising TotalEnergies (40%), QatarEnergy (30%), Impact (20%) and state owned NAMCOR (10%).

An appraisal well and a re-entry into Venus-1X is being planned, with spud expected in Q3 2022. The operator plans to conduct flow tests on both wells.

The Company has filed an application to extend Block 3B/4B license and to move into the first extension period. The Company is also continuing its technical studies on Block 3B/4B with the aim of maturing exploration prospects for possible future drilling. The Company and JV Partners are working together to collectively farmout up to 50% gross WI in Block 3B/4B.

The Company, through its shareholdings in Africa Energy and Eco, has indirect effective interest in the Gazania-1 exploration well on Block 2B, offshore South Africa, which is expected to spud in September 2022. The block has significant contingent and prospective resources in relatively shallow water and contains the A-J1 discovery that flowed light sweet crude oil to surface. Gazania-1 will target two large prospects seven kilometers up-dip from A-J1.

The Company has been actively working on the acquisition of strategic producing assets that are accretive on per share valuation and cashflow metrics. The Company's focus remains on buying producing assets offshore West Africa and the management will consider both operated and non-operated opportunities as well as oil and natural gas assets. There is no guarantee that the Company can complete such transactions.

Please join the event conference 5-10 minutes prior to the start time. A recording of the webcast will be available on the Company's website after the event.

This information is information that Africa Oil is obliged to make public pursuant to the EU Market Abuse Regulation and the Swedish Financial Instruments Trading Act. The information was submitted for publication, through the agency of the contact persons set out above, at 8:00 p.m. ET on August 10, 2022.

Advisory Regarding Oil and Gas Information

The terms boe (barrel of oil equivalent) is used throughout this press release. Such terms may be misleading, particularly if used in isolation. Production data are based on a conversion ratio of six thousand cubic feet per barrel (6 Mcf: 1bbl). This conversion ratio is based on an energy equivalency conversion method primarily applicable at the burner tip and does not represent a value equivalency at the wellhead. Given that the value ratio based on the current price of crude oil as compared to natural gas is significantly different from the energy equivalency of 6:1, utilizing a conversion on a 6:1 basis may be misleading as an indication of value. 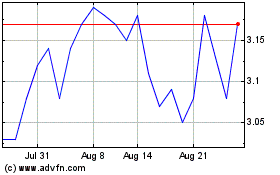 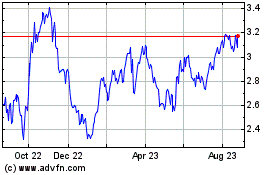 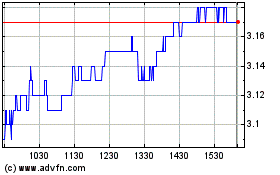