CALGARY, AB, June 2, 2021 /CNW/ - Entropy Inc. ("Entropy" or the "Corporation", a subsidiary of Advantage Energy Ltd.) is pleased to announce Memoranda of Understanding ("MOUs") with four separate emitting corporations to develop Carbon Capture and Storage ("CCS") projects totaling approximately 1 million tonnes per annum ("TPA"). These MOUs represent an important step in commercial deployment of Entropy technology, demonstrate versatility across a broad range of applications and jurisdictions, and provide visibility to a significant pipeline of growth opportunities.

Additionally, Entropy is pleased to announce that Brent Allardyce and Jill Angevine will join the Entropy board as directors, and Rick Bower has been appointed to the Entropy executive team as Chief Technology Officer.

Scoping design, engineering, and subsurface evaluations are underway for each of the projects under MOU, with varying degrees of advancement. These four MOUs are in addition to the previously announced project at the Advantage Glacier Gas Plant (182,000 TPA in two phases), where all major equipment for phase 1 has been purchased and preparations for construction are underway.

Entropy continues to engage with numerous other third-party emitters in a variety of industrial sectors and commercial applications such as boilers, compressors and power generation, with a significant pipeline of additional potential projects in development.

Entropy Board of Directors and Executive Additions

While Messrs. Allardyce and Bower will continue in their current roles at ABC, the two companies have agreed to an exclusive relationship in CCS whereby Entropy owns all CCS technology, patents and intellectual property, develops and finances commercial projects, licenses technology and provides regulatory services. ABC will provide all engineering, procurement and construction management for Entropy CCS projects in addition to supporting the development of CCS projects, while striving to continuously advance the science of carbon capture.

Entropy is committed to commercial deployment of state-of-the-art technologies in CCS and in other clean energy opportunities, building on the combined strengths of Advantage, ABC and our advisors from CETRI.

About Entropy Inc:
Entropy is a privately-owned company, founded by Advantage to apply sophisticated science and engineering to commercialize CCS. Entropy's technology is expected to deliver commercial profitability at a carbon price below CAN$50/tonne, using proprietary modular carbon capture and storage technology. Entropy intends to deploy this technology in the global effort to reduce and eventually eliminate carbon emissions.

About Clean Energy Technologies Research Institute (CETRI):
CETRI centralizes all low-carbon and carbon-free clean energy research activities at the University of Regina. Areas of research focus include decarbonization and zero-emission hydrogen technologies, carbon capture and utilization, and waste-to-renewable fuels and chemicals. Bringing together one of the most dynamic teams of researchers, industry leaders, innovators, and educators in the energy field, CETRI's mission aligns with the Environment & Climate Action areas of focus in the University of Regina's Strategic Plan.

These statements involve substantial known and unknown risks and uncertainties, certain of which are beyond Advantage's and Entropy's control, including, but not limited to: changes in general economic, market and business conditions; industry conditions; actions by governmental or regulatory authorities including increasing taxes and changes in investment or other regulations; changes in tax laws and incentive programs; changes in carbon tax and credit regimes; competition from other producers; the lack of availability of qualified personnel or management; intellectual property and patent risks; credit risk; changes in laws and regulations including the adoption of new environmental laws and regulations and changes in how they are interpreted and enforced; ability to comply with current and future environmental or other laws; stock market volatility and market valuations; failure to achieve the anticipated benefits and results of Entropy's technology; failure to achieve the anticipated benefits of Entropy's relationships with third parties; ability to obtain required approvals of regulatory authorities; and ability to access sufficient capital from internal and external sources.

With respect to forward-looking statements contained in this press release, Advantage and Entropy have made assumptions regarding, but not limited to: conditions in general economic and financial markets; effects of regulation by governmental agencies; current and future commodity prices and royalty regimes; future exchange rates; royalty rates; future operating costs; availability of skilled labor; timing and amount of net capital expenditures; the impact of increasing competition; that Advantage and Entropy will have sufficient cash flow, debt or equity sources or other financial resources required to fund its capital and operating expenditures and requirements as needed; that Entropy's conduct and results of operations will be consistent with expectations; that Entropy will have the ability to develop its technology in the manner currently contemplated; current or, where applicable, proposed assumed industry conditions, laws and regulations will continue in effect or as anticipated; and the anticipated benefits and results from Entropy's technology are accurate in all material respects. Readers are cautioned that the foregoing lists of factors are not exhaustive. 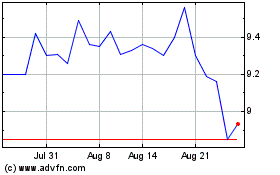 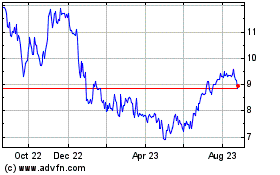 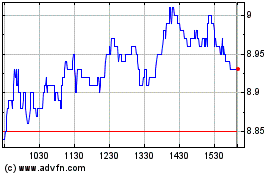