Item 5.02.     Departure of Directors or Certain Officers; Election of Directors; Appointment of Certain Officers; Compensatory Arrangements of Certain Officers.
On February 8, 2021, the board of directors (the “Board”) of Yext, Inc. (the “Company”) appointed David Rudnitsky as President and Chief Revenue Officer.
Mr. Rudnitsky, age 60, joined the Company in February 2017 as EVP, North American Enterprise Sales. Mr. Rudnitsky brings decades of technology sales experience to his role, previously serving as SVP Enterprise Sales at InsideSales.com, a privately held provider of sales acceleration platforms, from March 2015 to February 2017. From October 2002 to February 2015 he held various senior executive sales roles at Salesforce, a customer relationship management service provider. Most recently at the Company, Mr. Rudnitsky held the role of EVP & Co-Chief Revenue Officer, Enterprise Business Unit, along with Patrick Blair, EVP & Co-Chief Revenue Officer, CBU & International, who is transitioning out of the Company.
In connection with his appointment as President and Chief Revenue Officer and effective as of February 8, 2021, Mr. Rudnitsky’s base salary was increased to $525,000 and his target annual cash incentive compensation was increased to $525,000. The amount of annual cash incentive compensation will be determined pursuant to the executive bonus plan approved by the compensation committee of the Board. Mr. Rudnitsky also received a grant of 125,000 restricted stock units of which one-sixteenth of shares subject to award vests on March 20, 2021 and then quarterly thereafter on each of June 20, September 20, December 20 and March 20, in each case subject to his continued service on each such date.
There are no arrangements or understandings between Mr. Rudnitsky and any other persons pursuant to which he was appointed as President and Chief Revenue Officer of the Company. There are no family relationships between Mr. Rudnitsky and any director, executive officer or any person nominated or chosen by the Company to become a director or executive officer. No information is required to be disclosed with respect to Mr. Rudnitsky pursuant to Item 404(a) of Regulation S-K.
SIGNATURES
Pursuant to the requirements of the Securities Exchange Act of 1934, as amended, the registrant has duly caused this report to be signed on its behalf by the undersigned hereunto duly authorized.
Date: February 8, 2021 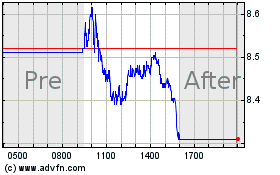