Today, a group of residents filed a class action lawsuit against natural gas provider Peoples Gas for neglecting to maintain wells that injected natural gas into underground storage in central Illinois and causing natural gas to leak into the local aquifer. The aquifer is one of Illinois’ most important groundwater resources, serving as the primary source of drinking water for more than 500,000 people in 15 Illinois counties and providing hundreds of millions of gallons of water per day to communities as well as agriculture, industry, and rural wells.

According to the plaintiffs, Peoples Gas’ neglect caused large amounts of natural gas and other combustible gases and hazardous chemicals to surge into the Mahomet aquifer – the sole source of water for east-central Illinois – from an underground natural gas storage facility it operates in Champaign County, Illinois, rendering the water hazardous, and in some cases flammable.

While corrosion of the wells had been occurring undetected for decades, a notable contamination event occurred in 2015, when the well corrosion reached the point of “blow-out,” resulting in a large amount of natural gas pushing into the aquifer, contaminating drinking water. According to the suit, it was a year later in 2016 by the time Peoples Gas noticed the gas bubbles percolating in the water, yet took no immediate, meaningful action.

According to the suit, Peoples Gas, a subsidiary of WEC Energy Group (NYSE: WEC), failed to perform EPA-required routine testing that would have detected the problems and prevented the gas leak. According to the complaint, the last test before the blow-out was conducted more than 27 years ago, when the tests revealed severe deterioration of the steel piping system.

“With the metal actively degrading in the well, Peoples Gas had every reason to expect danger was looming,” said Beth Fegan, founding partner of FeganScott. “You can’t neglect evidence of a gas leak for 27 years and claim you’re not responsible.”

Yet that is exactly what Peoples Gas has done in individual lawsuits filed in Champaign County, prompting a state court to deny Peoples Gas’ attempts to dismiss those lawsuits. Declining to adopt Peoples Gas’ arguments, the state court summarized Peoples Gas’ position: “If [Peoples Gas] pumped methane, non-potable saltwater, or sarin nerve gas into its storage reservoir, causing it to come through the ‘geological strata’ to ultimately come out of that Plaintiff’s faucet, that is just tough luck.” Eisenmann v. The People’s Gas Light and Coke Co., No. 2018-L-108 (Champaign Co., Ill. ) (Aug. 28, 2020 Order). As a result of People’s Gas failure to take responsibility, and its actions that run counter to prior agreements to protect area groundwater, the class action lawsuit seeks to hold the company accountable for all area residents.

Although Peoples Gas stores natural gas beneath the Mahomet aquifer, the gas itself is purely for storage or for use by Chicagoans in the winter months, meaning rural Mahomet and Fisher, Illinois residents face life-altering consequences due to gas and fuel that they don’t benefit from, according to the suit.

The suit also claims that Peoples Gas intentionally misled the public by attempting to cover up the gas leak and the risks it creates for the public, while also engaging in multiple counts of mail and wire fraud to collect a profit while residents suffered from the contaminated water.

According to the complaint, Peoples did periodically file incident reports with the U.S. Department of Pipeline and Hazardous Materials Safety Administration but routinely misrepresented the severity of the issues.

“We live in one of the most developed countries in the world and these residents are fighting for one of the most basics human rights – access to potable drinking water,” said James Spiros, founding partner of Spiros Law. “What is most galling is that Peoples made a mindful decision to skimp on testing and maintenance, knowing the impact that would have on families across Illinois.”

Residents and homeowners who are interested in learning more about this class-action suit are urged to send their contact information to aquifer@feganscott.com.

Spiros Law is a Personal Injury law firm that takes cases all over Illinois. Founded in 2005, Spiros Law has offices in Danville, Kankakee and Champaign, Illinois. Spiros Law represents those who have been severely injured due to someone else’s negligence. They have built and continued to maintain the reputation of being a leading Central Illinois Personal Injury law firm by aggressively representing their clients and having a passion for obtaining justice on their behalf. To learn more about Spiros Law, visit www.spiroslaw.com where you can find additional information to help guide you in the right direction if you are looking for legal assistance. 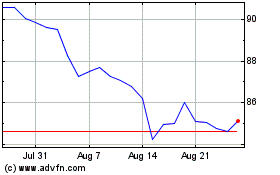 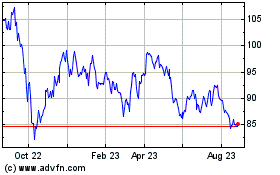 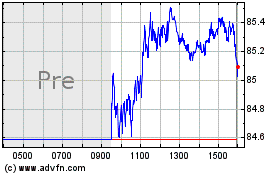