Ecoark Holdings Inc. shares were down 35% to $8.29 after the company said that on Friday, a Little Rock, Ark., jury awarded Ecoark and its wholly owned subsidiary Zest Labs Inc. a total of $115 million in damages in a lawsuit against Walmart Inc.

The company said Walmart was found liable on three claims from a lawsuit filed in August 2018.

In addition to the $65 million in compensatory damages, the award includes $50 million in punitive damages for Walmart's willful and malicious conduct.

The lawsuit accused Walmart of using and disclosing trade secrets of Zest relating to reducing and fighting the worldwide problem of fresh food loss and waste.

Ecoark said it doesn't believe Walmart has any basis to appeal the verdict, and doing so "will only confirm that the judgment was proper." The company plans to file an appeal of some of the judge's pretrial rulings to make sure that Walmart is held fully accountable for its actions. The appeal will allow Ecoark and Zest to seek additional liability and damages findings against Walmart to ensure that innovative businesses are protected from misappropriation of their technologies.

Ecoark and Zest also intend to file post-trial motions in the coming weeks to add an award of their attorneys' fees as the prevailing party in the litigation. 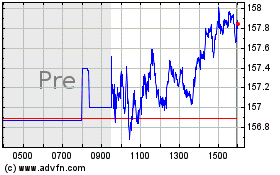