U.S. fuel makers slashed production during the second quarter as they reeled from a historic decline in demand for gasoline and jet fuel.

Long a bright spot in the oil patch, refiners such as Valero Energy Corp. and Phillips 66 pumped the brakes as the coronavirus pandemic kept people off the roads and out of the skies, crushing demand for the fuels they produce.

U.S. consumption of gasoline and distillates including diesel has rebounded from its April trough to more than 90% of year-ago levels, Energy Information Administration data show. But demand for jet fuel remains anemic, at little more than half of last year's level, a sign that global oil demand is likely to remain depressed for years.

World-wide, fuel makers have coped by processing far less crude, shutting down some facilities and constraining spending. This year's average global refinery utilization rates are expected to be the lowest in 37 years, according to the International Energy Agency. Refiners typically make less money when they operate well below capacity because the cost of running their facilities doesn't decline by much.

In the latest sign of pressure on the sector, Marathon Petroleum Corp. told employees Friday that it has no plans to restart two refineries that it idled in April. Marathon on Sunday evening also announced that it was selling its gas-station business to the owner of the 7-Eleven convenience store chain for $21 billion in the largest U.S. energy-related deal so far this year.

U.S. refiners' second-quarter results provide a glimpse of the challenging future that fuel makers face as tougher fuel-efficiency requirements and electric vehicles threaten their businesses. That is the reality already facing refiners in Europe, where demand for transportation fuels had fallen even before the pandemic.

"To a degree, the pandemic is a harbinger of the coming energy transition more broadly, where oil demand declines year after year," said Kurt Barrow, a vice president at analytics firm IHS Markit.

Phillips 66 ran its refineries at 75% of capacity during the second quarter, down from 97% in the same period a year earlier. Its refining business lost $878 million pretax during the period, whereas in the year-ago period it generated $983 million in pretax profit.

The company's margin on each barrel of oil that it processed fell to $2.60 from $11.37 a year earlier. That contributed to a second-quarter loss of $141 million, compared with profit of $1.4 billion in the year-ago period.

Valero processed some 22% less crude during the second quarter than it did a year earlier, and its margin per barrel fell to $5.10 from $9.58. The company largely reversed the $2.5 billion inventory write-down that it took during the first quarter, as oil prices roughly doubled from the end of March to the end of June.

That reversal helped to lift Valero's second-quarter profit to $1.3 billion from $612 million in the year-ago period. Excluding one-time adjustments, the company reported a $504 million loss, compared with $665 million in profit during the same period last year.

Many observers expect jet-fuel consumption to remain low for years, as people avoid flying because of the coronavirus and businesses conduct more meetings by videoconference, constraining global oil demand.

By the end of next year, the IEA expects world oil consumption will be about 2% below levels from late 2019. Some refineries likely will have to shut down, much as they did after the 2007-09 recession, when some eight million barrels a day of refining capacity permanently closed, according to the IEA.

PBF ran about 21% less oil through its systems during the second quarter than it did a year earlier as its margin on each barrel plummeted to $1.54 from $9.10. The company generated $413 million in second-quarter profit versus a year-ago loss of $22 million, thanks in part to asset sales and an increase in inventory value.

Mr. Nimbley said PBF is focused on weathering the pandemic and reducing debt, at which point it will look to diversify into areas such as renewable diesel, a fuel made from products such as vegetable oil or grease.

IHS, the analytics firm, expects global oil consumption will surpass 2019 levels in 2023 and continue to grow at least through the end of the decade, yet remain far lower than it would have been had the pandemic never happened. Others such as Rystad Energy think world oil demand will peak before the end of the decade as electric vehicles gain market share and people travel less.

Either scenario is challenging for fuel makers.

U.S. refining companies raked in cash in recent years, despite relatively flat domestic fuel consumption, because of an uptick in exports and a shale boom that outpaced domestic pipeline infrastructure. Soaring production created crude bottlenecks in pockets of the U.S. and regional price dislocations that fuel makers took advantage of.

Such severe regional price disparities are unlikely to re-emerge soon because U.S. oil production has fallen to around 11 million barrels a day, from some 13 million barrels a day earlier this year, relieving pressure on the conduits that move crude around the country, said Sandy Fielden, director of oil and products research for Morningstar Inc. For those looking to unload weaker assets, buyers are few and far between.

"They're in the same boat as the European refiners have been in for years, which is too many refineries, not enough demand," Mr. Fielden said. 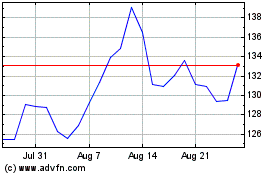 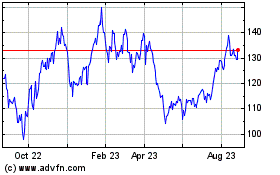 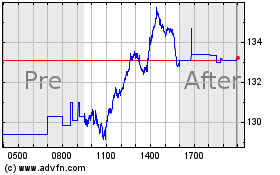