UnitedHealth Group Inc. Chief Executive David Wichmann retired after 40 months in the role and was replaced by Andrew Witty, the company's president, an abrupt move that raises questions about the reasons for the change.

Mr. Witty, 56 years old, the former CEO of drugmaker GlaxoSmithKline PLC, became the chief executive of UnitedHealth's Optum health-services unit in 2018, and added the president title in November 2019. Before joining UnitedHealth as an executive, he had served on its board. He recently returned from a leave of absence to work on Covid-19 efforts at the World Health Organization.

Mr. Wichmann, 59, who became CEO in September 2017, will work in a transition role through March of this year. He joined UnitedHealth in 1998, and had been president before assuming the top role.

UnitedHealth is the parent of the biggest U.S. health insurer as well as its burgeoning Optum arm, which includes a growing network of doctor groups and other health-care providers.

The sudden switch is particularly surprising in a company that has demonstrated a deliberative leadership transition process at the top. Mr. Wichmann, a former CFO as well as leader of UnitedHealth's insurance unit, had long been positioned as the successor to Stephen J. Hemsley, now UnitedHealth's board chairman, who was the company's CEO for more than a decade.

The move, coming within weeks of the release of earnings that were seen as solid, will surprise investors, said Matthew Borsch, an analyst with BMO Capital Markets. "Everything looks on track" with the company's performance, he said. Investors "will look to better understand what the catalyst was for the change, until they understand that the reaction will be negative on the uncertainty."

UnitedHealth gave no reason for the change, and a spokesman declined to comment beyond its press release. The spokesman said Mr. Witty, Mr. Wichmann and others weren't available for comment.

In a note sent Thursday morning to UnitedHealth employees, Mr. Wichmann said it was "bittersweet" to announce his departure. In the note, he said the move "is the right decision for me and my family."

In his note to employees, Mr. Witty said his top priorities were "to help ensure we continue to modernize the health system; continue developing and attracting the best talent in our industry; innovate and accelerate our capabilities; and set forth a bold strategy for transforming the way care is accessed, delivered and paid for across the continuum."

Mr. Hemsley praised both Mr. Witty and Mr. Wichmann in the release, saying Mr. Witty is "uniquely well-positioned to help the company take the next steps on its steady path to grow and deliver for its shareholders and the customers and people we are privileged to serve." 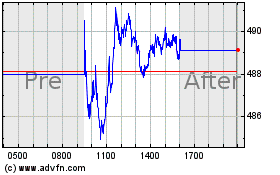