1. Name of the Registrant:

2. Name of persons relying on exemption:

3. Address of persons relying on exemption:

and Board of Directors (the “Board”)

Re: Union Pacific Corporation (the “Company”)

Dear Messrs. Menicucci, Fritz, and Members of the Board:

We are writing in response to your letter, dated March 19, 2021, which contains the Board’s statement in opposition (“Statement”) to the shareholder proposal submitted by The Children’s Investment Master Fund on November 11, 2020 (the “Proposal”). Terms defined in the Proposal have the same meaning in this letter.

As you are no doubt aware, the SEC yesterday did not find a basis for exclusion of the Proposal from your proxy statement for the forthcoming annual meeting of shareholders of the Company (the “Annual Meeting”).

Your Statement seeks to justify why shareholders should vote against the Proposal at the Annual Meeting. The Statement recites that the Company has a goal “to reduce by the year 2030 the absolute scope 1 and 2 GHG emissions from our operations by 26%, measured against a 2018 baseline.” However, it also states that the Company has “not to date issued a report detailing actions we expect to take to mitigate our carbon footprint in the future” while acknowledging that “climate change requires urgent action”.

We agree. We also remind you that a goal without a plan is meaningless.

We Believe You Fail to Properly Characterize Our Proposal

In response to your arguments seeking to justify why implementing the Proposal would not be appropriate:

1.       You state that “implementation of this proposal requesting an annual advisory vote on a ‘“Reduction Plan” is not appropriate as a policy matter because it: will result in undue focus on year-to-year change.” Note that our Proposal asks only for the strategy that the Company may have adopted or will adopt to reduce Emissions in the future, including any Emissions’ “progress” made year over year. The Company already discloses a great amount of information covering many other areas of focus—particularly financial—showing year-to-year changes without damaging the long-term focus of the Board. It is unclear why mere disclosure of Emissions and progress in the reduction of such Emissions would impact the Board’s timeframes.

You state that the Company “looks to the goals of the Paris Agreement.” The Paris Agreement requires a 45% reduction in global emissions by 2030 (compared to 2010 levels) so if the focus is only on long term goals this target will not be met.

Combating climate change should be a key priority for the Board so clearly there is a need for the Company to also focus on short-term goals. In fact, the Climate Action 100+ Net- Zero Company Benchmark, which is backed by 550 investors with >$52trn of AUM, requires that companies have short-term, medium-term and long-term emissions reduction targets. In other words, if targets are too far out in the future no one will be held accountable.

Adapting to improved technologies will likely be a key factor in reducing the Company’s Emissions, but that is for the Board to decide. The Proposal simply requests disclosure of these crucial decisions and provides for shareholders to express, in a non-binding way, approval or disapproval of the Reduction Plan.

3.       Finally, the Proposal specifically does not direct the Board how to act— it is only advisory and only requests that the Board disclose the Emissions and its Reduction Plan. Clearly, therefore, the Proposal does not “blur the lines between shareholders’ oversight of Company policy and governance and management’s responsibility for the day-to-day operations of the Company.”

Moreover, the Proposal’s request is only for information and to allow shareholders to approve or disapprove of a Reduction Plan. It is generally accepted that shareholders have the right have their voices heard on significant policy decisions related to a company and to request information from a company’s board, so we fail to see why the Proposal is in any way controversial to you.

Your Peers Are Already Ahead of You on Climate

The Company’s railroad peers, Canadian National Railway and Canadian Pacific Railway have recently committed to give their shareholders a “Say on Climate”. These two companies do not agree with your arguments that disclosure of their Reduction Plans would result in an undue focus on the short term, or restrict their ability to adapt to improved technologies.

Indeed, Canadian Pacific Railway recommended, in its 2021 Proxy Circular, that its shareholders should vote “for” TCI’s resolution, stating, “The CP Climate Strategy will take into account the unique considerations of CP’s business [ ] including innovation necessary to support a low carbon transition. It will be appropriately developed and managed by CP’s proven management team and following our leading governance practices. The Board will oversee and ensure the targets and plan are appropriate.”

Also, Canadian National Railway announced in February 2021 that its Board would seek an annual advisory vote on its climate action plan, stating that “Innovations in fuel-efficient locomotives, rail technology, and data analytics, combined with enhanced operating practices and cleaner fuels have made us an industry leader, and are key to achieving our short and medium term emission targets.”

In conclusion, we would like to request that the Board reconsiders its recommendation that shareholders vote against the Proposal.

Thank you for your time and consideration. 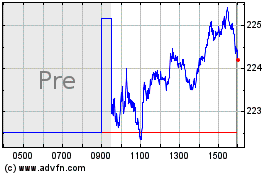