LONDON -- This city's decision to revoke Uber Technologies Inc.'s operating license opens a window into what drivers say has been a relatively common practice of sharing or renting out driver accounts at a number of ride-hailing apps.

Transport for London, the city's main transportation regulator, said earlier this week it determined 14,000 Uber rides in late 2018 and early 2019 weren't conducted by authorized drivers, but by others who had been able to substitute their photos to use a real driver's account.

Jay Johnson of Brandon, Fla., who has been an Uber driver for about six years, said other drivers told him a few times that they shared their accounts with relatives. He occasionally socializes with other drivers at Tampa International Airport, where the topic comes up.

His passengers also described getting into cars with Uber drivers who didn't look anything like the photos on the Uber app. "It's not unusual, " said Mr. Johnson, 52 years old.

People who rent accounts and cars from Uber drivers do so in most cases because they lack a driver's license, would likely fail a background check or can't afford a car, said Harry Campbell, a former Uber driver and author of the Rideshare Guy blog. "Usually the reasons are nefarious, " he said.

Account sharing "is a dirty little secret" among American drivers, said Bryant Greening, co-founder of LegalRideshare LLC, a personal-injury law firm in Chicago representing Uber and other ride-share drivers nationwide. "I don't think this is a problem like in London, but that doesn't mean it doesn't happen here."

An Uber spokeswoman said different account-sharing issues come up in different countries for different reasons. "We see so many different flavors of fraud in different markets," she said. Uber in a statement Monday, in response to the London license decision, said it was committed "to constantly updating and strengthening our processes" to guard against fraud.

The issue identified in London involved 43 drivers who managed to trick the Uber app into thinking they were inside special Uber offices. The offices, called Greenlight hubs, are the only place where drivers in London can update their profile photo.

Uber said it remedied the photo-fraud problem in London in October and rolled out fixes world-wide. The Uber spokeswoman, however, said it isn't necessarily a "silver bullet."

Drivers say photo swapping provides a simple way for one driver to temporarily transfer access to an authorized ride-hailing account to someone else. Drivers taking a vacation or an extended break, for instance, can try to rent out their Uber credentials to others. Another technique: Two or more drivers can alternate shifts on the same account.

Sometimes the transfer is made to friends or acquaintances, and sometimes to strangers, according to drivers and a survey of chat rooms and Facebook groups for app-based drivers where these account rentals are solicited.

Swapping photos can also allow nonauthorized drivers to access accounts at other ride-hailing apps. One licensed driver in London, for example, showed a reporter how he was able, with a few taps on his phone, to swap out his profile photo with another person's photo on ViaVan and London Carriages' Passenger app, two smaller ride-hailing apps that operate in London.

A spokeswoman for ViaVan Technologies BV said that if drivers update their profile independently within the app, any new photo wouldn't be visible to a ViaVan rider until it had been approved by a member of the company's compliance team. "ViaVan is in full compliance with all TfL regulations," she said. London Carriages didn't reply to requests for comment.

In September, Uber said it was working on security enhancements that would require drivers to look at their smartphone camera, then blink, smile or turn their head, to help verify their identity.

The unofficial marketplace extends well beyond London. A driver in South Africa posted a new request in a Facebook group this month: "Hey guys, I'm looking for a Taxify or Uber account to rent," he wrote. In an interview, he said he had previously rented out an account from a driver for Bolt Technologies OU, an Estonian ride-hailing app previously called Taxify, for eight months. He paid 400 rand ($27) a week.

Three people responded to his request in comments to his post, with prices ranging from 400 rand to 1,000 rand.

Uber in its statement on social-media posts discussing the rental of accounts said it had "several safeguards in place to prevent account sharing (or renting) in the way that is being advertised" online. In addition to moves put in place to prevent photo fraud, Uber is alerted when drivers change phone numbers or log into the same account from several devices. Any changes, for instance to payment-account details, are flagged for review.

The administrator for one Facebook group for ride-sharing drivers in London said there are some telltale signs of shared accounts, including excessive hours. He said most drivers he knew drove a maximum of 60 to 70 hours a week.

"If you see a car clocked up 140 to 150 hours online in a week, obviously that vehicle is shared," this driver said. "It's not rocket science."

Write to Parmy Olson at parmy.olson@wsj.com and Sarah E. Needleman at sarah.needleman@wsj.com 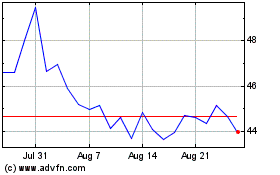 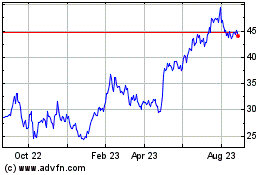 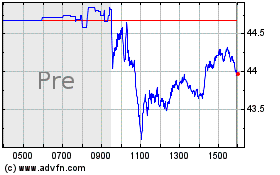