Over the past 12 months, a pandemic has led to the deaths of hundreds of thousands of Americans, and lockdowns have pummeled businesses and the economy.

The stock market, however, shrugged off much of this gloom. Even when knocked off course by a wave of fear, share prices repeatedly bounced back, leaving bellwethers like the Dow Jones Industrial Average and the S&P 500 index setting new records by year's end.

Investors in actively managed mutual funds fared even better, according to data from Refinitiv Lipper. While the Dow climbed 7.2% in 2020 and the S&P 500 wrapped up the year with a gain of more than 16%, the average diversified U.S. stock fund rewarded investors with a 19.1% increase.

The Wall Street Journal's quarterly Winners' Circle survey of top-performing actively managed U.S. stock mutual funds reveals that a baker's dozen delivered gains of at least 100% for the 12 months ended Dec. 31, leaving a lucky subset of fund investors feeling that 2020 wasn't such a grim year after all. The best of the bunch, measured only by raw performance numbers over that period, was Morgan Stanley Institutional Inception fund (MSSGX), which posted a gain of 150.6%, including a 19.5% surge in the final four weeks of the year, according to data from Morningstar.

"We had this perfect storm, with low rates creating little in the way of alternatives" to stocks last year, says Dennis Lynch, head of the Counterpoint Global team at Morgan Stanley Investment Management, who oversees the fund. His team also manages three other funds that posted triple-digit gains in 2020, including Morgan Stanley Institutional Discovery fund (MPEGX). It posted a gain of 142.6% for the year, making it the fifth-best performer in our quarterly survey.

These and other Morgan Stanley funds had "more than our fair share of investments in companies benefiting from e-commerce, people working from home, streaming entertainment and e-commerce," Mr. Lynch says. Companies such as Square Inc., Tesla Inc., Zoom Video Communications, Spotify Technology SA or Twilio Inc., he has said in previous discussions with The Wall Street Journal, have formed part of his portfolios in recent years, as he and his team recognized their potential to shake up how businesses function. During the pandemic, that process accelerated, transforming these stocks into market darlings.

"This isn't just a one-year thing," says Ron Baron, founder and manager of Winners' Circle runner-up Baron Partners fund (BPTRX), which delivered a 148.5% return to investors in 2020. "We're seeing the benefits of decisions we made five years ago" or more, he says. Nor does Mr. Baron claim any credit for anticipating either the pandemic or the form that stock-market returns would take as a result. "We just gravitate to entrepreneurial companies with disruptive businesses changing the world -- businesses that have irreplaceable assets," he says.

In third place at the end of 2020 was American Beacon ARK Transformational Innovation fund (ADNIX), which posted a gain of nearly 148%, more than 30 percentage points higher than its third-place finish for the 12-month period ended Sept. 30. The fund, managed by Catherine Wood, chief executive officer of ARK Investment, also has benefited from investing in disruptive, future-oriented business models. The pandemic, Ms. Wood has noted, "accelerated the uptake" rate of an array of products and services provided by companies in which the ARK team already had established positions.

To produce these quarterly rankings of top U.S. equity funds, The Wall Street Journal draws on data from Morningstar for the trailing 12-month period. We limit the universe we examine to those diversified funds that are actively managed by portfolio managers and teams of analysts, and exclude index funds and quantitative funds based on models rather than on research and stock selection by managers. We also don't include in these rankings any sector fund, or funds that use leverage to amplify their returns. Neither do we add exchange-traded funds to this mix.

Our goal is to shed light on how managers who have performed well recently approached the market, and what led them to invest in the stocks that contributed most heavily to their outperformance. Investors shouldn't view this as any kind of recommendation, however, and should always undertake their own research into whether these funds -- or any others -- are suitable for them. Some may have above-average fees, uneven return patterns, or may not be readily accessible to individual investors, for instance.

Looking at the funds that have dominated our list of outperforming stock funds over the course of the year does produce some interesting insights, however.

For starters, there was the Tesla factor. Funds that owned shares in the electric-car maker were pretty much guaranteed to end up on the top of the heap in 2020, thanks to the 743% surge in its stock price. Mr. Baron, for instance, says that as of last week his portfolios own Tesla stock valued at $47.75 billion: of that, he says, $45 billion is profit on a position he first established in 2014. Mr. Baron expects SpaceX, the rocket and satellite-launch business created by Tesla's founder, Elon Musk, to be just as lucrative for its potential investors in the years to come.

While most top-performing mutual-fund managers oversaw relatively concentrated funds and could boast of being early investors in some of the pandemic's biggest beneficiaries like Zoom or Spotify, they emphasize that their smaller-than-average portfolios are surprisingly diverse.

Mr. Lynch, for instance, has built a position in Utz Brands Inc. since the chip-and-pretzel maker went public (via a merger with a special-purpose acquisition vehicle) in August. The new company's share price has been volatile since its debut, but Mr. Lynch isn't worried. "They have a big brand, they are one of the few companies to have a national distribution platform, and they are a family-owned business that has been well-run for a long time," he says of the 99-year-old company. Retail spending is struggling, but Mr. Lynch says this is the kind of holding that will help his funds continue to deliver healthy returns.

Mr. Baron, meanwhile, remains a fan of resort and travel companies like Hyatt Hotels Corp. and Vail Resorts Inc. Savvy management will help them ride out the pandemic, he says, and position them for renewed growth once the Covid-19 vaccine has been widely distributed. Mr. Baron's son and co-manager, Michael Baron, says, "We knew that Hyatt could weather the storm since they had built up enough cash on their books to last for three years." Some companies worry about how they will woo back their customers, but the younger Mr. Baron says Hyatt already has a strategy in place.

Combining the perspective of two generations in building the portfolio has led to some great discussions, father and son agree. "Michael is more skeptical that travel will look like it did before," says the elder Mr. Baron. The younger Mr. Baron points to the investment rationale behind the fund's stake in gaming company Activision Blizzard Inc. "I've never been a gamer myself," he says, "but I do understand how these games provide a social element, and how Activision is blurring the line between gaming and video entertainment."

For his part, Mr. Lynch is not only broadening the nature of his holdings but adding significantly to their number. A year ago at this time, the concentrated funds that he manages and that frequently appeared on The Wall Street Journal's list of outperformers had fewer positions than they do today. The Discovery Fund, for example, had anywhere from 30 to 40 active investments; today that number is between 40 and 60. He declined to comment on recent portfolio changes.

What Mr. Lynch does note is that the pandemic and the drop in interest rates have caused investors to bid up the prices of many of those companies and industries that have beaten the odds and continue to generate growth. In an investment environment where bitcoin has become one of the top-performing "asset classes," investors of all stripes are willing to tolerate premium valuations.

"A lot of market returns have been pulled forward" in time, he says. Even if those companies whose stocks soared last year -- as investors sought pockets of above-average growth -- continue to deliver solid gains in revenue and earnings in 2021 and beyond, their stock prices could plateau.

The result, Mr. Lynch says, is that future stock-market returns could be a lot lower. He adds that his own expectations are "much lower," even though he remains comfortable hanging on to many of those stocks that have transformed his funds into top performers. Still, the gap between what those favorite stocks can deliver and the likely returns of the stocks that Mr. Lynch until now has put to one side as being less appealing already has narrowed. "Our level of conviction just isn't as high as it was a year ago," he says. 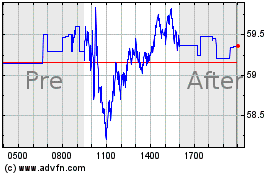