EXPLANATORY NOTE
Tufin Software Technologies Ltd. (the “Company”) previously announced a merger (the “merger”) involving subsidiaries of Turn/River Capital Management LP (“Turn/River”), whereby the Company will be acquired by Turn/River, a software-focused investment firm, in an all-cash transaction valued at approximately $570 million.
The Company hereby announces that the shareholders of the Company approved the merger proposal brought before the special general meeting of shareholders held on June 7, 2022 (the “Meeting”), by the requisite majority in accordance with the Israeli Companies Law, 5759-1999 (the “Companies Law”), and the Company’s articles of association, as described in the Company’s special general meeting proxy statement, furnished to the United States Securities and Exchange Commission (the “SEC”) on a Report of Foreign Private Issuer on Form 6-K on May 13, 2022. Approximately 95.4% of the ordinary shares present or represented by proxy at the Meeting voted in favor of the merger proposal, excluding abstentions, broker non-votes and shareholders who did not complete the affiliation certification required under the Companies Law.
The waiting period under the Hart-Scott Rodino Antitrust Improvements Act of 1976, as amended (the “HSR Act”), expired at 11:59 p.m., Eastern Time, on Friday, May 20, 2022 with respect to the merger.
Shareholder approval and expiration of the waiting period under the HSR Act satisfy two conditions necessary for the consummation of the merger. Consummation of the merger remains subject to other pending conditions described in the merger agreement furnished to the SEC on a Report of Foreign Private Issuer on Form 6-K on April 6, 2022.
The contents of this Form 6-K are hereby incorporated by reference into the Company’s registration statements on Form F-3 (File No. 333-239715) and Form S-8 (File Nos. 333-231985, 333-237291, 333-253994 and 333-264612).
2
SIGNATURES
Pursuant to the requirements of the Securities Exchange Act of 1934, the registrant has duly caused this report to be signed on its behalf by the undersigned, thereunto duly authorized.
3
Tufin Software Technolog... (NYSE:TUFN)
Historical Stock Chart
From Jan 2023 to Feb 2023 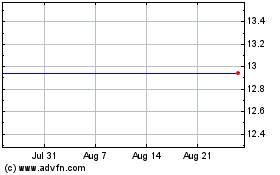 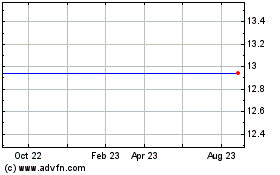 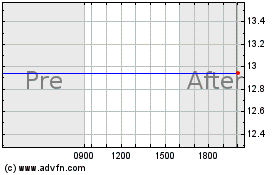