Tiffany & Co. (NYSE:TIF) today announced that it has filed a lawsuit in the Court of Chancery of the State of Delaware against LVMH Moët Hennessy-Louis Vuitton SE and related entities (“LVMH”).

The lawsuit relates to the November 24, 2019 Merger Agreement between Tiffany and LVMH providing for the acquisition of Tiffany by LVMH and seeks, among other things, an order requiring LVMH to abide by its contractual obligation under the Merger Agreement to complete the transaction on the agreed terms.

The lawsuit not only makes clear that LVMH is in breach of its obligations relating to obtaining antitrust clearance, but also refutes LVMH’s suggestions that it can avoid completing the acquisition by claiming Tiffany has undergone a Material Adverse Effect (“MAE”) or breached its obligations under the Merger Agreement, or that the transaction is in some way inconsistent with its patriotic duties as a French corporation.

Under the terms of the Merger Agreement, LVMH assumed all antitrust-clearance risk and all financial risk related to adverse industry trends or economic conditions. In addition, LVMH is required to do everything necessary to secure all required regulatory clearances as promptly as practicable.

The Merger Agreement provided for an initial outside date of August 24, 2020, which the parties agreed at signing would provide for more than sufficient time to obtain all the required regulatory clearances, because the transaction does not pose any substantive antitrust concerns. The Merger Agreement also gives either party the option to unilaterally extend the outside date to November 24, 2020 if antitrust clearances are the only remaining condition to closing at August 24, 2020.

As of August 24, 2020, LVMH had not even filed for antitrust approval in three of the required jurisdictions. Because all other conditions to closing were met on that date, Tiffany elected to extend the outside date to November 24, 2020. However, this extended outside date is now less than three months away, and LVMH still has not filed formal requests for antitrust approval in the European Union or Taiwan, and applications are still outstanding in Japan and Mexico, all due to LVMH’s concerted efforts to delay or avoid receipt of regulatory approvals in those jurisdictions in breach of the Merger Agreement.

Roger N. Farah, Chairman of the Board, said, “We regret having to take this action but LVMH has left us no choice but to commence litigation to protect our company and our shareholders. Tiffany is confident it has complied with all of its obligations under the Merger Agreement and is committed to completing the transaction on the terms agreed to last year. Tiffany expects the same of LVMH.”

Chief Executive Officer Alessandro Bogliolo said, “The fundamental strength of Tiffany’s business is clear. The company has already returned to profitability after just one quarter of losses, and we expect our earnings in the fourth quarter of 2020 will actually exceed the same period in 2019.”

The COVID-19 pandemic has not prevented other parties from making antitrust filings on a timely schedule. Among the ten largest transactions announced since the beginning of the fourth quarter of 2019, this is the only transaction that has not yet formally filed for antitrust approval in the European Union. All nine other transactions filed formal notifications with the EU between March 27 and July 7.

In response to Tiffany’s valid extension of the outside date, LVMH claimed to reserve its rights to challenge Tiffany’s extension. Yesterday, LVMH for the first time advised Tiffany of the existence of a letter, dated August 31, 2020, that LVMH purportedly received from the Ministre de l’Europe et des Affaires Etrangéres. LVMH has not provided Tiffany with a copy of the letter, but an English translation provided by LVMH states that “the American government has decided to implement an additional customs duty on the import of certain French goods, in particular goods in the luxury sector” and that LVMH “should defer the closing of the pending Tiffany transaction until January 6, 2021” in order to support the French Foreign Affairs Minister’s stated intent to “take measures in order to dissuade the American authorities from putting these tariff sanctions into effect.”

Roger Farah stated, “We believe that LVMH will seek to use any available means in an attempt to avoid closing the transaction on the agreed terms. But the simple facts are that there is no basis under French law for the Foreign Affairs Minister to order a company to breach a valid and binding agreement, and LVMH's unilateral discussions with the French government without notifying or consulting with Tiffany and its counsel were a further breach of LVMH’s obligations under the Merger Agreement. ‎Moreover, this supposed official French effort to retaliate against the U.S. for proposed new tariffs has never been announced or discussed publicly; how could it possibly then be an effort to pressure the U.S. into revoking the tariffs? Furthermore, as we are not aware of any other French company receiving such a request, it is all the more clear that LVMH has unclean hands.”

Despite having no contractual basis to do so, LVMH has advised Tiffany that it intends to honor this request from the French government to refuse to close the transaction until January 6, 2021, while also informing Tiffany that LVMH will not extend the outside date under the Merger Agreement beyond November 24, 2020, effectively stating that LVMH no longer intends to complete the transaction. In addition, LVMH has asserted there has been a Material Adverse Effect and a breach by Tiffany of the Merger Agreement, which LVMH suggested could give it the option to seek to terminate the Merger Agreement. LVMH did not provide any basis for these assertions.

The Merger Agreement does not excuse LVMH from completing the merger merely because a government minister has requested that LVMH breach the Merger Agreement. Further, Tiffany believes this latest development represents nothing more than LVMH’s most recent effort to avoid its obligation to complete the transaction on the agreed terms, not dissimilar from LVMH’s baseless, opportunistic attempts to use the U.S. social justice protests and the COVID-19 pandemic to avoid paying the agreed price for Tiffany shares. The Material Adverse Effect clause in the Merger Agreement is narrowly defined and, notwithstanding LVMH’s focus on the COVID-19 pandemic and the U.S. social justice protests, the impact of these events cannot even be taken into account in determining whether an MAE has occurred under the Merger Agreement. In fact, during the pandemic, Tiffany’s financial results compare favorably with those of other firms in the luxury goods industry, including LVMH itself. Tiffany has been a responsible steward of its business, all the while taking great care to protect the health and safety of its customers and employees.

Tiffany is seeking to expedite the Delaware proceedings to obtain a ruling prior to November 24, 2020 ordering LVMH to comply with its obligations and complete the transaction on the agreed terms.

In 1837, Charles Lewis Tiffany founded his company in New York City where his store was soon acclaimed as the palace of jewels for its exceptional gemstones. Since then, TIFFANY & CO. has become synonymous with elegance, innovative design, fine craftsmanship and creative excellence. During the 20th century, its fame thrived worldwide with store network expansion and continuous cultural relevance, as exemplified by Truman Capote’s Breakfast at Tiffany’s and the film starring Audrey Hepburn.

Today, with more than 14,000 employees, TIFFANY & CO. and its subsidiaries design, manufacture and market jewelry, watches and luxury accessories - including nearly 5,000 skilled artisans who cut diamonds and craft jewelry in the Company’s workshops, realizing its commitment to superlative quality. TIFFANY & CO. has a long-standing commitment to conducting its business responsibly, sustaining the natural environment, prioritizing diversity and inclusion, and positively impacting the communities in which we operate.

The Company operates more than 300 TIFFANY & CO. retail stores worldwide as part of its omni-channel approach. To learn more about TIFFANY & CO., as well as its commitment to sustainability, please visit www.tiffany.com.

These and other forward-looking statements are not guarantees of future results and are subject to risks, uncertainties and assumptions that could cause actual results to differ materially from those discussed in forward-looking statements, including, as a result of factors, risks and uncertainties over which we have no control. The inclusion of such statements should not be regarded as a representation that any plans, estimates or expectations will be achieved. You should not place undue reliance on such statements. Important factors, risks and uncertainties that could cause actual results to differ materially from such plans, estimates or expectations include, but are not limited to, the following: (i) conditions to the completion of the merger may not be satisfied or the regulatory approvals required for the merger may not be obtained, in each case, on the terms expected or on the anticipated schedule; (ii) the occurrence of any event, change or other circumstance that could give rise to the termination of the Merger Agreement or affect the ability of the parties to recognize the benefits of the merger; (iii) the effect of the announcement or pendency of the merger on Tiffany’s business relationships, operating results, and business generally; (iv) risks that the merger disrupts Tiffany’s current plans and operations and potential difficulties in Tiffany’s employee retention; (v) risks that the merger may divert management’s attention from Tiffany’s ongoing business operations; (vi) potential litigation that may be instituted against Tiffany or its directors or officers related to the merger or the Merger Agreement and any adverse outcome of any such potential litigation; (vii) the amount of the costs, fees, expenses and other charges related to the merger, including in the event of any unexpected delays; (viii) other risks to consummation of the merger, including the risk that the merger will not be consummated within the expected time period, or at all, which may affect Tiffany’s business and the price of the common stock of Tiffany; (ix) any adverse effects on Tiffany by other general industry, economic, business and/or competitive factors; (x) the outbreak and geographic spread of the novel coronavirus (COVID-19) and changes in financial, business, travel and tourism, political, public health and other conditions, circumstances, requirements and practices resulting therefrom; (xi) the protest activity in the U.S.; and (xii) such other factors as are set forth in Tiffany’s periodic public filings with the SEC, including but not limited to those described under the headings “Risk Factors” and “Forward Looking Statements” in its most recently filed Form 10-Q for the quarter ended July 31, 2020, its Form 10-K for the fiscal year ended January 31, 2020, the definitive proxy statement on Schedule 14A, filed with the SEC on January 6, 2020, and in its other filings made with the SEC from time to time, which are available via the SEC’s website at www.sec.gov. Consequences of material differences in results as compared with those anticipated in the forward-looking statements could include, among other things, business disruption, operational problems, financial loss, legal liability to third parties and similar risks, any of which could have a material adverse effect on Tiffany’s financial condition, results of operations, credit rating, liquidity or stock price. In addition, there can be no assurance that the merger will be completed, or if it is completed, that it will close in the timeframe previously anticipated, or that the expected benefits of the merger will be realized.

Forward-looking statements reflect the views and assumptions of management as of the date of this release with respect to future events. Tiffany does not undertake, and hereby disclaims, any obligation, unless required to do so by applicable securities laws, to update any forward-looking statements as a result of new information, future events or other factors. The inclusion of any statement in this release does not constitute an admission by Tiffany or any other person that the events or circumstances described in such statement are material. 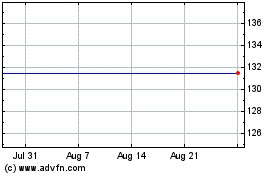 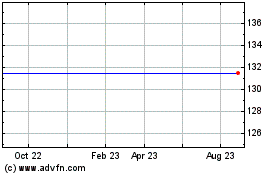 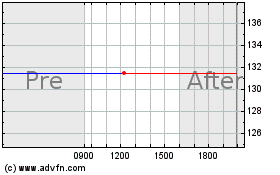