Filed by The Lion Electric Company

under the Securities and Exchange Act of 1934, as amended

The following communication was made available by The Lion Electric Company on Facebook, Linkedin and Twitter on April 6, 2021. 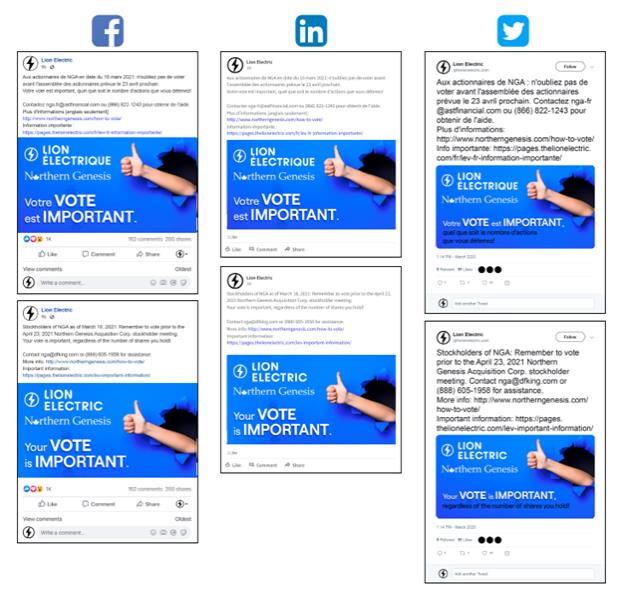 Northern Genesis and its directors and executive officers and other persons may be deemed to be participants in the solicitations of proxies from Northern Genesis’ stockholders in respect of the proposed business combination. Lion Electric and its officers and directors may also be deemed participants in such solicitation. Information regarding Northern Genesis’ directors and executive officers is available under the heading “Directors and Executive Officers” in its Annual Report on Form 10-K which was filed with the SEC on March 9, 2021. Additional information regarding the participants in the proxy solicitation and a description of their direct and indirect interests, by security holdings or otherwise, which may, in some cases, be different than those of their stockholders generally, are contained in the Joint Proxy Statement/Prospectus and will be contained in other relevant materials to be filed with the SEC in connection with the proposed business combination when they become available. Stockholders, potential investors and other interested persons should read the Joint Proxy Statement/Prospectus carefully before making any voting or investment decisions. These documents can be obtained free of charge from the sources indicated above. 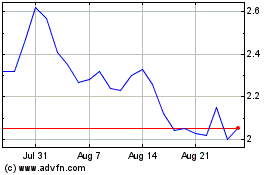 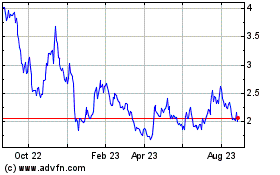 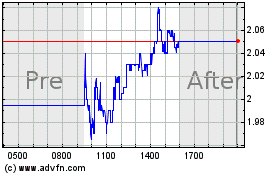