The European Commission said Thursday that it has fined pharmaceutical companies Teva Pharmaceutical Industries Ltd. and its subsidiary Cephalon Inc. a total of 60.5 million euros ($72.1 million)for violating European antitrust rules for keeping a generic version of a drug out of the market.

The commission said the two companies agreed to delay the market entry of a cheaper, generic version of Cephalon's sleep-disorder drug modafinil for several years after Cephalon's main patents had expired. The agreement was put in place before Cephalon became a Teva subsidiary, according to the commission.

"It is illegal if pharmaceutical companies agree to buy-off competition and keep cheaper medicines out of the market," Executive Vice-President Margarethe Vestager, who is in charge of competition policy, said.

According to the commission, Cephalon induced Teva not to market a cheaper version of its drug by offering a package of advantageous commercial side deals and cash payments. This eliminated Teva as a competitor and allowed Cephalon to keep charging higher prices for modafinil, even after the patent had expired. This lasted from 2005 to 2011--when Teva acquired Cephalon--and took place in most EU member states, the commission said.

The fine imposed by the commission is EUR30 million for Teva and EUR30.5 million for Cephalon, it said. 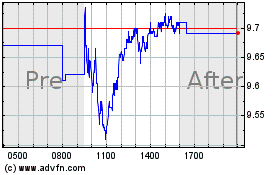