On March 24, 2021, TETRA Technologies, Inc. (the “Company”) entered into a Cooperation Agreement (the “Agreement”) with Bradley L. Radoff and The Radoff Family Foundation (collectively, “Radoff”).

Pursuant to the Agreement, the Company has agreed that one incumbent director will not be submitted for re-election to the Board of Directors of the Company (the “Board”) at the 2021 annual meeting of stockholders (the “2021 Annual Meeting”), which will be in addition to the previously announced retirement of Paul D. Coombs from the Board. In addition the Board will choose, with Radoff’s input, a diverse independent director candidate to be appointed to the Board within 30 days of the effective date of the Agreement, and this diverse director candidate will be submitted for election at the 2021 Annual Meeting.

The Company has further agreed that prior to the Company’s 2022 annual meeting of stockholders (the “2022 Annual Meeting”), William D. Sullivan will retire from the Board, both in his capacities as chairman and as an individual director, at which time either (i) the size of the Board will contract by one seat or (ii) an additional diverse independent director candidate will be appointed to the Board.

Mr. Sullivan’s future retirement is not due to any disagreement with the Company. As Chairman of the Board, Mr. Sullivan is an ex officio member of each of the Audit, the Human Capital Management and Compensation and the Nominating, Governance and Sustainability Committees of the Board.

With respect to each annual or special meeting of the Company’s stockholders during the term of the Agreement, Radoff has agreed to vote the shares of the Company’s common stock, $0.01 par value per share (the “Common Stock”), then held by it in accordance with the Board’s recommendations on director election proposals and any other proposals submitted by the Company or any stockholder, except that Radoff may vote in its discretion on Extraordinary Transactions (as defined in the Agreement) and, other than with respect to director election or removal proposals, in accordance with the recommendations of Institutional Shareholder Services Inc. and Glass Lewis & Co., LLC if each of them recommend differently from the Board.

Radoff has also agreed to certain customary standstill provisions prohibiting it from, among other things, (i) making certain announcements regarding the Company’s transactions, (ii) soliciting proxies, (iii) selling securities of the Company resulting in any third party owning more than 4.9% of the outstanding shares of Common Stock (subject to certain exceptions set forth in the Agreement), and (iv) taking actions to change or influence the Board, Company management or the direction of certain Company matters.

The Agreement will terminate on the earlier of (i) 30 days prior to the deadline under the Amended and Restated Bylaws of the Company for the submission of director nominations and stockholder proposals for the 2022 Annual Meeting, (ii) 110 days prior to the first anniversary of the 2021 Annual Meeting and (iii) the consummation of a Change of Control (as defined in the Agreement) transaction agreed to by the Board and involving the Company. Each of the Company and Radoff has the right to terminate the Agreement earlier if the other party commits a material breach of the Agreement and such breach is not cured within 15 days after notice or, if such breach is not curable within 15 days, the breaching party has not taken any substantive action to cure within such 15-day period.

The foregoing description of the Agreement does not purport to be complete and is qualified in its entirety by reference to the Agreement, a copy of which is filed as Exhibit 10.1 to this Current Report on Form 8-K and is incorporated herein by reference. 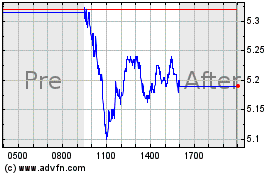