Patients returned to hospitals and surgery centers early this year as Covid-19 surges subsided and vaccinations continued, but many of those coming back are sicker, some of the nation's largest hospital companies reported.

HCA Healthcare Inc. and Tenet Healthcare Corp. this week said demand for surgery and other medical care grew in March after Covid-19 hospitalizations tumbled from early-January peaks. The pandemic's largest surge strained hospitals' capacity across the country, forcing some to scale back nonessential care and prompting anxious patients to delay treatment.

Patients returned as coronavirus cases fell through March, the hospital companies said. Demand for some types of care in the first three months of the year fell short of the first quarter in 2020, the companies said as they announced quarterly earnings. Nonetheless, greater need among patients who did return helped boost revenue and earnings for the period, and HCA and Tenet raised their outlooks for the year.

A rebound in outpatient and surgery demand contributed to HCA's 8.7% increase in revenue during the first quarter compared with a year ago, Chief Executive Officer Sam Hazen said Thursday on a call with analysts.

Hospitals had seen revenue plunge in the last weeks of March 2020, as they temporarily halted nonessential surgery to prepare for the pandemic.

Mr. Hazen also noted other indicators of growing demand for medical care in the early months of this year, including increased pediatric emergency-room visits with reopening of schools and sports, and a jump in clinic visits. New patient visits to HCA's employed doctors increased 17% in March, he said, and other outpatient care resumed.

"Some of the diagnostic activity which we believed had been deferred, it showed itself a little bit in March in ways that we hadn't seen maybe in other months in the later part of 2020," he said. "We're encouraged by that."

Still, he said the pace of recovery remained unclear. "Obviously, there's still uptake with vaccines, there's still concerns with Covid from one community to the other, and all of that could create some choppiness to it all," he said.

Half of Americans ages 18 and older have received at least one vaccine dose, federal data show. Vaccinations have eased fears of some patients who have put off care or largely sought care remotely, said Mark Casanova, immediate past president of the Dallas County Medical Society. "I've practically been begging patients over the last year to come into the hospital," said Dr. Casanova, a palliative-care doctor whose patients have critical chronic disease such as congestive heart failure and cancer.

Some of his patients have returned after vaccinations, he said. Many are also comforted by infection-control and safety efforts in place at hospitals and clinics, which remain in effect, Dr. Casanova said.

Uneven immunization rates, new variants of the virus and fatigue with public-health restrictions recently have led to resurgences of cases in some states, including Michigan, Florida and New York.

Tenet owns hospitals in Michigan and has seen cases climbing there, Tenet Healthcare President Saum Sutaria told analysts on a conference call Wednesday. Covid-19 hospitalizations in Tenet's Michigan hospitals are roughly half their prior peak, he said. Meantime, Covid-19 occupancy at other Tenet hospitals has dropped to 20%-25% of peak levels.

Tenet also saw patients returning as the pandemic's last surge subsided. "We feel very good about the non-Covid business, and I would tell you, with particular strength in surgeries," Dr. Sutaria said.

The pandemic pushed the cancellation rate to 19.4% across Tenet's ambulatory surgery centers overall for the first quarter, but the rate for March had dropped to a more-normal 16%, Brett Brodnax, chief executive of Tenet's ambulatory surgery business, said on the call. "I think that's a pretty good indication that, you know, folks are getting a little bit more comfortable," he said.

Allison Prang contributed to this article. 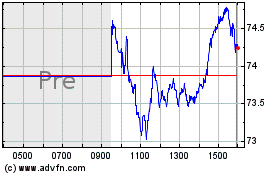