While the Teekay Group was looking forward to providing an extensive strategic and market update to the investment community, in order to fully focus on avoiding undue disruption to Teekay LNG’s business from certain complex issues that have recently emerged, the Teekay Group has determined that it would be prudent to postpone the New York event at this time.  The Company is working with its joint venture partner to expeditiously resolve this issue and will provide further updates on the situation as and when appropriate. The Teekay Group will provide details on the rescheduled investor and analyst meeting once a solution has been reached and sincerely apologizes for any inconvenience caused by this postponement.

On September 25, 2019, the United States Government, by an Executive Office of Foreign Assets Control (OFAC) Order, imposed sanctions on two subsidiaries of leading Chinese state-owned shipping and logistics company COSCO, including COSCO Shipping Tanker (Dalian) Co., Ltd. (COSCO Dalian), for allegedly trading oil with Iran with their owned vessels. COSCO Dalian is a direct 50% shareholder in China LNG Shipping (Holdings) Limited (CLNG). CLNG was not listed on the recent OFAC Order or otherwise directly implicated in any sanctioned activity, but by virtue of being 50%-owned by COSCO Dalian, CLNG currently qualifies as a “Blocked Person” under OFAC rules. CLNG, in turn, owns a 50% interest in Teekay LNG’s Yamal LNG joint venture (the Yamal LNG Joint Venture), which owns four on-the-water ARC7 LNG carriers and two ARC7 LNG carrier newbuildings.  As a result of CLNG’s 50% interest, the Yamal LNG Joint Venture also currently qualifies as a “Blocked Person” under OFAC rules.  Management has been advised by CLNG that it is actively engaged in seeking a prompt resolution to this issue.

For clarity, the Teekay Group has not traded and will not trade with Iran and will not act in contravention of any trading sanctions.

With respect to Teekay Tankers’ business, given the significant size of COSCO Dalian’s tanker fleet, these same COSCO sanctions are having a pronounced positive impact on spot tanker rates.

Teekay is a leading provider of international crude oil and gas marine transportation services and also provides offshore production. Teekay provides these services primarily through its directly-owned fleet and its controlling ownership interests in Teekay LNG Partners L.P. (NYSE:TGP), the world’s third largest independent owner and operator of LNG carriers, and Teekay Tankers Ltd. (NYSE:TNK), one of the world’s largest owners and operators of mid-sized crude tankers. The consolidated Teekay entities manage and operate total assets under management of approximately $12 billion, comprised of approximately 150 liquefied gas, offshore, and conventional tanker assets. With 12 operating offices around the world and approximately 5,700 seagoing and shore-based employees, Teekay provides a comprehensive set of marine services to the world’s leading oil and gas companies.

Teekay’s common stock is listed on the New York Stock Exchange where it trades under the symbol “TK”.

Teekay LNG Partners is one of the world’s largest independent owners and operators of LNG carriers, providing LNG, LPG and crude oil marine transportation services primarily under long-term, fee-based charter contracts through its interests in 49 LNG carriers (including two newbuildings), 22 mid-size LPG carriers, seven multi-gas carriers, and one conventional tanker. The Partnership’s ownership interests in these vessels range from 20 to 100 percent. In addition, the Partnership owns a 30 percent interest in a regasification terminal, which is currently under construction. Teekay LNG Partners is a publicly-traded master limited partnership formed by Teekay Corporation (NYSE:TK) as part of its strategy to expand its operations in the LNG and LPG shipping sectors.

This release contains forward-looking statements (as defined in Section 21E of the Securities Exchange Act of 1934, as amended) which reflect management’s current views with respect to certain future events and performance, including: the timing on the Teekay Group’s rescheduled investor and analyst meeting; the timing and certainty of resolving the sanctions-related issues facing the Yamal LNG Joint Venture; the Teekay Group’s compliance with trading sanctions; and the impact of the COSCO sanctions on the spot tanker market. The following factors are among those that could cause actual results to differ materially from the forward-looking statements, which involve risks and uncertainties, and that should be considered in evaluating any such statement: failure to find a solution to the sanctions-related issues facing the Yamal LNG Joint Venture; further sanctions imposed by OFAC on COSCO and its related entities; tanker market reaction to the sanctions; and other factors discussed in Teekay’s, Teekay LNG’s and Teekay Tankers’ filings from time to time with the SEC, including its Annual Report on Form 20-F for the fiscal year ended December 31, 2018. The Teekay Group expressly disclaims any obligation or undertaking to release publicly any updates or revisions to any forward-looking statements contained herein to reflect any change in the Teekay Group’s expectations with respect thereto or any change in events, conditions or circumstances on which any such statement is based. 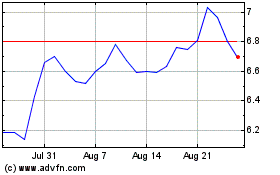 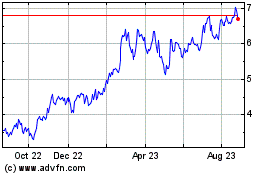 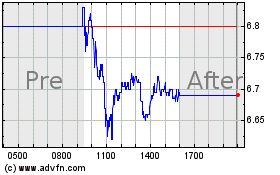