The failure of the Keystone XL project demonstrated the challenges of building new pipelines in the U.S. and Canada amid galvanized environmental groups and delivered a blow to oil-and-gas companies that now must rely on aging infrastructure.

Protesters targeted Keystone XL, which Canada's TC Energy Corp. abandoned Wednesday, and other pipelines for more than a decade, hoping to choke off fossil-fuel usage by making it harder to transport. The success with Keystone XL already has emboldened environmentalists, who in recent weeks have turned their attention to other pipelines in the U.S. and Canada.

But the U.S. and Canada still rely on pipelines to transport fossil fuels that underpin commerce, transportation and heating and cooling. As pipelines become increasingly difficult to build, the countries will become more dependent on older infrastructure that is vulnerable to disruptions. The shutdown of the Colonial Pipeline last month after it was attacked by hackers highlights the potential impact caused by unexpected disruptions to the current network.

"Clearly, we're relying on the infrastructure we currently have. The question becomes, as we think about filling future demand, and we need to repair or replace old infrastructure, how are we going to handle it?" said Amy Myers Jaffe, a research professor at Tufts University's Fletcher School.

Global oil demand is projected to peak in coming years, which could mean projects like Keystone could eventually outlive their utility, Ms. Jaffe said. "We're not building for the 1950s, we're building for the 2030s."

In the past two years, at least four multibillion-dollar pipeline projects that drew protests have been canceled or delayed after encountering regulatory and political roadblocks, and environmental groups are looking to capitalize on the momentum. Some producers also have resorted to transporting oil by rail, a more expensive and potentially more dangerous alternative.

On Monday, Calgary-based Enbridge Inc. evacuated 44 workers in Minnesota, working on replacing a crude-oil pipeline there, after a group of protesters descended on a pump station in the middle of the state. Native American tribes and environmental groups continue to challenge the Dakota Access Pipeline in a long-running effort that has entangled the company in court for years.

The death of Keystone XL is the latest setback for the oil-and-gas industry. In May, a Dutch court found that Royal Shell PLC is partially responsible for climate change and ordered the company to sharply reduce its carbon emissions in an unprecedented ruling. Meanwhile, an activist investor won three seats on Exxon Mobil Corp.'s board, a historic defeat for the oil giant that may force it to alter its fossil-fuel-focused strategy.

The trio of defeats demonstrates how dramatically the landscape is shifting for oil-and-gas companies as campaigns directed by environmentalists have spread to investors, lenders, politicians and regulators who are increasingly calling for a transition to cleaner forms of energy.

President Biden, who made canceling Keystone XL a central plank of his election campaign, has remained mostly mum about other pipeline projects under construction.

Environmental and indigenous groups have sued to stop construction on Enbridge's project to replace its Line 3 crude-oil pipeline with a larger conduit that will carry oil from Alberta's oil sands to Superior, Wis., arguing that the U.S. Army Corps of Engineers failed to consider the environmental impacts of the pipeline when it granted a water-quality permit.

The company already has replaced sections in other states but has encountered obstacles in Minnesota, where it hopes to complete construction by the end of the year. After Enbridge evacuated workers Monday, the Hubbard County Sheriff's department arrested 179 people for damaging equipment and dumping garbage on the site.

"The project is already providing significant economic benefits for counties, small businesses, Native American communities, and union members -- including creating 5,200 family-sustaining construction jobs, and millions of dollars in local spending and tax revenues," said the company in a statement on Thursday.

The Minnesota Court of Appeals is expected to make a ruling on a case that challenged the state's Public Utilities Commission's approval of the project.

Michigan state officials in November revoked a permit that allowed another Enbridge pipeline to run along the bottom of the Straits of Mackinac, citing the risk of damage to the region's ecosystem. Gov. Gretchen Whitmer gave Enbridge a May 12 deadline to shut down the pipeline, but the company hasn't complied, claiming the governor lacks the authority to do so.

The 645-mile conduit carries more than half a million barrels of oil and natural-gas liquids each day from Superior to refineries in Michigan, Ohio, Pennsylvania, Ontario and Quebec.

"Does the Keystone XL cancellation embolden fights against other pipelines? That's a resounding yes," said Mike Shriberg, Great Lakes region executive director for the National Wildlife Federation, which opposes the operation of Enbridge's pipeline through Michigan.

"We're very pleased," said Michael Brune, executive director of the Sierra Club, which opposes both Enbridge pipelines in Minnesota and Michigan. He said the successful Keystone XL effort has taught them important lessons on how to oppose other projects. "It has taught us to never give up," he said.

Enbridge pointed to the dramatic impact of the Colonial Pipeline's six-day closure last month as an example of the consequences of scuttling energy infrastructure. The shutdown of the nation's largest fuel pipeline, caused by a May 7 ransomware attack, spurred a run on gasoline across the Southeast, leaving thousands of gas stations without fuel for days.

During a Senate committee testimony Tuesday, Colonial Chief Executive Joseph Blount emphasized the scale of the pipeline, noting 50 million Americans rely on it to carry fuel to gas stations, as it provides almost half of the fuel consumed on the East Coast.

"Not only do everyday Americans rely on our pipeline operations to get fuel at the pump, but so do cities and local governments, to whom we supply fuel for critical operations, such as airports, ambulances and first responders," Mr. Blount said in written testimony. 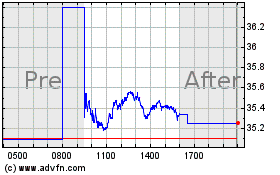