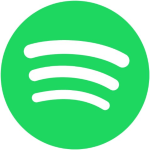 Spotify Technology SA moved past a slump that hit early in the pandemic, as customers collectively spent more time listening to the service than before Covid-19 shutdowns.

The music-streaming company added more users than expected in the most recent quarter and said consumption habits have normalized, with in-car listening hours -- which had fallen with time spent commuting -- exceeding their prepandemic peak. Listening on home devices, which exploded during lockdowns, also remained high.

At the close of the quarter ended Sept. 30, Spotify had 320 million monthly active users, higher than its guidance. Paying subscribers, its most lucrative type of customer, grew to 144 million, at the high end of the company's forecast.

"We know that when we reach more listeners, we're able to attract more creators to our platform. So with more reach comes more content and with more content, especially content unique to Spotify, there comes more opportunities to monetize," said Chief Executive Daniel Ek. "Bottom line, as I look at the increase specifically in reach that we are seeing this quarter, it gives me confidence in our ability to monetize that growth."

During the quarter, average revenue per user for the subscription business slipped 10% to 4.19 euros, equivalent to $4.92, as Spotify brought in new subscribers via discounted plans and charged lower prices in new markets such as India and Russia. The company said it had raised the price of its family plan in seven markets this month.

"Initial results indicate that in markets where we've tested increased prices, our users believe that Spotify remains an exceptional value and they have shown a willingness to pay more for our service," said Mr. Ek. "You will see us further expand price increases," he said, adding that the company will be cautious about price increases during the pandemic.

Revenue from subscriptions was up 15% from a year earlier in the quarter, to EUR1.79 billion, equivalent to $2.1 billion. Advertising revenue returned to growth after sliding in the first half of the year, rising 9% to EUR185 million. Though advertising accounts for 10% or less of Spotify's overall revenue, it has become a growth area -- on a double-digit rise before the pandemic -- as the company has expanded its podcast business, which led the rebound in the recent quarter.

The company said it now has 1.9 million podcasts available on its service, and during the period 22% of its monthly active users listened to one, up from 21% in the previous quarter. Spotify's own original and exclusive podcasts -- the shows from which it can draw ad revenue -- now account for 19% of all podcast listening on the service. "The Michelle Obama Podcast," a Spotify exclusive launched in July, was the most-listened to podcast through August. "The Joe Rogan Experience," which arrived on Spotify in September, is now the No. 1 show in all of the service's English-language markets, the company said.

With Mr. Rogan's podcast becoming exclusive to the service this fall, and strong growth from Bill Simmons's podcasts on the platform, "the ability to monetize those things going into 2021 will increase," said Spotify finance chief Paul Vogel.

Mr. Rogan drew criticism this week -- both from listeners and Spotify employees -- for releasing a podcast featuring right-wing provocateur Alex Jones, whose own content has been removed from other platforms for violating hate speech policies. On Instagram, Mr. Rogan defended his controversial guest.

"He said a lot of crazy but accurate things, and that's what I've been saying about him for years," said Mr. Rogan.

"The most important thing for us is to have very clear policies in place. We have millions of creators on Spotify, and we consistently evaluate all that content we have on Spotify and evaluate that against same policies and principles," said Mr. Ek. "It doesn't matter if you're Joe Rogan or anyone else, we do apply those policies and they need to be evenly applied."

In music, still the main draw to the service, new releases were up 13% over the previous quarter.

Revenue climbed 14% to EUR1.98 billion, in line with guidance.

Free cash flow, a measure of the cash a company generates from operations -- viewed by many investors as a proxy for performance -- was EUR103 million, more than double the EUR48 million a year earlier.

For the fourth quarter, the company forecast growth in monthly active users to between 340 million and 345 million, and in premium subscribers to between 150 million and 154 million. It guided for revenue of EUR2 billion to EUR2.2 billion. 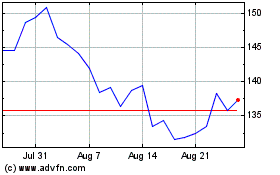 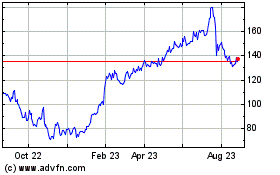 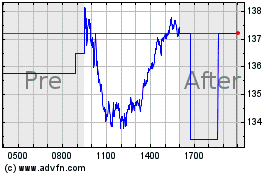