Sibanye-Stillwater Ltd. said Tuesday that it has entered into a partnership with Finnish lithium company Keliber, which includes a 30-million-euro ($36.5 million) equity investment in Keliber.

The Johannesburg- and New York-listed mining company said it will own a 30% stake in Keliber following the transaction.

In addition, a further EUR10 million equity issuance will simultaneously be offered to existing Keliber shareholders, Sibanye-Stillwater said. The deal is expected to be implemented in March, it said.

"In addition to the initial investment, Sibanye-Stillwater has a guaranteed option to achieve a majority shareholding in Keliber, following the completion of the updated feasibility study, should it wish to do so, by contributing further equity financing for the development of the project," the company said.

Keliber holds several advanced lithium deposits in the Central Ostrobothnian region of Finland and its largest shareholder is the Finnish Minerals Group, which manages the state's mining industry shareholdings. 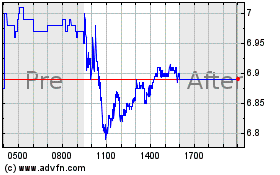