Salesforce.com Inc. is in advanced talks to buy Slack Technologies Inc., according to people familiar with the matter, a deal that would unite a giant in business software with a buzzy newcomer on a mission to replace office email.

The companies could reach a deal within days -- possibly by the time Salesforce reports its third-quarter financial results Tuesday, some of the people said. Slack, with a market value of more than $17 billion as of Wednesday morning, would be Salesforce's largest acquisition ever. There is no guarantee the companies will reach an agreement.

Salesforce is the world's biggest seller of software that companies use to manage their customer relationships. Started 21 years ago and run by co-founder Marc Benioff, it was a pioneer in providing software via the cloud through a subscription rather than a costly upfront installation. Mr. Benioff, chairman and chief executive, is one of Silicon Valley's highest profile executives, a status he burnished with the purchase of Time magazine.

Salesforce has a market value of some $230 billion after years of big gains and its rich stock price -- which trades at nearly 100 times its trailing-year profits -- gives the company a valuable currency to use for takeovers.

Mr. Benioff has gradually moved to expand the services Salesforce offers to customers to become more of an all-purpose software provider, helping companies with everything from analyzing their data using artificial-intelligence tools to managing staff. That has put Salesforce in more direct competition with other business-software vendors including Microsoft Corp.

Microsoft and Salesforce's rivalry has increased in recent years and could intensify if Salesforce succeeds in buying Slack. Microsoft, the Redmond, Wash., software goliath, roughly four years ago acquired social-media company LinkedIn, beating out a bid by Salesforce. Microsoft more recently has been heavily pushing its Teams suite that offers Slack-like features.

Salesforce has made a string of acquisitions to boost its reach, including the $15 billion-plus takeover of data-analytics platform Tableau Software in 2019 and a smaller deal this year for cloud-software provider Vlocity Inc. It has also eyed social media, not just LinkedIn but also holding talks to buy Twitter Inc. in 2016 that were dropped after shareholders balked at the idea.

San Francisco-based Slack makes instant-messaging software that it pitches as a solution to what it says is cluttered and intrusive office email. It launched in 2009 as a gaming company called Tiny Speck, but pivoted to the messaging app it had developed for internal use.

Once a niche product popular with technology developers, Slack has become more mainstream and this year received a boost as the coronavirus pandemic sent millions of white-collar workers to home offices. New installations hit 1.8 million in March, a monthly record, and are up 50% so far this year from the same period in 2019, according to Sensor Tower, which tracks app downloads.

But unlike other remote-work companies whose shares have soared in recent months, such as Zoom Video Communications Inc., Slack's shares have risen only modestly -- and that could open the door to an acquisition at an acceptable premium. In June, Slack withdrew its guidance for 2020 billings, citing ongoing uncertainty over the course of the virus.

Co-founder and Chief Executive Stewart Butterfield has been trying to turn Slack into more than a communications tool for business. Slack has partnered with other software vendors to transform itself into a platform through which companies can access a variety of services they need to run their operations, offering interfaces for other business-tool providers such as Workday Inc., cloud-storage vendor Dropbox Inc. and Salesforce.

Slack was one of the first high-profile companies to go public through an unusual method called a direct listing, in which the company simply floats its existing shares onto an exchange and lets the market determine the price without investment banks serving as gatekeepers.

Slack shares are little changed since their June 2019 debut on the New York Stock Exchange. The company's stock closed Tuesday at $29.58, compared with the reference price in the direct listing of $26.

The shares were up about 30% Wednesday afternoon after The Wall Street Journal reported on a possible deal with Salesforce, whose stock dropped nearly 5%.

Mr. Butterfield and a handful of venture-capital firms control a majority of the company's voting stock through supervoting shares, as is the case with many recent Silicon Valley startups. Japanese technology giant SoftBank Group Corp. controls 11% of the votes.

--Maureen Farrell contributed to this article. 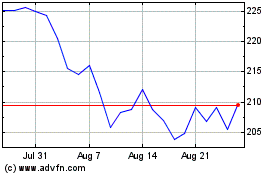 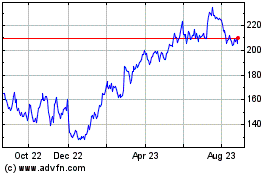 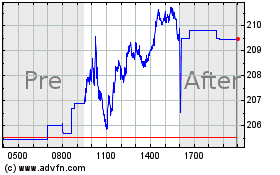