S&P Global Inc. is nearing a deal to acquire IHS Markit Ltd. for about $44 billion, according to people familiar with the matter, a landmark deal that would combine two of the largest providers of data to Wall Street.

The all-stock deal, which at that price would be the largest of the year, could be announced as soon as Monday, the people said. There is always a chance the talks could fall apart at the last minute.

IHS Markit, based in London, has a market value of about $37 billion; S&P's is about $82 billion.

The deal would combine one of the oldest names in financial markets with a relative newcomer. S&P traces its roots to an 1860 compendium of information for railroad investors and is best known for its bond ratings and its iconic stock-market indexes, which serve as shorthand for the health of global markets.

IHS Markit, formed in 2016 by the merger of two smaller players, tracks millions of data points in financial markets. It owns software that big Wall Street banks use to underwrite corporate stock and bond offerings, and tracks transportation and energy data, the latter of which could pair with S&P's commodities business, Platts.

Financial data has exploded over the past two decades as markets sped up and computer-driven investment strategies replaced human stock pickers. The success of Bloomberg LP, which launched in the 1980s offering electronic bond-price quotes, spawned a wave of competitors seeking market intelligence that could be packaged and sold to information-hungry investors.

Those players have themselves merged in recent years into a handful of giants, as data providers such as S&P Global and FactSet battle it out with big exchanges eager to monetize their pricing data to offset falling trade commissions.

Blackstone Group Inc. in 2018 bought a majority stake in Thomson Reuters Corp.'s financial-data arm and a year later agreed to sell the company, by then rebranded as Refinitiv, to the owner of the London Stock Exchange.

In 2016, IHS, which provided analytics for businesses and governments, bought London-based Markit Inc. and moved its domicile to the U.K. It was part of a wave of such deals, known as inversions, in which American companies moved overseas to lower their tax rates.

Markit was founded in 2003 in a barn outside London by former TD Securities executive Lance Uggla and was backed in its early days by a group of large banks eager for transparent pricing data in the opaque world of credit derivatives.

It went public in 2014, raising $1.3 billion in a larger-than-expected IPO that allowed 12 Wall Street banks including Goldman Sachs Group Inc. and Bank of America Corp. to sell portions of their stakes.

Mr. Uggla took over the combined company around the end of 2017 from his counterpart at IHS.

At the time of the merger between IHS and Markit, the two companies had a combined market value of about $13 billion. Today, IHS Markit is nearly three times as valuable, a sign of how hot the market for financial data is.

IHS in late September reported that its third-quarter profit rose while its revenue fell as its customers--which include companies in financial services, transportation and oil and gas--recovered from the shock of the coronavirus pandemic at varying speeds. A unit that supplies data to energy companies and one that sells technical information to product designers, among other things, were worst hit.

S&P is now bulking up after years of slimming down. The company in 2011 was spun out of the McGraw Hill publishing conglomerate and in 2016 sold J.D. Power, the marketing firm known for its customer-satisfaction rankings, before rebranding from McGraw Hill Financial.

S&P's revenue rose 9% in the third quarter, rising in all of its divisions and especially in the ratings business, its largest. The business has benefited as bond issuance soars with interest rates at historic lows. Profit fell compared with a year ago.

At $44 billion, S&P's deal for IHS would be the largest of the year globally, according to Dealogic data, topping both chip maker Nvidia Corp.'s nearly $40 billion deal to buy chip designer Arm Holdings. and a roughly $40 billion deal between Nippon Telegraph & Telephone Corp. and a subsidiary.

Global M&A volume so far this year is running 12% lower compared with the same period a year earlier, with the U.S. down 28%, after the pandemic forced companies to tend to their own businesses. Deals dried up in the second quarter but have come roaring back since late summer, particularly among technology and health-care companies. As in prior years, technology is by far the most active sector for M&A, with $669 billion worth of deals so far.

With the stock market rallying, many acquirers are using their richly valued shares as currency, prompting a steady stream of all-stock deals in recent weeks.

The Wall Street Journal reported last week that Salesforce.com Inc. is in talks to buy Slack Technologies Inc., for more than the $17 billion market value of the maker of a popular office-chat app.

Write to Cara Lombardo at cara.lombardo@wsj.com and Liz Hoffman at liz.hoffman@wsj.com 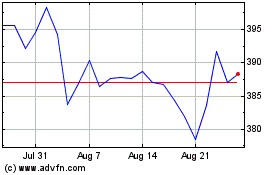 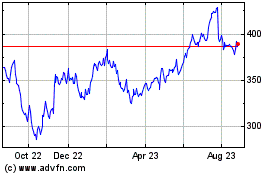 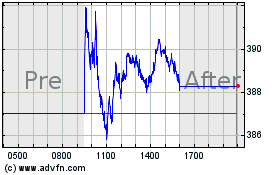