HONG KONG -- China said it will sanction three American defense contractors over proposed arms sales to Taiwan, retaliating against U.S. efforts to deepen security ties with the island democracy that Beijing claims as its territory.

While portraying the sanctions as necessary measures to safeguard China's national interests, Mr. Zhao didn't elaborate on the specifics or timing. He had similarly withheld details in July, when he announced sanctions on Lockheed Martin in response to Washington's approval of a $620 million upgrade package for Taiwan's Patriot surface-to-air missiles.

China's Communist Party has long sought to assimilate Taiwan with the Chinese mainland, saying it will use force if necessary. Beijing has ramped up patrols and drills around Taiwan this year, in what Taiwanese authorities describe as intimidation tactics. Taiwanese President Tsai Ing-wen has pledged to strengthen the island's armed forces, including by acquiring asymmetric combat capabilities to counter Beijing's raw advantages.

Lockheed Martin, the world's largest defense company by sales, said its presence in China is limited, adding, "Foreign military sales are government-to-government transactions and we work closely with the U.S. government on any military sales to international customers."

Boeing said it remained committed to its partnership with China, one of the biggest markets for its jetliners. China has to sign off on changes to the grounded 737 MAX and hosts many Boeing suppliers, as well as facilities working on passenger and cargo jets. Raytheon and the U.S. State Department didn't immediately respond to requests for comment.

Taiwan's Foreign Ministry expressed regret over Beijing's decision to impose sanctions. "In the face of China's military threats and intimidation, our government has a responsibility to safeguard the security of the Taiwanese people," the ministry said, adding that Taipei will continue to seek arms sales from Washington.

The sanctions are expected to have limited impact, as U.S. defense companies are broadly barred from making military sales to China. Lockheed Martin has sold civilian helicopters to Chinese buyers through its Sikorsky Aircraft Corp. unit. China is a key market for Boeing commercial aircraft, but the planned sanctions target only the company's defense arm.

China and the U.S. have been exchanging blows as ties deteriorate over issues spanning trade, technological competition, global influence and Washington's cozying up with Taiwan.

Chinese officials have described Taiwan as the most sensitive issue in U.S.-China relations, and have repeatedly warned Washington not to use Taipei as leverage against Beijing. The Communist Party has sought control of Taiwan since Mao Zedong's forces seized power in mainland China in 1949 and drove Chiang Kai-shek to relocate his Nationalist government to the island.

Though Washington maintains formal diplomatic ties with Beijing rather than Taipei, the U.S. is Taiwan's main arms supplier. The 1979 Taiwan Relations Act commits the U.S. to provide defensive weaponry and treat threats to Taiwan as matters of "grave concern."

Separately on Monday evening, China's Foreign Ministry announced that it was requiring six American news media, including the Los Angeles Times and Newsweek, to submit information about their staff, finances, operations and real estate holdings in China.

The ministry said the move came in response to a Trump administration decision last week to designate six Chinese state-run media organizations with offices in the U.S. as foreign missions, which requires similar information disclosures. Both countries have expelled some of the other's reporters as part of a tit-for-tat media war dating back to the beginning of the year. 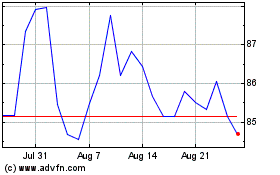 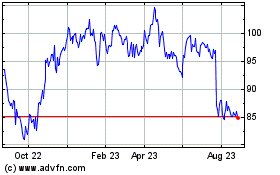 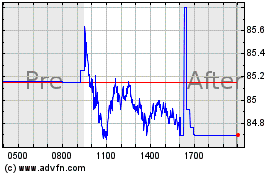