MORRISVILLE, N.C., May 14, 2019 /CNW/ -- Pyxus International, Inc. (NYSE: PYX), a global value-added agricultural company, is pleased to announce its wholly-owned indirect subsidiary, FIGR, Inc., has launched an early works program at its Simcoe, Ontario, facility. The program is focused on pre-groundbreaking tasks, such as excavation and tree clearing, on the 20-acre parcel of land (adjacent to the current Simcoe facility) slated for the company's 800,000 square foot expansion project.

"We are pleased with the implementation of FIGR's early works program, as it marks another milestone in its continual execution against the goal of expanding local capacity while working toward its overall construction timeline with an expected completion date of 2021," said Pyxus President, CEO and Chairman Pieter Sikkel. "The expected increase in capacity is a key component of our growth strategy to build a seed-to-consumer global consumer packaged goods company."

FIGR expects to break ground on the Simcoe facility expansion within the next 60 days (subject to government approval) and recently announced the onboarding of strategic project leadership organization Colliers Project Leaders, tasked with leading the facility's expansion efforts.

"Additionally, FIGR's Prince Edward Island operation remains on track in regards to its own expansion project," added Sikkel. "Phase one of the project is expected to be final this spring with the completion of phase two expected by year's end."

Upon completion of both phases, the Prince Edward Island operation's footprint is expected to grow upwards of 325,000 square feet with its production capacity estimated to be 40,000 kilograms annually.

FIGR's Simcoe expansion, together with the company's buildout of its Charlottetown, PEI facility, is expected to increase FIGR's total production capacity potential to more than 140,000 kilograms per year. Additionally, FIGR's total footprint will grow to more than 1.1 million square feet upon completion of both facilities' buildouts.

Pyxus International Inc. (NYSE: PYX) is a global agricultural company with 145 years' experience delivering value-added products and services to businesses and customers. Driven by a united purpose—to transform people's lives, so that together we can grow a better world—Pyxus International, its subsidiaries and affiliates, are trusted providers of responsibly sourced, independently verified, sustainable and traceable products and ingredients. For more information, visit www.pyxusintl.com.

FIGR is a vertically integrated legal cannabis company headquartered in Toronto, Ontario, that operates under one sole purpose: to put character into everything it does. FIGR cannabis is sourced from the company's two licensed subsidiaries located in Charlottetown, Prince Edward Island, and Simcoe, Ontario. FIGR is a wholly-owned indirect subsidiary of Pyxus International, Inc. (NYSE: PYX). For more information, visit www.figr.com.

This press release contains "forward-looking statements" as defined in the Private Securities Litigation Reform Act of 1995. These statements are based on current expectations of future events. Such statements include, but are not limited to, statements about future financial and operating results, plans, objectives, expectations and intentions and other statements that are not historical facts. Such statements are based on the current beliefs and expectations of management and are subject to significant risks and uncertainties. If underlying assumptions prove inaccurate or known or unknown risks or uncertainties materialize, actual results may differ materially from those currently anticipated expected or projected. The following factors, among others, could cause actual results to differ from those expressed or implied by the forward-looking statements: changes in laws and regulations or the interpretation of laws and regulations, continued compliance with applicable regulatory requirements and, uncertainties with respect to the timing and extent of retail and product-line expansions, including securing necessary financing to fully fund the facilities expansions. Additional factors that could cause results to differ materially from those expressed or implied by forward-looking statements can be found in the most recent Annual Report on Form 10-K of Pyxus International, Inc. for the period ended March 31, 2018 and the other filings with the Securities and Exchange Commission (the "SEC") which are available at the SEC's Internet site (http://www.sec.gov). 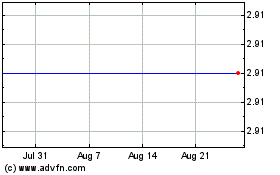 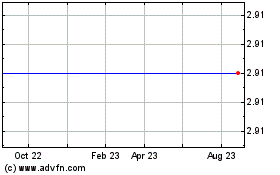 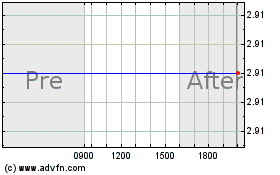