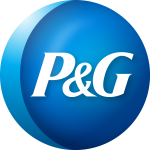 Procter & Gamble once again comes together with Tribeca Studios and its partners to give a platform to Black creators at Tribeca Festival as part of its Juneteenth program. This year, the festival will debut eight original films from Black creatives and filmmakers. These films are the latest demonstration of P&G’s commitment to Widen the Screen, intended to improve the portrayal of Black life on screen and expand inclusion efforts for Black creators behind the camera in order to challenge expectations and remove limiting stereotypes.

Premiering at Tribeca Festival on Friday June 18th, 8:46 Films is a collaboration with SATURDAY MORNING, a collective of Black creative executives, Tribeca Studios and Procter & Gamble. The four films are influenced by the length of time it took for George Floyd’s life to change the world. Filmmakers Zoey Martinson, Camrus Johnson, Gibrey Allen and Marshall Tyler were inspired to take 8 minutes and 46 seconds to tell stories of joy, love, and resilience, fuel the creativity that has always upheld the Black community in the darkest times, and build a legacy of hope.

The return of Queen Collective

Queen Collective, P&G’s signature multicultural talent development initiative in partnership with Queen Latifah, Flavor Unit Entertainment, and Tribeca Studios, continues to accelerate gender and racial equality behind the camera, by opening doors to the next generation of up-and-coming Black women directors, as it returns to the Tribeca Festival for a third year.

The mentoring and talent development program is designed to give women filmmakers of color a platform to share important stories from their unique perspective with the aim of expanding the creative pipeline for Black female creators. Created by four diverse young female directors including Arielle Knight, Tina Charles, Cai Thomas, Haimy Assefa, and premiering at Tribeca on Thursday June 17th, these unique documentaries shine a light on important issues directly impacting the black community such as health care, bias and discrimination.

“Less than 6 percent of writers, directors and producers of US films are Black and less than 10 percent of commercials and movies are created by women leading to a lack of diversity and accurate representation of Black people and women of color. Through programs like the Queen Collective and 8:46 we are using our convening power to address the need to increase diversity in the creative pipeline,” said Marc Pritchard, P&G Chief Brand Officer. “For years we have used our voice as a leading advertiser to highlight bias and shine a light on systemic issues of inequality. We will continue using our voice as a force for good and force for growth to provide empathy and action to drive lasting change."

“BET is committed to moving the racial and gender equity mission forward by shifting perceptions through content, so we couldn’t be more proud to be the home of the Queen Collective films, and to be forging new connections with female filmmakers of color,” said Tavia Pitts, Head of BET HER, Vice President of Ad Sales. “The future of the media industry is predicated on our ability to minimize the barriers for entry for diverse creatives, and that has never been more important than now.”

“Queen Collective is a crucial program supporting diverse voices in film and empowering women filmmakers of color to tell stories that evoke change and unite and heal communities, whilst 8:46 Films are an opportunity to celebrate positive, uplifting affirmative stories that show the richness and beauty of Black life,” said Paula Weinstein, Tribeca Studio’s Chief Content Officer. “We are so proud to share the work of these amazing filmmakers as part of Tribeca’s Juneteenth Programming. These powerful stories stand shoulder to shoulder in a fight against discrimination, injustices, and bias--they needed to be told, they needed to be told now and they needed to be told by Black creators. I hope that we all learn, share and grow from them.”

For a look behind the scenes at Tribeca Festival and to join the social media conversation about Widen the Screen, Queen Collective and 8:46 follow @ProcterGamble, @QueenLatifah, @Tribeca, @BET and the hashtags #WidenTheScreen, #QueenCollective, #8:46Films on Twitter, Instagram.

The Tribeca Festival, presented by AT&T, brings artists and diverse audiences together to celebrate storytelling in all its forms, including film, TV, VR, gaming, music, and online work. With strong roots in independent film, Tribeca is a platform for creative expression and immersive entertainment. Tribeca champions emerging and established voices; discovers award-winning filmmakers and creators; curates innovative experiences; and introduces new technology and ideas through premieres, exhibitions, talks, and live performances.

The Festival was founded by Robert De Niro, Jane Rosenthal, and Craig Hatkoff in 2001 to spur the economic and cultural revitalization of lower Manhattan following the attacks on the World Trade Center. Tribeca will celebrate its 20th year June 9 – 20, 2021. www.tribecafilm.com/festival

In 2019, James Murdoch’s Lupa Systems, a private investment company with locations in New York and Mumbai, bought a majority stake in Tribeca Enterprises, bringing together Rosenthal, De Niro, and Murdoch to grow the enterprise. 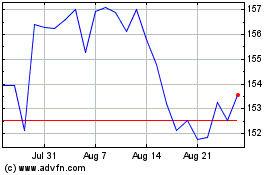 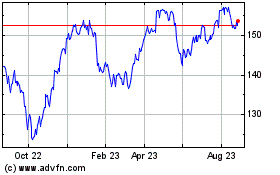 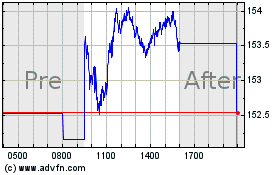