State-run Korea Electric Power Corp. (015760.SE) said Monday that it has reached an agreement to buy the Bylong coal mine from Anglo American PLC (AAL.LN) for A$403 million ($340 million) as part of the Australian company's efforts to sell off a total of five coal assets.

Kepco will wholly own the Bylong mine, which has total indicated and inferred resources of 420 million metric tons of low-ash thermal coal, used for power generation, extractable via open-cut and underground mines, the Korean utility firm said in a statement.

The company said it plans to start producing at Bylong in 2016, and eventually achieve coal output of 7.5 million tons a year.

A Kepco official said that the company was among 70 bidders, including Posco and Cockatoo, for the five assets Anglo American is putting up for sale.

Kepco said a final contract is likely after Anglo American receives approval for the sale from both its board and the Australian government's foreign investment review committee, expected in the fourth quarter of this year.

"Our coal self-sufficiency ratio will rise to 24% from 12% as a result of the deal, which also puts us into supplier status," Kepco said.

State-owned Korean energy companies, including Kepco, invested a combined $4.5 billion last year in overseas resources companies and energy development projects, bringing total spending over the past 10 years to $9.48 billion, as part of their efforts to secure stable supply of energy sources.

Posco said in a statement that it has agreed to pay A$50 million for a 70% stake in Sutton Forest, while Cockatoo will buy the remainder. It didn't specify the total value of the deal. Kepco said in its statement that the deal is worth A$72 million overall.

Sutton Forest is a smaller asset, with an inferred 115 million tons of coal resources, but is attractive because it could produce both metallurgical coal, used in steelmaking, and thermal coal.

Both are relatively close to railways leading to export terminals on the coast--Sutton Forest is near Port Kembla and Bylong is within reach of the port of Newcastle.

Separately, Cockatoo has won a bid to buy a 51% stake in Ownaview and two other mines from Anglo for a combined A$105 million, Kepco said. The remaining 49% of the three mines is owned by Mitsui & Co. (8031.TO).

Kepco said it will allow Cockatoo to run Bylong and also give the Australian company an option to buy 30% of the mine at an advantageous price in three years.

In return, Kepco said it will take over the 51% stake in Ownaview from Cockatoo.

Anglo American is selling the assets because they don't form part of its growth plans in the short-to-medium term. The company's existing Australian coal mining operations aren't affected by its decision to sell exploration projects.

Kepco is invested in Cockatoo Coal with a 3.3% stake, and its other Australian investments include a minority interest in the Moorlaben thermal coal mine operated by China's Yanzhou Coal Mining Co. (1171.HK). 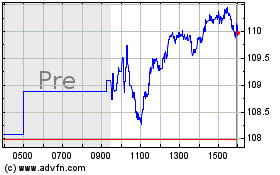