On August 10, 2022, Avient Corporation (the “Company”), an Ohio corporation, entered into an indenture (the “Indenture”) with U.S. Bank Trust Company, National Association, as trustee (the “Trustee”), relating to the issuance by the Company of $725 million aggregate principal amount of 7.125% Senior Notes due 2030 (the “Notes”). The Notes were sold on August 10, 2022 in a private transaction exempt from the registration requirements of the Securities Act of 1933 (the “Securities Act”), have not been and will not be registered under the Securities Act, and may not be offered or sold in the United States absent registration or an applicable exemption from the registration requirements of the Securities Act.

The Notes bear interest at a rate of 7.125% per annum. Interest on the Notes will be payable semi-annually in arrears on February 1 and August 1 of each year, commencing on February 1, 2023. The Notes will mature on August 1, 2030. The Notes are senior unsecured obligations of the Company.

The terms of the Notes are governed by the Indenture. The Indenture contains customary covenants that, among other things, limit the Company’s ability to incur additional indebtedness and issue preferred stock, pay dividends on or purchase the Company’s equity interests, make certain investments, incur liens on assets, enter into sale and leaseback transactions, merge or consolidate with another company, transfer or sell all or substantially all of the Company’s assets, and enter into transactions with affiliates. Upon the occurrence of a “change of control,” as defined in the Indenture, the Company is required to offer to repurchase the Notes in cash from the holders at a price equal to 101% of their principal amount, together with accrued and unpaid interest, if any, to, but not including, the date of repurchase.

The Company may redeem any of the Notes beginning on August 1, 2025 at the redemption prices set forth in the Indenture, plus accrued and unpaid interest, if any, on the Notes redeemed, to, but not including, the applicable redemption date. The Company may also redeem all or a part of the Notes prior to August 1, 2025 at a redemption price equal to the sum of 100% of the principal amount thereof, plus a “make-whole” premium, plus accrued and unpaid interest, if any, to, but not including, the redemption date.

In addition, at any time or from time to time prior to August 1, 2025, the Company may redeem, at its option and subject to certain conditions, up to 40% of the aggregate principal amount of the Notes with the net cash proceeds of certain equity offerings at a redemption price equal to 107.125% of the principal amount of the Notes to be redeemed, plus accrued and unpaid interest, if any, to, but not including, the date of redemption.

The Indenture contains customary events of default, including failure to make required payments, failure to comply with certain agreements or covenants, failure to pay or acceleration of certain other indebtedness, certain events of bankruptcy and insolvency, and failure to pay certain judgments. An event of default under the Indenture will allow either the Trustee or the holders of at least 25% in aggregate principal amount of the then-outstanding Notes to accelerate, or in certain cases, will automatically cause the acceleration of, the amounts due under the Notes.

The foregoing description of the Indenture does not purport to be complete, and is qualified in its entirety by reference to the full text of the Indenture, a copy of which is filed as Exhibit 4.1 to this Current Report on Form 8-K and is incorporated herein by reference. 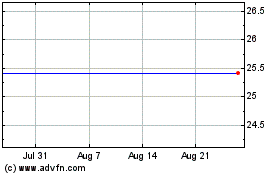 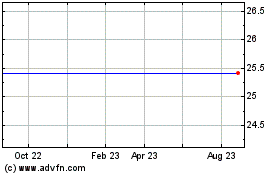 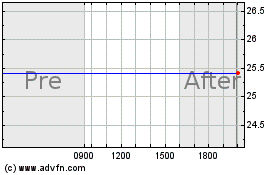