PNC said it received regulatory approval from the Board of Governors of the Federal Reserve System and the Office of the Comptroller of the Currency, adding "no further regulatory approvals are required to complete the acquisition and merger of PNC Bank and BBVA USA."

The company also said, "The regulatory approval process also included approvals from the banking departments of the states of Alabama and Texas."

The deal is expected to close June 1. Once the deal is complete, PNC said it will be the fifth-largest U.S. commercial bank. 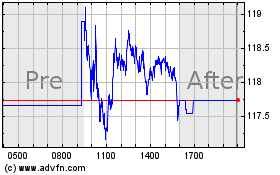