The Pittsburgh-based regional bank recorded fourth-quarter net income attributable to the company of $1.44 billion, or $3.26 a share. In the year-ago quarter, net income was $1.37 billion, or $2.97 a share.

Analysts surveyed by FactSet were expecting earnings of $2.61 a share.

Average deposits in the fourth quarter increased sequentially by $8.9 billion, or 3%, to $359.4 billion, with growth in both consumer and commercial deposits. 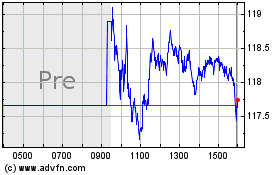