(Translation of Registrant's name into English)

—
The Board of Directors of Petróleo Brasileiro S.A. – Petrobras (“Petrobras”), considering that:

(i)           as disclosed by Petrobras on May 23, 2022, and June 9, 2022, the Company received official letters from the Ministry of Mines and Energy requesting Petrobras to call an Extraordinary Shareholders’ Meeting for the replacement of a member of its Board of Directors;

(ii)         on June 20, 2022, the Company released two (2) Notices to the Market, whereby Petrobras firstly informed the resignation of Mr. José Mauro Coelho from the positions of Board Member and President of Petrobras, and secondly announced that, because of such vacancy in the President’s Office, the Chair of the Board of Directors had appointed Mr. Fernando Assumpção Borges, Chief Executive Exploration and Production Officer, as Acting President of the Company, based on paragraph 4 of article 27 of Petrobras’ Bylaws, until the election and investiture of the new President, according to article 20 of the Bylaws;

(iii)        on June 21, 2022, the Company received another official letter from the Ministry of Mines and Energy by means of which the controlling shareholder appointed eight (8) candidates for the Board of Directors, to be submitted to the Extraordinary Shareholders’ Meeting, according to Petrobras Notice disclosed to the Market on the same date;

(iv)        on June 27, 2022, Petrobras’ Board of Directors, by a majority vote, elected Mr. Caio Mário Paes de Andrade as member of the Company’s Board of Directors until the next Shareholders’ Meeting, as per the terms of article 150 of Brazilian Corporation Law, and also as President of the Company, with a term of office until April 13, 2023, according to the Notice disclosed to the Market on June 27, 2022 ;

(v)         Petrobras’ Board of Directors is currently composed of eleven (11) members, being one (1) member appointed by the Board of Directors, according to article 150 of Brazilian Corporation Law, who has substituted for one (1) member elected according to a cumulative voting procedure at Petrobras Annual Shareholders’ Meeting of April 13, 2022; and ten (10) members elected at the Annual Shareholders' Meeting of April 13, 2022;

(vii)      the list of candidates for Petrobras’ Board of Directors included in the official letter from the Ministry of Mines and Energy received on June 21, 2022, comprises the election of the eight (8) Board members, who will compete for the eight (8) positions of the eight (8) members elected in the cumulative voting procedure at the Annual Shareholders’ Meeting held on April 13, 2022, and there shall not be, in this Extraordinary Shareholders’ Meeting, separate voting procedures for the members of the Board who have not been elected by cumulative voting ;

hereby, and in response to the request of the Company’s controlling shareholder, invites the Company’s shareholders to attend an Extraordinary Shareholders’ Meeting, to be held exclusively online through a Digital Platform, on August 19, 2022, at 1:00 p.m., to resolve on the following matters:

I. Election of eight (8) members of Petrobras’ Board of Directors; and

II. Election of the Chair of Petrobras’ Board of Directors.

The Meeting will be held exclusively online, therefore the shareholders will only be able to participate as follows:

(b)       by using the Digital Platform, which may be accessed in person or by a duly appointed attorney-in-fact, as per Article 28, paragraphs 3 and 3 of CVM Resolution 81/22 (Resolution 81), in which case the shareholder may: (i) simply participate in the Meeting, having already sent the Bulletin for Distance Voting or not; or (ii) participate and vote in the Meeting, in which case the voting instructions previously sent by the shareholder in the Distance Voting Ballot will be disregarded, and the vote given through the Digital Platform will prevail.

The Company’s shareholders must evidence their status as shareholders in accordance with article 126 of Law 6,404, of December 15, 1976 (“Brazilian Corporation Law”) and article 13 of Petrobras’ Bylaws, as applicable.

(b) proof of ownership of shares issued by Petrobras, issued by the depository or custodian financial institution; and

(c) email to receive the individual invitation to access the Digital Platform and consequent participation in the Meetings.

(b) documents that prove the representation, including the appointment by a power of attorney and a copy of the professional qualification documents and the minutes of board members’ election; and, in case of investment fund, copies of (i) the articles of incorporation in effect, (ii) the professional qualification documents of the board member or administrator, as applicable; and (iii) the minutes of the board members’ election. If such documents are in a foreign language, they must be translated into Portuguese by a sworn translator, but they are not required to be notarized nor legalized at the Brazilian Consulate. Documents in English or Spanish do not require translation;

(c) proof of ownership of shares issued by Petrobras, issued by the depository or custodian financial institution; and

(d) email to receive the individual invitation to access the Digital Platform and consequent participation in the Meetings.

The minimum percentage of the Company’s capital necessary for the cumulative voting procedure to be requested for the election of the members of the Board of Directors at this Extraordinary Shareholders' Meeting is five percent (5%) of the voting capital, according to CVM Resolution 70. The possibility to request the adoption of a cumulative voting procedure shall be exercised by shareholders up to forty-eight (48) hours before the meeting, i.e. until 1:00 p.m. of August, 17, 2022, according to paragraph 1 of article 141 of Brazilian Corporation Law.

The exercise of the voting rights in the case of loaned shares will be under the responsibility of the borrower unless otherwise provided for in the agreement of the parties.

Despite the possibility of participating via Digital Platform, Petrobras recommends that shareholders adopt the Distance Voting Ballot.

The Company hereby informs that the instructions provided in the Manual for Participation of Shareholders, as well as in the Distance Voting Ballot, are intended to assist shareholders in completing the Ballot. The shareholder who chooses to use the Ballot is solely and entirely responsible for its correct completion, regardless of how he/she has accessed it: either directly (on the Company's or CVM's website) or indirectly (by transmitting the completion to custody agents, voting recommendation

consultants hired by the shareholder, or to the Company's shares bookkeeping).

All documents regarding the matters to be resolved on at this Extraordinary Shareholders’ Meeting are available to the shareholders at the Company’s (http://www.petrobras.com.br/ri) and the Brazilian Securities and Exchange

Commission – CVM’s (http://www.cvm.gov.br) websites, as per the terms of CVM Resolution 81.

Chair of the Board of Directors 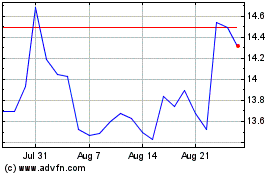 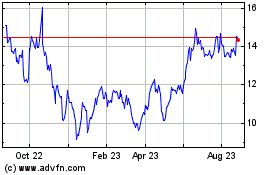 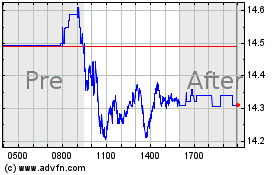