Since the Waddell Ranch is in current deficit for the foreseeable future, any increase or decrease of the distribution by revenues received, will only be reflective of the activity of the Texas Royalty Properties.  The activity of the Waddell Ranch will be discussed with the following narrative until it contributes back to the distribution.  This reflects the production month of July.

WADDELL RANCH
In reporting July production of the Underlying Properties for this month's press release, production for oil volumes was 102,735 bbls (gross) and was priced at about $71.32 per bbl.  Production for gas volumes (including gas liquids) was 249,359 mcf (gross) and was priced at about $3.45 per mcf, which now includes the value received from plant products and natural gas liquids.  Net revenue for the underlying properties of the Waddell ranch was $8,595,054 (gross) for July.  Lease Operating Expenses were $2,248,498 (gross) and Capital Expenditures were $10,009,161 (gross) for July. This would put the Trust's proceeds as a deficit of $ 2,746,953 (net) for the month of July, leaving an excess cost deficit cumulative of $18.2 million (net).

TEXAS ROYALTY PROPERTIES
Production for the underlying properties at the Texas Royalties was 17,690 of oil and 11,870 Mcf of gas.  The production for the Trust's allocated portion of the Texas Royalties was 15,772 barrels of oil and 10,570 of gas.  The average price for oil was $71.11 per bbl and for gas was $8.09 per Mcf.  This would primarily reflect production and pricing for the month of July for oil and the month of June for gas. These allocated volumes were impacted by the pricing of both oil and gas. This production and pricing for the underlying properties resulted in revenues for the Texas Royalties of $1,353,995.  Deducted from these were taxes of $134,426 resulting in a Net Profit of $1,219,569 for the month of July.  With the Trust's Net Profit Interest (NPI) of 95% of the Underlying Properties, this would result in net contribution by the Texas Royalties of $1,158,591 to this month's distribution.

*These volumes are the net to the trust, after allocation of expenses to Trust's net profit interest, including any prior period adjustments. 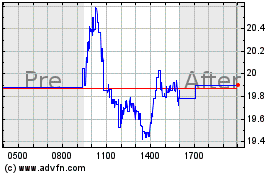