Investors around the world retreated from stocks Tuesday, with a selloff in technology companies spreading to other sectors as concerns about inflation spurred a return of volatility in the markets.

The Dow Jones Industrial Average tumbled 472 points, or 1.4%, in recent trading, as investors pulled back bets on financials, industrials and energy stocks. That gave the blue-chip index its steepest one-day decline since late February when worries about a sharp rise in bond yields blunted momentum in the stock market.

Concerns about rising inflation have loomed over markets for much of this year as the U.S. economy has heated up, boosted, in part, by pent-up demand and government stimulus. Fears about a sustained jump in inflation have weighed on growth stocks, including those in the tech sector, for much of the year, while cyclical shares have climbed higher on expectations of a full economic reopening.

On Tuesday, however, that trade reversed, as stocks ranging from Home Depot to Chevron to American Express pulled back 2.6% or more, dragging the Dow down. Only two companies in the index of blue-chip stocks traded higher in the afternoon.

Many technology stocks, in contrast, traded higher in the afternoon after falling sharply shortly after the morning bell. The Nasdaq Composite recently traded down 0.1%, cutting its losses after falling as much as 2.2% earlier in the day. The S&P 500 dropped 0.9% in afternoon trading, also paring earlier losses.

"It's a bit of a topsy-turvy market," said Chris Zaccarelli, chief investment officer of Independent Advisor Alliance. "We have a lot of news flow as far as gasoline shortages, the hack of [Colonial Pipeline] and clearly everyone has been talking about the jobs report. Does that mean anything or is it reflective of weakness in the economy?"

"It's hard to tell with these crosscurrents moving as violently as they are," he added.

Tuesday's wild swings in the stock market sent the Cboe Volatility Index, or VIX, known as Wall Street's fear gauge, climbing. It traded as high as 23.73 intraday, its highest level since March 10. The VIX has hovered below 20 for the past several weeks as the U.S. stock market has climbed to repeated records.

The S&P 500 and Dow industrials set records as recently as Friday after a lackluster jobs report for April sent stocks climbing on hopes that it would prompt the Federal Reserve to further delay a tightening of monetary policy.

Federal Reserve Gov. Lael Brainard said Tuesday that the central bank remains far from achieving its inflation and employment goals, noting that risks remain even while the U.S. outlook is bright. Other Fed officials have said in recent days that the economy still needs the support of the central bank's near-zero interest-rate stance and its $120 billion in monthly bond purchases.

Still, those comments haven't been enough to assuage investors' fear of inflation and eventual tightening of monetary policy. Many are betting that inflation is likely to climb steeply in coming months, driven by pent-up spending as well as supply bottlenecks and a leap in commodity prices.

Investors are keeping a close eye on the sharp rise in the prices of commodities such as corn and lumber, and many remain concerned about supply-chain issues. Companies ranging from auto makers to semiconductor giants have warned about supply chain setbacks in recent months.

"Issues with the supply chain have been underappreciated," said Christopher Harvey, head of equity strategy at Wells Fargo Securities. "It looks like your economically sensitive names are getting hit related to these issues."

Google parent Alphabet and Apple were among the megacap tech stocks that retreated, both falling 0.8%. Tesla lost 1.4%, while semiconductor giant Intel lost 1.4%.

In corporate news, Novavax shares plummeted 14% after the company said it delayed plans to seek regulatory clearance for its Covid-19 vaccine.

Write to Caitlin McCabe at caitlin.mccabe@wsj.com, Will Horner at William.Horner@wsj.com and Xie Yu at Yu.Xie@wsj.com 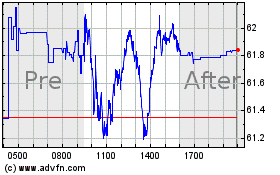