NRG Energy, Inc. announced its participation in the Climate Group's EV100 initiative, committing to electrify 100 percent of its light-duty fleet by 2030. This commitment expands the number of vehicles to be electrified beyond the goal first announced in June in the company’s 11th annual Sustainability Report1. NRG estimates that annual greenhouse gas emissions from the use of its light-duty vehicles are approximately 25,000 metric tons of CO₂ equivalent.

NRG views vehicle electrification as one of the key trends informing its retail-focused strategy. As the company develops and implements its own vehicle electrification roadmap, it will apply lessons learned to its customer-facing offerings to support customers' transition from fossil fuel-powered transport to electric vehicles.

"The transportation sector is the leading cause of greenhouse gas emissions in the U.S.2, and as such, the electrification of transportation is absolutely essential to decarbonizing the entire economy," said Jeanne-Mey Sun, NRG VP of Sustainability. "We are proud to electrify our fleet and join EV100’s notable network of companies who are committed to making an impact on climate change."

"We are thrilled to welcome NRG Energy, Inc. into our EV100 initiative during such a momentous moment. NRG joins six other companies announcing their EV100 membership during COP26 and committing to making electric transport the new normal by 2030. We applaud such leadership! By joining the EV100 initiative, NRG has committed to electrifying over 1,100 vehicles by 2030, representing a sizable commitment to making EVs more accessible. It's especially timely that NRG is joining today on COP26 Transport Day. As we move further along into this Climate Decade, we know that decarbonizing road transportation is a key pillar in addressing climate change and delivering cleaner air," said Sandra Roling, Climate Group Head of Transport.

EV100 focuses on catalyzing the shift to electric road transport as a crucial building block within a broader 21st-century, low-carbon transport system. While the initiative is primarily framed around electro mobility, the group encourages companies to consider integrated mobility solutions with other low-carbon transport modes such as walking, cycling, and public transport.

NRG will report progress on its fleet electrification commitment to EV100 on an annual basis.

At NRG, we’re bringing the power of energy to people and organizations by putting customers at the center of everything we do. We generate electricity and provide energy solutions and natural gas to millions of customers through our diverse portfolio of retail brands. A Fortune 500 company, operating in the United States and Canada, NRG delivers innovative solutions while advocating for competitive energy markets and customer choice, working toward a sustainable energy future. More information is available at nrg.com. Connect with NRG on Facebook, LinkedIn, and follow us on Twitter @nrgenergy.

EV100 is a global initiative led by international non-profit the Climate Group, which brings together companies committed to making electric transport the new normal by 2030. Over half of all new vehicles on the road go into company fleets, so it’s crucial that businesses lead the shift to electric vehicles (EVs) through their investment decisions and influence on millions of staff and customers worldwide. Members are increasing demand, influencing policy, and driving mass roll-out - helping to make electric cars more rapidly affordable for everyone.

1 Baseline year is 2020. In 2021, as a result of the Direct Energy acquisition NRG’s fleet electrification goal was expanded from 346 to a total of 1,181 vehicles. The goal aims to convert 100% of light-duty cars, SUVs, vans, and light-duty trucks to all-electric (preferred) or plug-in hybrid vehicles such that typical vehicle miles traveled can largely be accomplished in electric mode. Plant equipment, medium, and heavy-duty trucks are excluded. 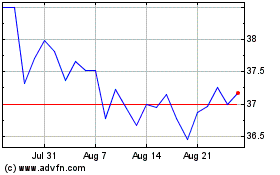 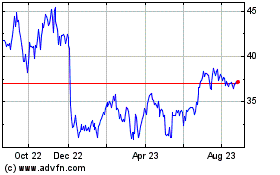 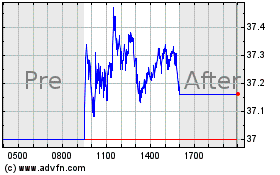