In the first quarter, patients in the U.S. and Europe in particular stockpiled around 2 billion Danish kroner ($318.5 million) of medicines amid the coronavirus pandemic but these patients destocked during the second quarter. Novo Nordisk also noted fewer patients initiating treatment as social-distancing measures around the world were implemented, it said.

The second quarter had strong sales growth of within diabetes care, offset by lower sales of insulin, obesity treatments and biopharm.

Net profit for the three months to June 30 rose to DKK10.63 billion from DKK9.6 billion a year earlier, beating the DKK10.13 billion forecast by analysts in a FactSet poll.

Sales were largely unchanged at DKK30.01 billion against analysts' expectations of DKK30.73 billion. 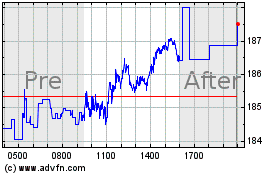