Northrop Grumman Corp. on Thursday said it was selected by the U.S. Space Force to "proceed with its ongoing Protected Tactical SATCOM Rapid Prototype program."

The company said a flight demonstration of its PTS payload is set to occur in 2024.

Northrop Grumman also said it "completed the preliminary design peer review of its PTS prototype in December 2020," and it "demonstrated the interoperability of its prototype with the government's PTS test terminal, and has successfully validated the advanced, anti-jam performance of its design using the Protected Tactical Waveform, an anti-jam communications waveform that allows access to secure, protected communications by the tactical warfighter."

Cyrus Dhalla, vice president, communication systems, Northrop Grumman, said, "Our digital engineering approach has enabled the rapid pace of our analysis and demonstrations, which have validated that the Space Force can deliver significantly enhanced anti-jam performance to the warfighter."

The company said it has been providing jam-resistant payloads for military communications satellites for nearly 30 years. 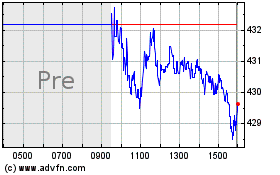