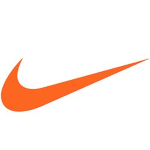 By now, you've likely heard of the " Satan Shoes," black-and-red modified Nike Air Max sneakers whose maker, a company called Mschf claimed they contain a drop of human blood in the sole. Released on March 29, the demonic-looking shoes were not -- as was commonly misreported -- an official Nike release. They were bootlegs created by the rapper Lil Nas X in partnership with Mschf, a controversy-baiting product design firm in Brooklyn. Within a week, the unauthorized shoes drew a blizzard of publicity, and Nike obtained a temporary restraining order against Mschf.

Last Thursday Nike and Mschf settled out of court, with Mschf agreeing to buy back the sneakers from customers at their original $1,018 price -- Mschf claimed that 665 of the 666 pairs it produced had been sold. In a statement following the settlement, Nike reiterated that it "had nothing to do with the Satan Shoes," and that "the parties are pleased to put this dispute behind them." In an emailed statement, the lawyer at Debevoise & Plimpton representing the design studio, David Bernstein, wrote, "MSCHF recognized that settlement was the best way to allow it to put this lawsuit behind it so that it could dedicate its time to new artistic and expressive projects."

The "Satan Shoes," while particularly sensational, are in fact just the latest in a number of highly creative, highly unapproved bootleg sneakers that riff on well-known Nike designs. These shoes are not your traditional cheapo copies that knock off the exact look of an existing Nike model. Instead, they take a popular silhouette like the Air Jordan 1 or the Nike Dunk Low and rejigger the codes of the shoe, spicing it up as a DJ would remix an existing song.

This latest bootleg bonanza began in 2019, when Trevor Gorji, a 22-year-old college student at the University of Southern California, released his "One in the Chamber" sneakers under the brand name Fugazi. They looked like traditional red-and-white Jordan 1 high-tops, only the Swoosh was replaced by a revolver and the perforations on the toe resembled bullet holes. After that came fellow Californian Warren Lotas's Nike Dunk lookalikes in 2020, which featured a Swoosh embellished with the face of the fictional "Friday the 13th" slasher Jason Voorhees. Those shoes were too close for comfort for Nike, and the Oregon sneaker titan sued Mr. Lotas. The two companies reached a settlement agreement late last year and Mr. Lotas has since issued more Dunk riffs, minus the conspicuous Swoosh. Warren Lotas didn't respond to requests for comment.

In more recent months there's been a steady trickle of bootlegs by small sneaker makers. Orée, a New York startup, created the "Empire City Highs" which look like a pair of leather Jordan 1 shoes with a horizontal Statue of Liberty sitting where the Swoosh would go. Vandy the Pink, a Virginia and New York-based clothing customizer, created the "Burger Shoes," with sesame-bun details and a fry replacing the Swoosh. And Plessume in Charlotte, N.C., has sold the "Slam High," a black-and-cream Jordan-esque shoe with a blockier hockey-stick-looking Swoosh. Plessume, Vandy the Pink and Orée confirmed that Nike hadn't contacted them about their designs while Mr. Gorji of Fugazi declined to reply whether Nike had reached out to him about the sneakers. Although it didn't comment on specific examples or brands, Nike said it "will continue to act to enforce its rights in its trademarks and designs."

Nike has traditionally not been very litigious with these types of creative bootleggers and, according to Susan Scafidi, founder and director of the Fashion Law Institute at Fordham Law School, most of these niche companies are not likely to face litigation. She noted that while these sneakers do copy some recognizable attributes of Nike sneakers they don't replicate trademarked elements of the Nike brand such as the Swoosh or the slogan "Just Do It." In the few cases where Nike has taken legal action, such as with Warren Lotas, the Swoosh has often been present on the sneakers. Further, she said, most of these labels are not tarnishing Nike's brand image in a significant, highly public manner.

Lesser-known labels have been riffing on name-brand designs for decades. Starting in the mid-1980s, brands like Sang and Pro Joggs sold Jordan 1 not-quite knockoffs, which were nearly identical to Nikes except the Swoosh was swapped out for an arrow and a check mark-like slash, respectively. By the 2000s, with sneaker collecting becoming more commonplace, more artistic bootlegs began hitting the market. The most infamous was Ari Saal Forman's "Ari Menthol 10" from 2006, a provocative sneaker that mashed up Nike's Air Force One silhouette with the color scheme and logo of Newport cigarettes. Mr. Forman positioned the shoes as an artistic statement and only 252 pairs were made. That small run didn't spare him from receiving a cease and desist from Nike and being sued by Newport, which sparked a lengthy legal battle. Per the terms of a settlement Mr. Forman was required to destroy remaining pairs of his sneakers. As such, the shoes are remarkably rare today and an original pair of Menthol 10s is currently listed on eBay for $12,000, more than almost any Nike from that era. In a 2018 Vice video, Mr. Forman said Nike was "really cool about" the situation by not taking him to court, but cautioned future bootleggers to not "play with tobacco in any sort of way."

What's distinct about the past couple of years is just how many bootleg operators are getting in on the action. This latest boom is entirely made possible by the internet. Sites like Alibaba and even simple Google searches can connect a budding sneaker designer with a capable factory -- most often somewhere in Asia. "Everyone has an opportunity to do something out of their house. You don't have to be in the fashion capitals of the world to make something impressive," said Justice Hanson, 22, who along with his partner Trevor Anderson-Evans, 25, started Plessume earlier this year. The duo knows this firsthand, living in Charlotte, N.C., hardly a fashion hub. Nonetheless, through the internet, they found a Chinese factory and after a sampling process, were able to produce and market their "Slam High."

To get their high-quality creations into customers' hands, these startups have excelled at marketing themselves through social media. Some sneakers are designed with online virality in mind. Mr. Gorji, the founder of Fugazi admitted that the details on his shoe were placed "to spark some sort of conversation" and "essentially to go viral." His plan worked: The $187 shoes were shared broadly on social media and sold out upon their release. He's since reissued them in a white and gray colorway which again sold out and was worn (much to the surprise of Mr. Gorji) by the rapper Drake.

A key asset for these brands is the creators themselves. Fans follow the founders on Instagram and YouTube. Mr. Gorji has over 52,000 followers on his personal Instagram page where he posts photos of what he's wearing (often, his own shoes) or just pictures of him and his friends out to eat. Ray Miah of Orée has a YouTube channel with over 27,000 subscribers where he discusses his personal style and in October teased his sneakers before their launch. These personal peeks behind the curtain are very different from marketing at Nike, a mammoth corporation where trade secrets and designer names are kept under wraps.

These small-time sneaker-smiths also provide a playfulness that mainstream brands lack. Sneaker collectors I spoke with noted that there are only so many times you can see a Jordan 1 in a new colorway before that silhouette starts to look dull. To be sure, Nike sells hundreds of millions of sneakers a year, a figure that dwarfs the few hundred or so pairs released by most bootleggers. Why not, fans ask, try a different kind of Swoosh, or add a new form of perforation? For now, bootleggers offer that off-kilter creativity. "People definitely want something a little bit more unique," said Kristian Aynedter, 25, a barista living near Lake Tahoe, Nev., who has long collected Jordans, but recently bought a pair of the Orée riffs, which he noted tend to turn more heads than the real ones.

This golden age of sneaker riffs may not last long. All three labels I spoke with expressed a desire to move beyond sneakers. Mr. Gorji of Fugazi is already designing Portuguese-made hiking boots and loafers, Mr. Miah is set to launch a sweater shortly and the Plessume team is working on apparel as well. All these creators seemed to have learned the same lesson: To sustain a brand, you need more than just buzz.

Write to Jacob Gallagher at Jacob.Gallagher@wsj.com 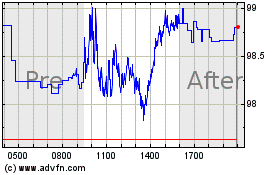