Amazon.com Inc. is in exclusive talks to purchase podcast startup Wondery, according to people familiar with the matter, as the tech giant pushes further into the growing audio sector.

The talks value Wondery over $300 million, the people said. Wondery's last funding round, in June 2019, valued the company at $100 million, The Wall Street Journal reported. The company is on track to increase revenue to more than $40 million this year, according one person familiar with the matter, with about 75% of that coming from advertising and the rest from licensing to TV, subscription services like Audible and Stitcher Premium, and Wondery's own premium subscription service, which launched this summer.

The deal talks are ongoing and negotiations could still fall apart, the people said.

Closely held Wondery is the last large independent podcaster on the market -- and could present the final opportunity for a major tech or media giant to buy its way into the exploding field. Wondery's investors include venture-capital firms such as Waverley Capital, Lerer Hippeau Ventures, Greycroft Partners and Advancit Capital.

Several other podcast startups have been acquired in recent years by major players in the tech and media sectors. Gimlet Media, a maker of narrative podcasts, was acquired by Spotify Technology SA in 2019 for more than $200 million. New York Times Co. in July said it would acquire Serial Productions, maker of the hit podcast "Serial," in a deal that could be worth as much as $50 million depending on milestones and performance metrics, The Wall Street Journal reported.

Wondery, which is known for true-crime podcasts like "Doctor Death," "Dirty John" and "Over My Dead Body," was the sixth most-popular podcast publisher in the U.S. in September, according to audio analytics firm Podtrac, with more than 60 million downloads and streams of its shows. Publishers ahead of Wondery included NPR, iHeartMedia Inc. and the New York Times.

Like many of its peers, Wondery has benefitted from the growth of podcasting among listeners and advertisers. Wondery generates revenue from advertising and licensing revenue -- and optioning the rights to its podcasts to media companies like AT&T Inc.'s WarnerMedia and Walt Disney Co. 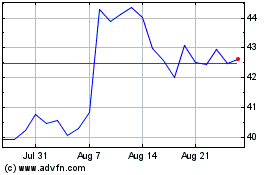 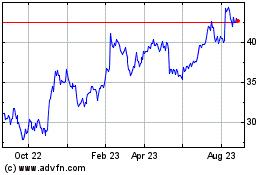 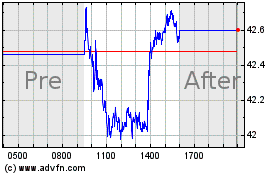