The proceeds of this financing together with available cash will be used to repay at maturity all of Navios Holdings’ outstanding 7.375% First Priority Ship Mortgage Notes (“Ship Mortgage Notes”) due January 15, 2022 and redeem $50.0 million of Navios Holdings’ outstanding 11.25% Senior Secured Notes (the “Senior Secured Notes”) due on August 15, 2022 (after which $105.0 million will remain outstanding).

Details are as follows:

These Loans provide for-

Material Loan FeaturesThe material terms of the Loans are:

Unsecured Convertible Debentures:The Fee and all PIK interest on the Loans will be paid in the form of unsecured convertible debentures. The unsecured convertible debentures (1) have a five-year term, (2) carry PIK interest, at an annual rate of 4% and (3) are convertible, in whole or in part, at any time at the election of the Lender into shares of common stock of the Company at the conversion price formula fixed on December 13, 2021. The holder of the Unsecured Convertible Debentures will be entitled to vote on an “as converted” basis along with the holders of common stock of the Company.

Further InformationReports on Form 6-K will be filed with the Securities and Exchange Commission, providing further details on the transactions.

About Navios HoldingsNavios Maritime Holdings Inc. (NYSE: NM) is a global seaborne shipping and logistics company focused on the transport and transshipment of dry bulk commodities including iron ore, coal and grain. For more information about Navios Holdings, please visit our website: www.navios.com.

Forward Looking Statements – Safe HarborThis press release contains forward-looking statements (as defined in Section 27A of the Securities Act of 1933, as amended, and Section 21E of the Securities Exchange Act of 1934, as amended) concerning future events, including our ability to refinance our near-term debt maturities. Words such as “may,” “expects,” “intends,” “plans,” “believes,” “anticipates,” “hopes,” “estimates,” and variations of such words and similar expressions are intended to identify forward-looking statements. These forward-looking statements are based on the information available to, and the expectations and assumptions deemed reasonable by Navios Holdings at the time these statements were made. Although Navios Holdings believes that the expectations reflected in such forward-looking statements are reasonable, no assurance can be given that such expectations will prove to have been correct. These statements involve known and unknown risks and are based upon a number of assumptions and estimates, which are inherently subject to significant uncertainties and contingencies, many of which are beyond the control of Navios Holdings. Actual results may differ materially from those expressed or implied by such forward-looking statements. Factors that could cause actual results to differ materially include, but are not limited to risks relating to: global and regional economic and political conditions including the impact of the COVID-19 pandemic and efforts throughout the world to contain its spread, including effects on global economic activity; demand for seaborne transportation of the products we ship; the ability and willingness of charterers to fulfill their obligations to us; prevailing charter rates; shipyards performing scrubber installations, drydocking and repairs; changing vessel crews and availability of financing; potential disruption of shipping routes due to accidents, diseases, pandemics, political events, piracy or acts by terrorists, including the impact of the COVID-19 pandemic and the ongoing efforts throughout the world to contain it; uncertainty relating to global trade, including prices of seaborne commodities and continuing issues related to seaborne volume and ton miles; our continued ability to enter into long-term time charters; our ability to maximize the use of our vessels; expected demand in the dry cargo shipping sector in general and the demand for our Panamax, Capesize, Ultra Handymax and Handysize vessels in particular; the aging of our fleet and resultant increases in operations costs; the loss of any customer or charter or vessel; the financial condition of our customers; changes in the availability and costs of funding due to conditions in the bank market, capital markets and other factors; increases in costs and expenses, including but not limited to: crew wages, insurance, provisions, port expenses, lube oil, bunkers, repairs, maintenance, and general and administrative expenses; the expected cost of, and our ability to comply with, governmental regulations and maritime self-regulatory organization standards, as well as standard regulations imposed by our charterers applicable to our business, general domestic and international political conditions; competitive factors in the market in which Navios Holdings operates; the value of our publicly traded subsidiaries; risks associated with operations outside the United States; and other factors listed from time to time in Navios Holdings' filings with the Securities and Exchange Commission, including its Forms 20-F and Forms 6-K. Navios Holdings expressly disclaims any obligations or undertaking to release publicly any updates or revisions to any forward-looking statements contained herein to reflect any change in Navios Holdings' expectations with respect thereto or any change in events, conditions or circumstances on which any statement is based. Navios Holdings makes no prediction or statement about the performance of its common stock or debt securities. 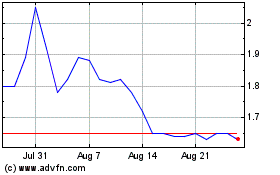 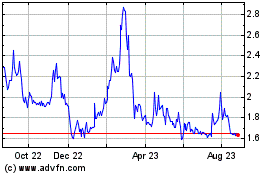 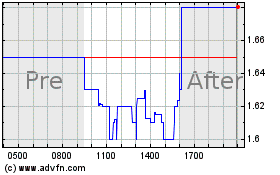